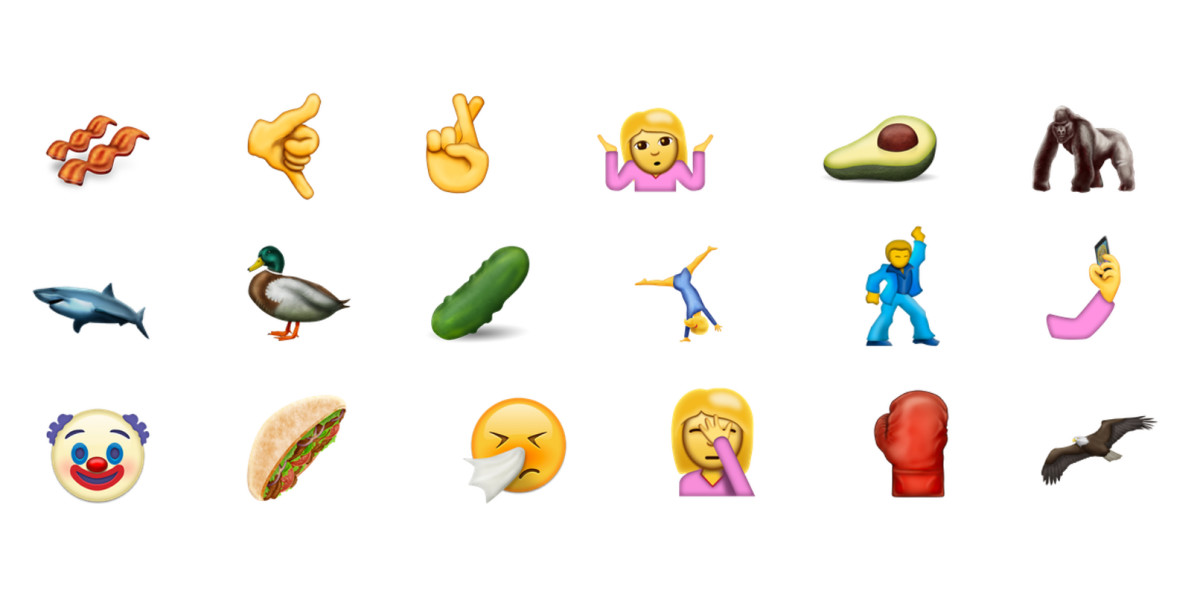 Update: As of June 21, these new emoji have been released by Unicode – but it might be a while before they begin to show up in apps and platforms like Android and iOS.

The Unicode Consortium has accepted 74 new emoji characters as candidates for Unicode 9.0 which is scheduled for release in mid-2016.

For iPhone owners, that means that any, or all, of these could make their way to your iPhone running iOS 10 when it drops. Based on past Apple trends, this will likely happen in September.

You can see the full list here, as well as some of the current mockups, but some of the highlights are the cucumber — which will no doubt be 2016’s version of the eggplant — bacon, selfie, the thumb and pinkie making the “call me” symbol, a shrug emoji and a better stamp for all of your ‘Merica posts, the bald eagle.

You’ll also see a lot of odd ones that probably won’t make the final cut, like wrestlers, a canoe, a wilted flower and the carrot. Actually, with the popularity of the eggplant, the carrot will probably make it.

Read next: BitTorrent Sync adds folder encryption and other features for power users