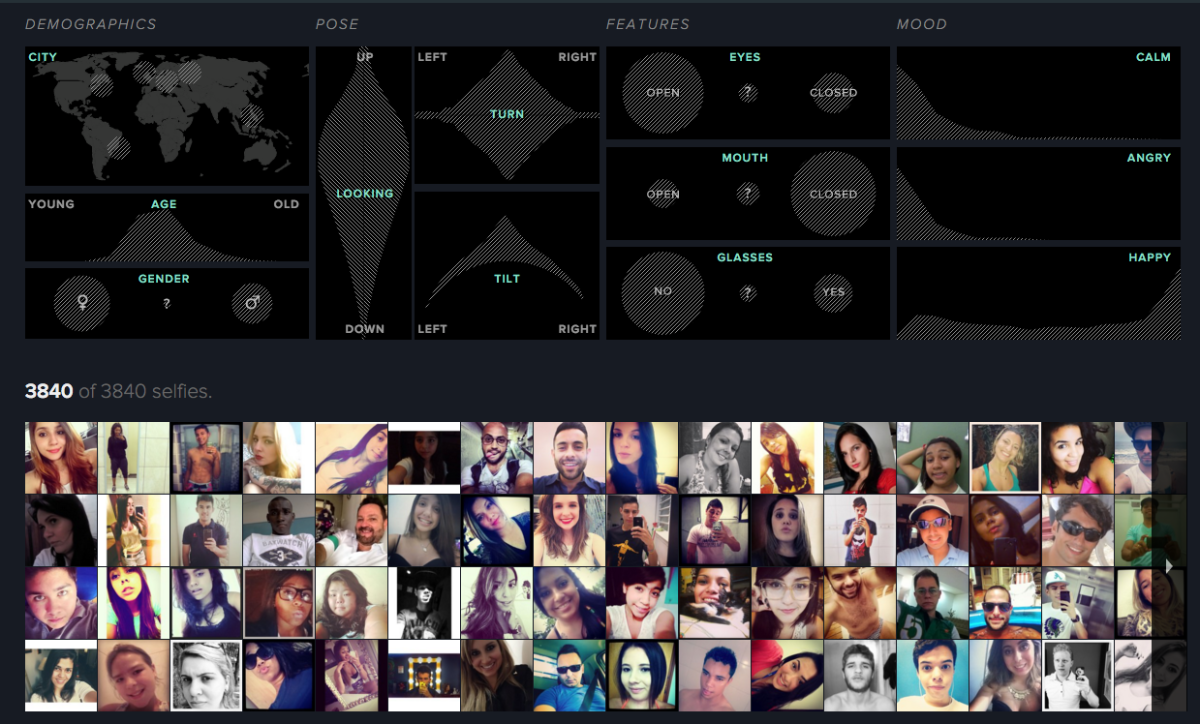 Do women take more selfies than men? What’s the most popular camera angle? Is the right side of our face better than our left?

You can now explore and compare global selfie trends with Selfiexploratory, an interactive dashboard from the team behind Selfiecity that analyzes thousands of Instagram pics from six major global cities.

Young women are, of course, the major posters of selfies whether that’s in New York, London, Berlin, Moscow, Bangkok and Sao Paulo, but female selfies are particularly abundant, and the women are particularly young, in Moscow.

More than 80 percent of selfies tagged in Moscow are taken by women, compared to just 55 percent in Bangkok, where the guys are clearly more cool about snapping a nice pic to show the world.

The study of 3,840 public photos, 640 for each city, shows that posting a selfie after age 40 is a pretty much a global taboo, but in the over-30s, more men post selfies on Instagram than women.

The team combined AI analysis using the Orbeus ReKognition API with human help from Amazon’s Mechanical Turks to try to help them establish the mood, pose and different features, like whether people are wearing glasses.

Combining different attributes, you can find out that just three men in the dataset were aged over 40, live in NYC and do not wear glasses – and one of them is Jerry Seinfeld!

The team went through hundreds of thousands of images to get to the final set, finding that just four percent of the pictures they found on Instagram were actually selfies.

That’s perhaps surprising, given they’ve even sparked their own line of helpful accessories.

So what’s the best way to take a selfie?

According to the database, across the world it’s happy or calm over grumpy, keeping our eyes open and our mouths closed.

Read next: You can now run a Twitter poll for five minutes -- if you really want to