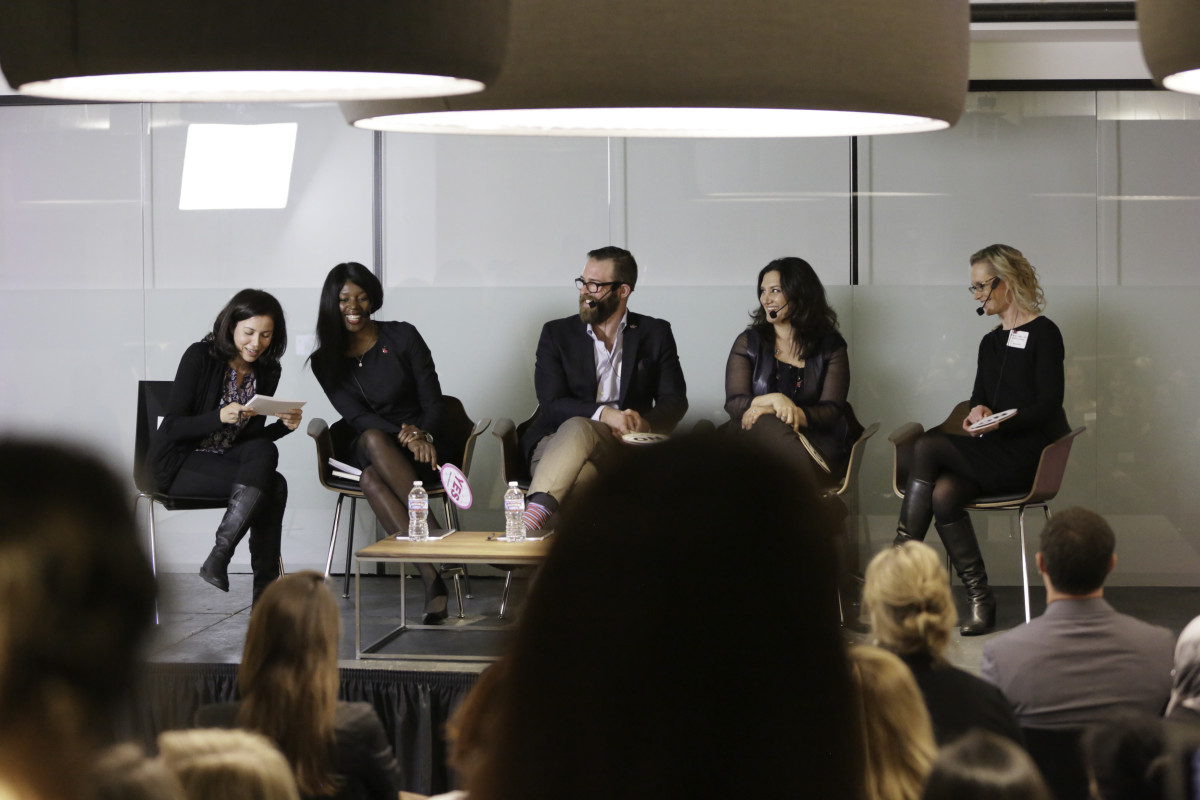 On the whole, Silicon Valley prides itself on being an example of business progressivism and liberal-minded ideals. It is a place where (at least some) people feel confident that companies are moving the needle to create better business environments for workers of all kinds. But at an event discussing the initiatives of the UN’s #HeForShe program at the San Francisco office of communications firm Text100, the talk was very pragmatic.

In fact, three of the four guests — all of whom were working on gender equality in some meaningful way with coordination from the UN — felt that American women would not reach work equality with men within their lifetime. And even more sobering attitudes on how women are represented in the corporate workplace.

“Progress has really stalled. We sociologists call it ‘stalled gender progression,'” said Marianne Cooper, sociologist at the Clayman Institute for Gender Research at Stanford University and the lead researcher of Sheryl Sanberg’s equality opus ‘Lean In.’ “When you look at the highest levels in society, women are not represented.”

One of the panelists, Jive Software CEO Elisa Steele, is a rarity in business — statistically women hold less than 15 percent of executive officer roles — and her real-life experience echoed many of the research that Cooper has reported:

Silicon Valley is a place where people look for innovation in all sorts of things. I think we have some innovation in people of all kinds starting companies, but [for gender representation] the numbers don’t play out.

But of course, level of inequality in the workplace is a problem for everyone, not just those who are underrepresented. That’s the entire goal of #HeForShe, which launched with a notably moving speech from actress Emma Watson: to bring men into the conversation of women’s equality and breaking down the global stigma of women’s rights.

The movement’s leader, Elizabeth Nyamayaro, articulated that the key to understanding gender equality — whether the campaign is working in rural Africa or in San Francisco — is that it needs to go beyond women. Additionally, people have more power than they think.

“At #HeForShe we think: What can an individual man or boy do?” she said. “What can a single woman do?”

In the context of Silicon Valley, that question has been part of some of the answers presented by big tech companies like Facebook, but it also hasn’t done much to move the needle on bringing more women into the business at every level: most of this year’s diversity reports have yet to solve for how to get women and underrepresented minorities on track for career growth.

But if men are the key to helping women succeed in Silicon Valley or beyond, how does that happen? According to research from Lean In, 72 percent of men already believe that both genders have equal access to opportunities, and 16 percent actually believe women have more opportunities than men. The idea that equality is somehow directly damaging to men is a pervasive idea, even in a so-called meritocratic system like the tech industry.

The lone man on the panel, PwC Partner Colby Connor says that part of the battle is trying to get men to think about women outside of their relationships to men. While many men commonly empathize with women this way, he said that it doesn’t help if executives and managers don’t think about what it’s like being a young woman in a workplace today.

“Women in the firm are not your mom, your sister or your wife,” he said.

Connor added that another major way men can reshape the narrative surrounding equality is simply by meeting people.

“Men need to actively, every day, fill their network with diverse people in their personal and professional lives,” he explained.

While all of the panelists agreed that gender equality in the workplace is a sustained battle, it was Nyamayaro who remained the optimist. In addition to believing that gender equality could be solved in the coming future, she believed that changing the viewpoint of even one person could help shift the tide to break through the challenges of gender inequality.

“When we have enough people in society believe something is true, then it will be true,” she said.

The work that Silicon Valley must do in order to become the industry of innovation in both practice and culture is immense. Although there are changing attitudes about gender equality — Cooper noted that this was the first time she had active communal discussions about how to solve for it — there are many more issues that need to be worked through.

One of those is the battle of LGBTQI people, which Nyamayaro said will be within the next phase of #HeForShe in the coming weeks. By including all genders and sexual orientations within the program, Nyamayaro says that she hopes #HeForShe will be a driver of more acceptance of all walks of life.

“We want to achieve gender equality,” she said. “It’s that simple.”