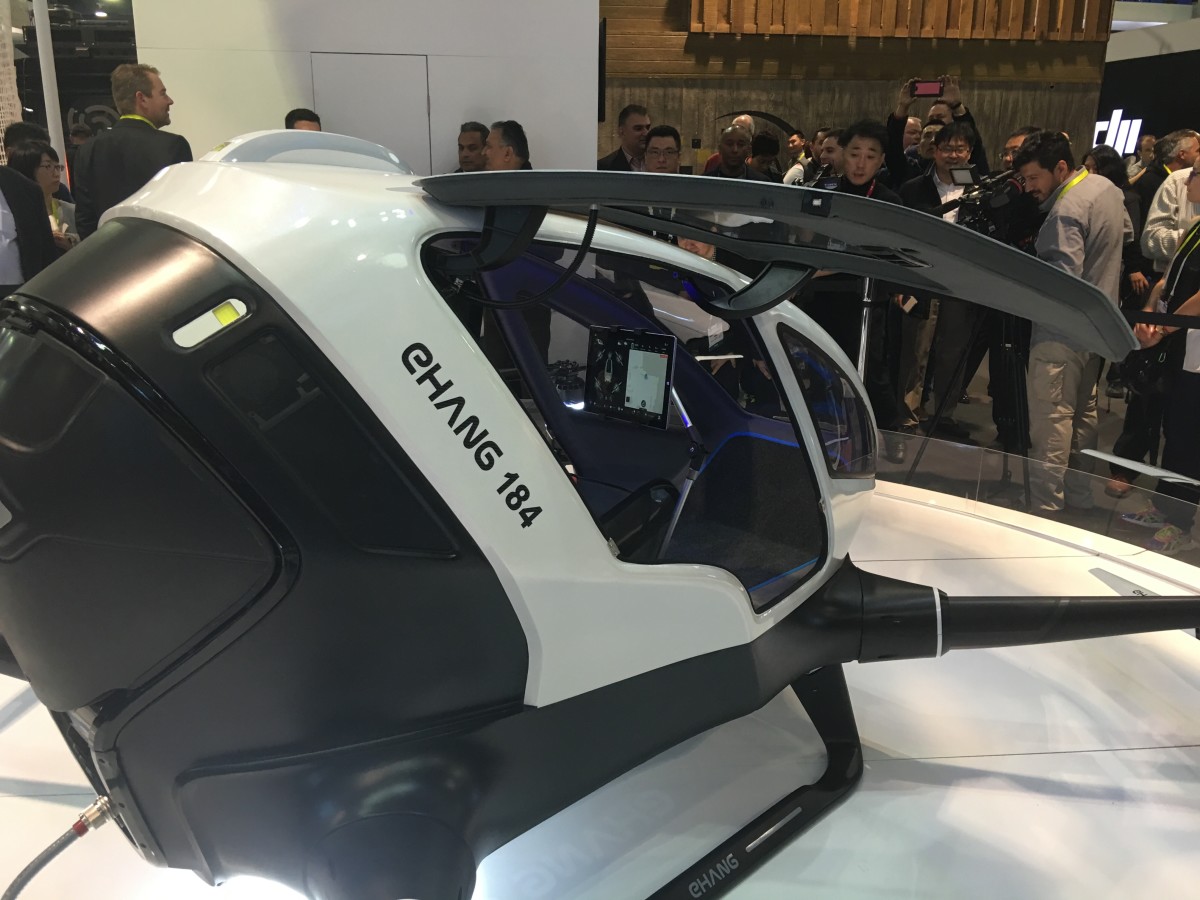 CES is ripe with buzz about consumer drone technologies: autonomous drones, obstacle avoidance technologies and better batteries that can dramatically increase flight time. But, what if you could combine all of those technologies and the ability to carry people?

That’s exactly what Chinese aeronautics company, EHang is doing with its latest drone technology, the EHang 184.

The single-seater electric drone can carry up to 130 kilos (286 pounds) of payload including a single passenger and a few small bags. Well, for 23 minutes at least.

Currently, EHang is testing the technology in China including live human flight testing. So far, the aeronautics company has logged over 1,000 hours of human-in-flight tests, with plans to double or triple that that over the next several months. 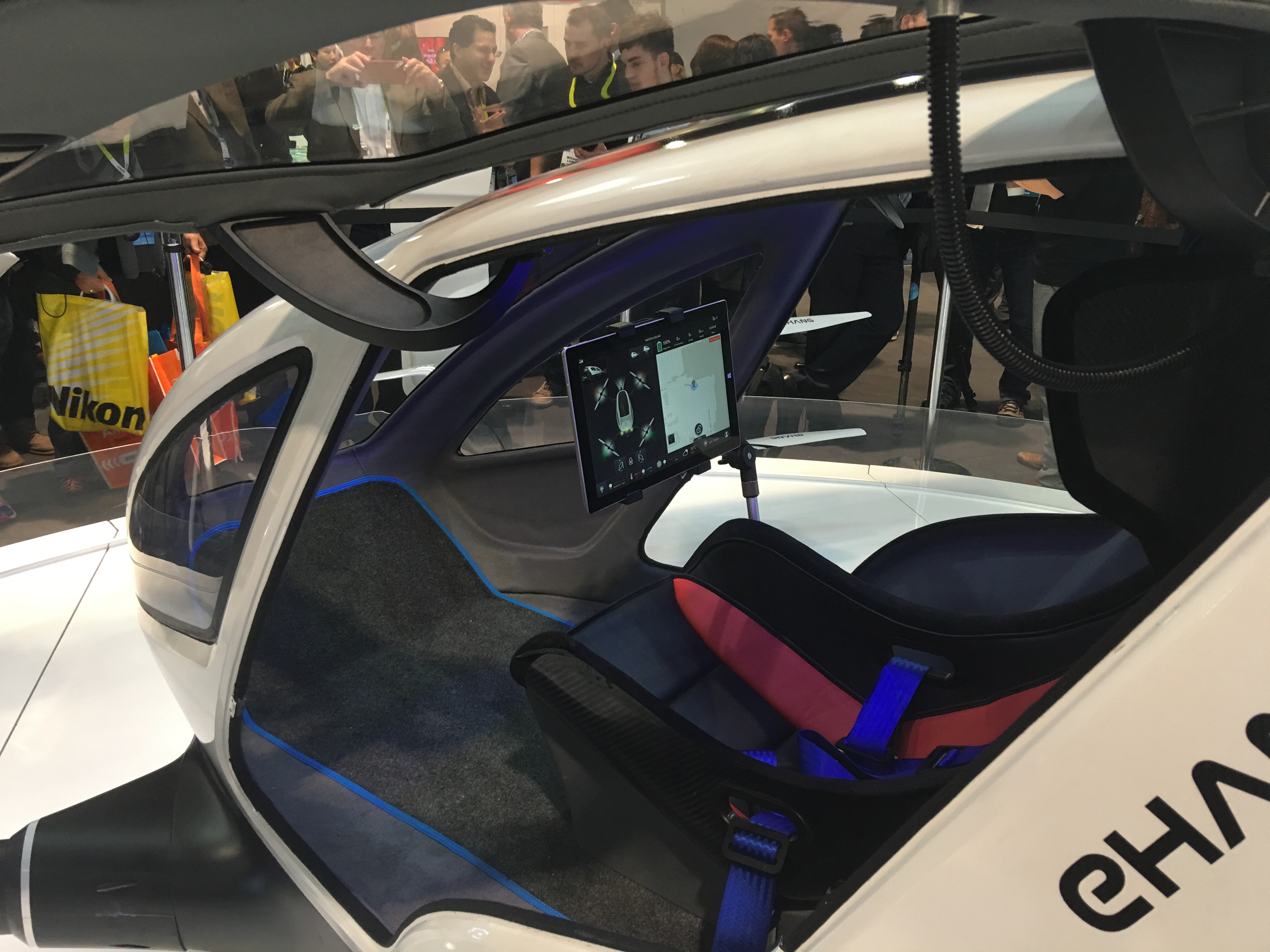 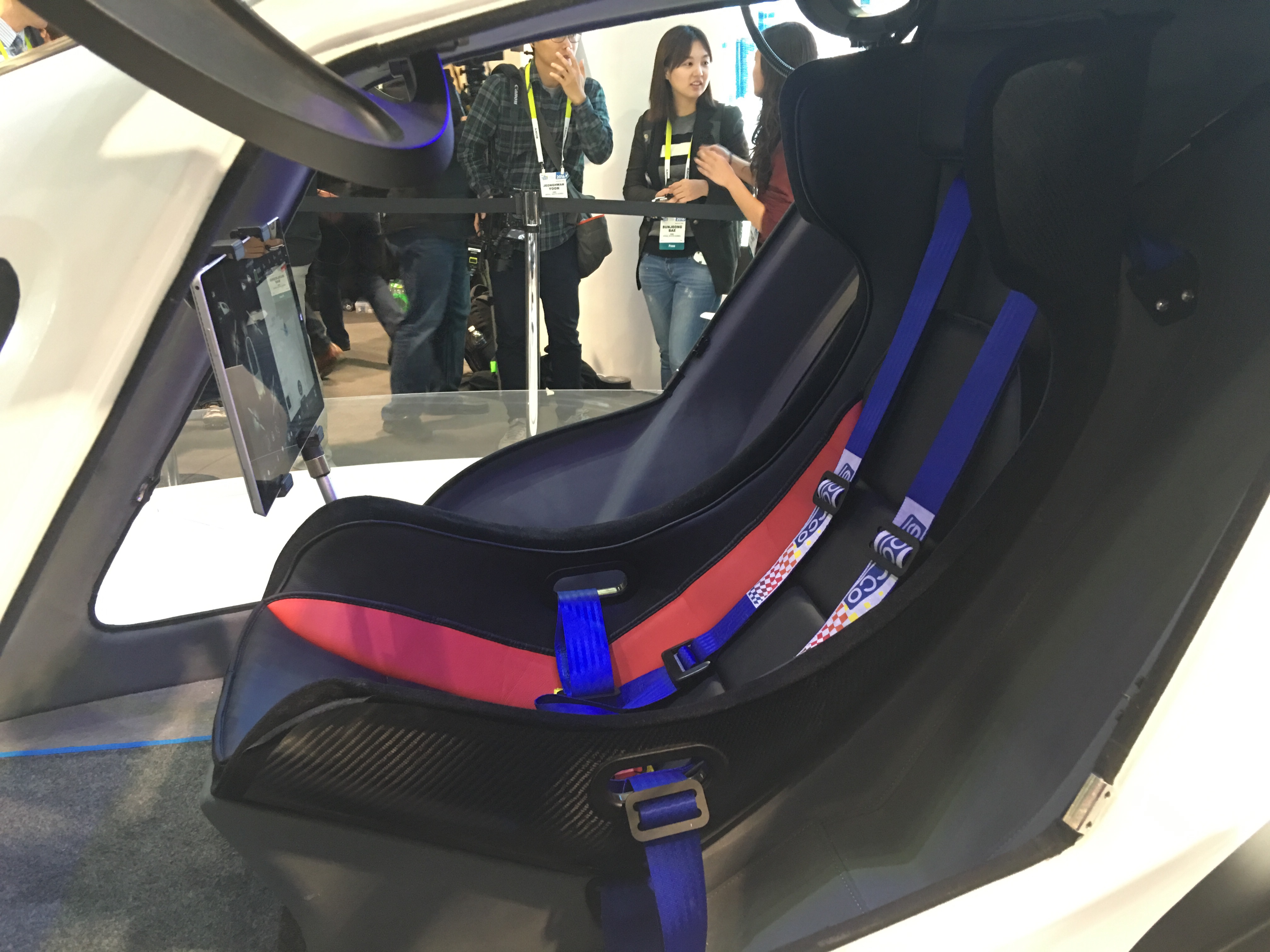 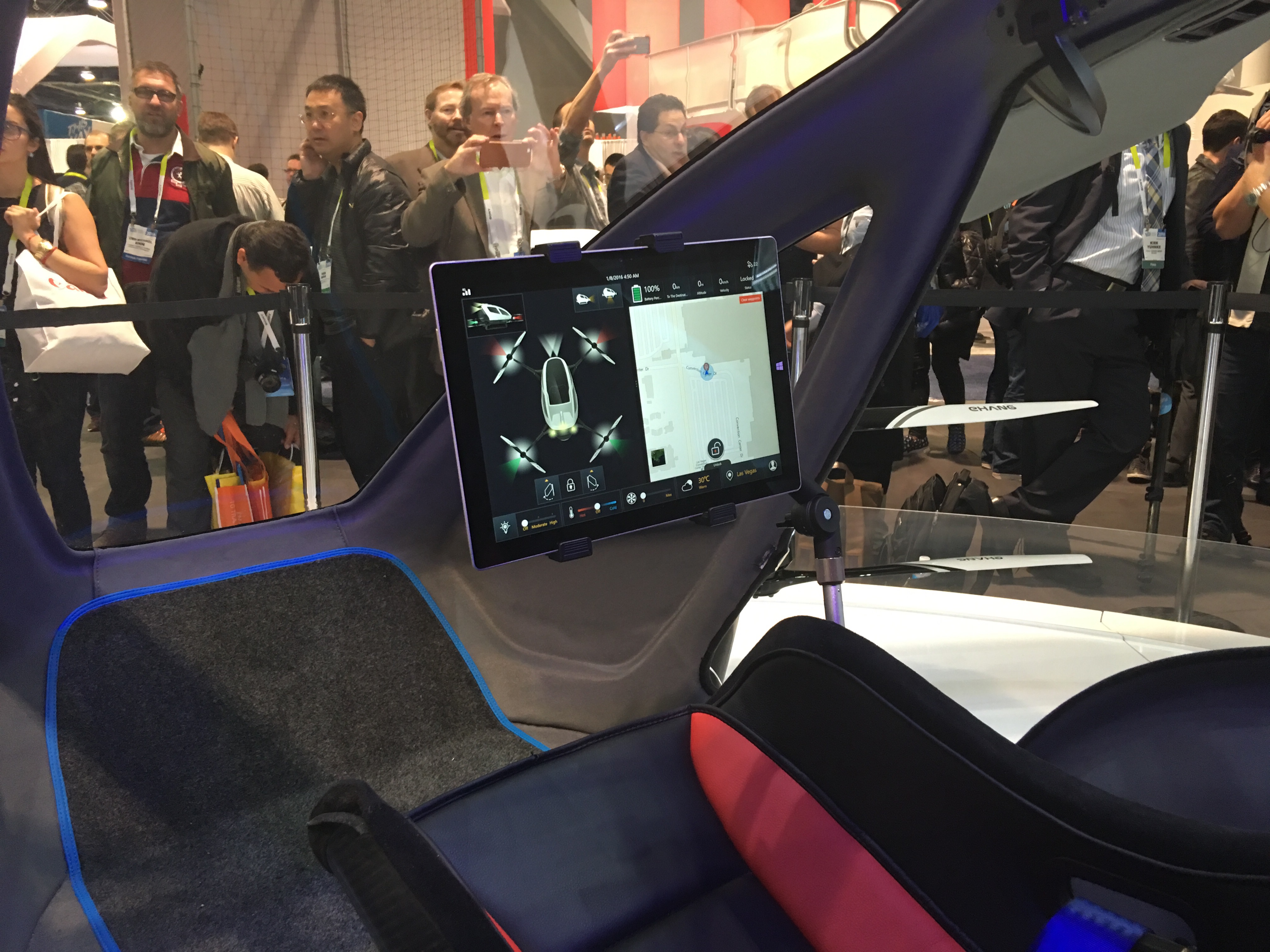 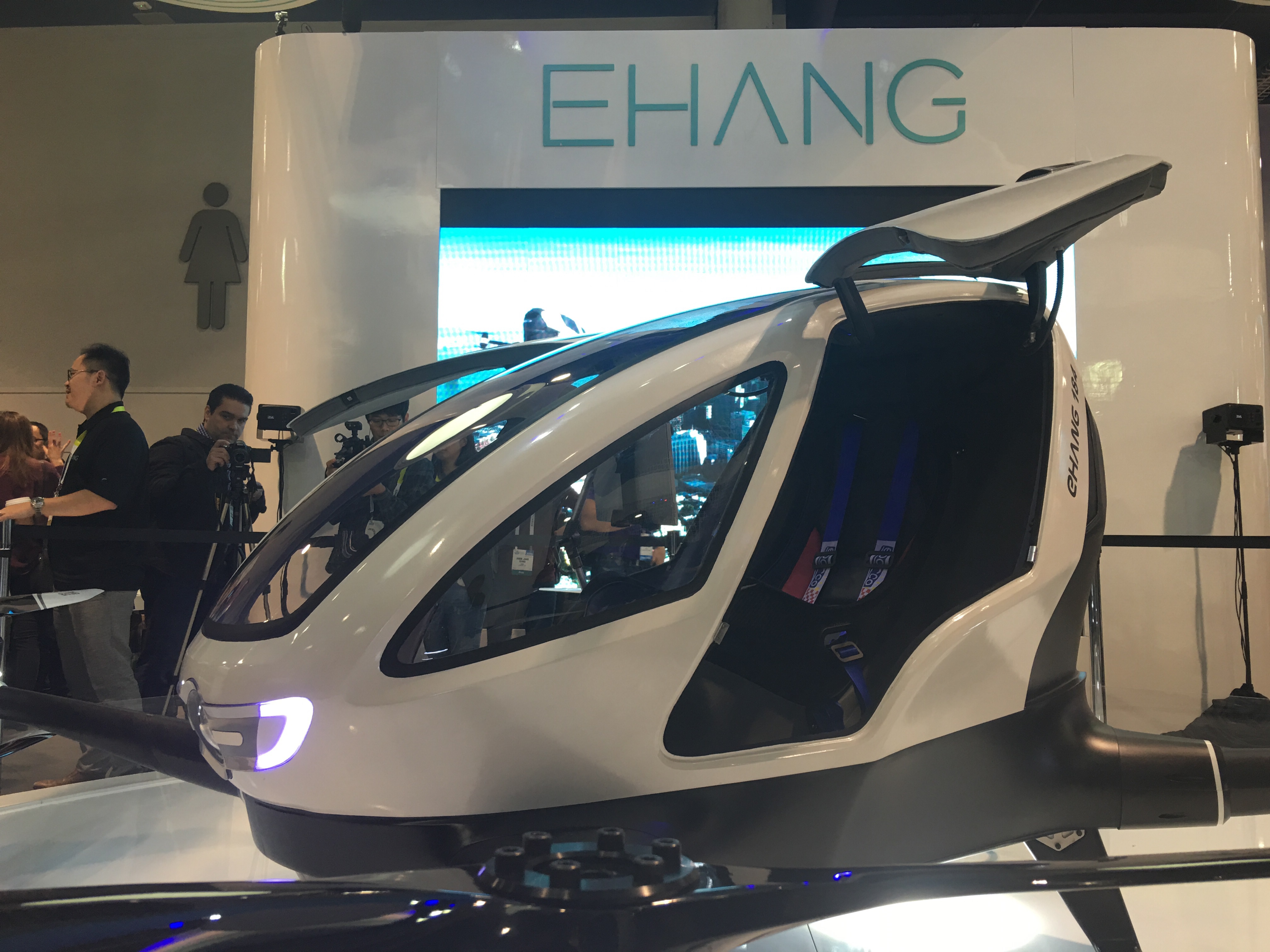 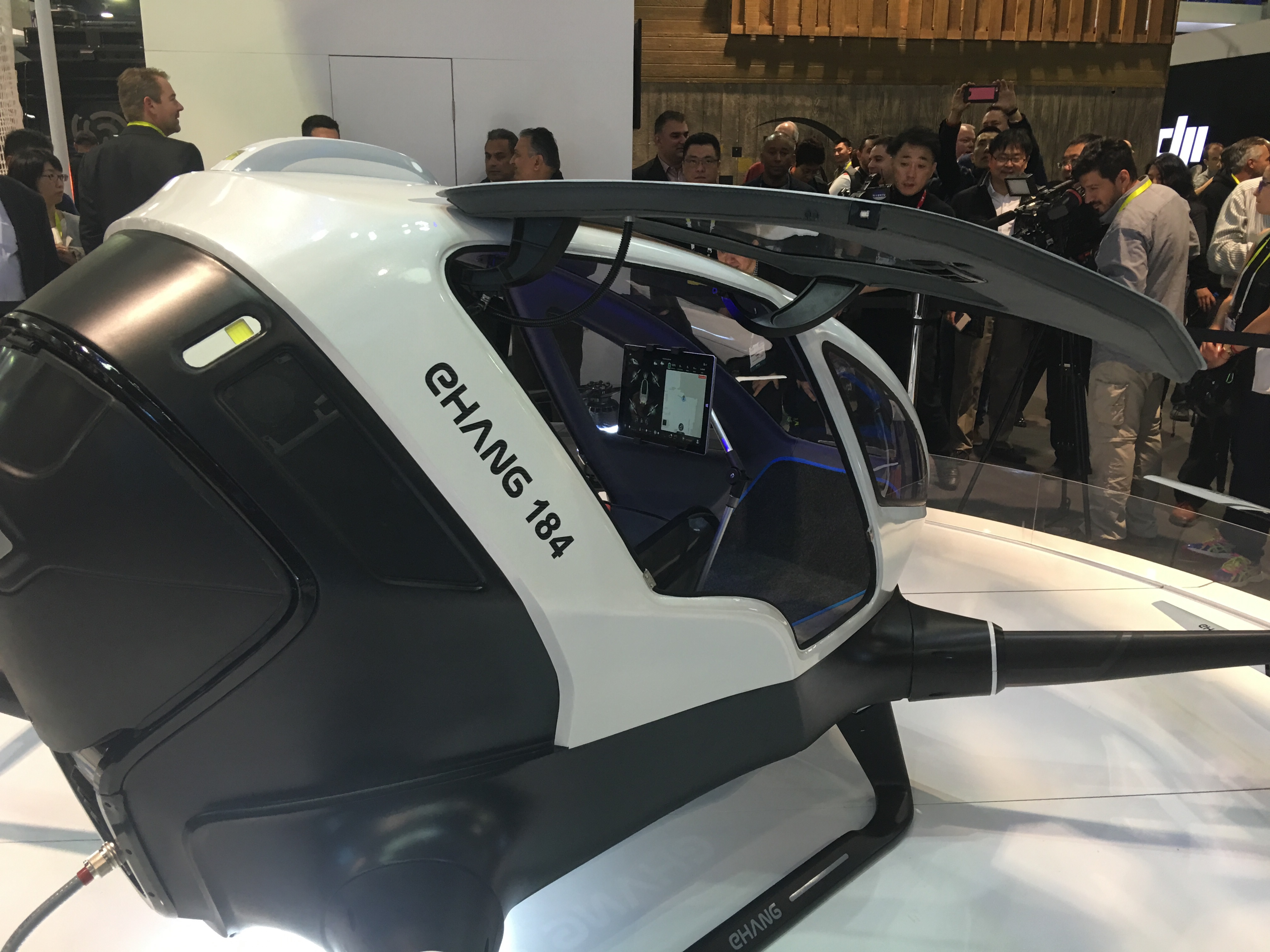 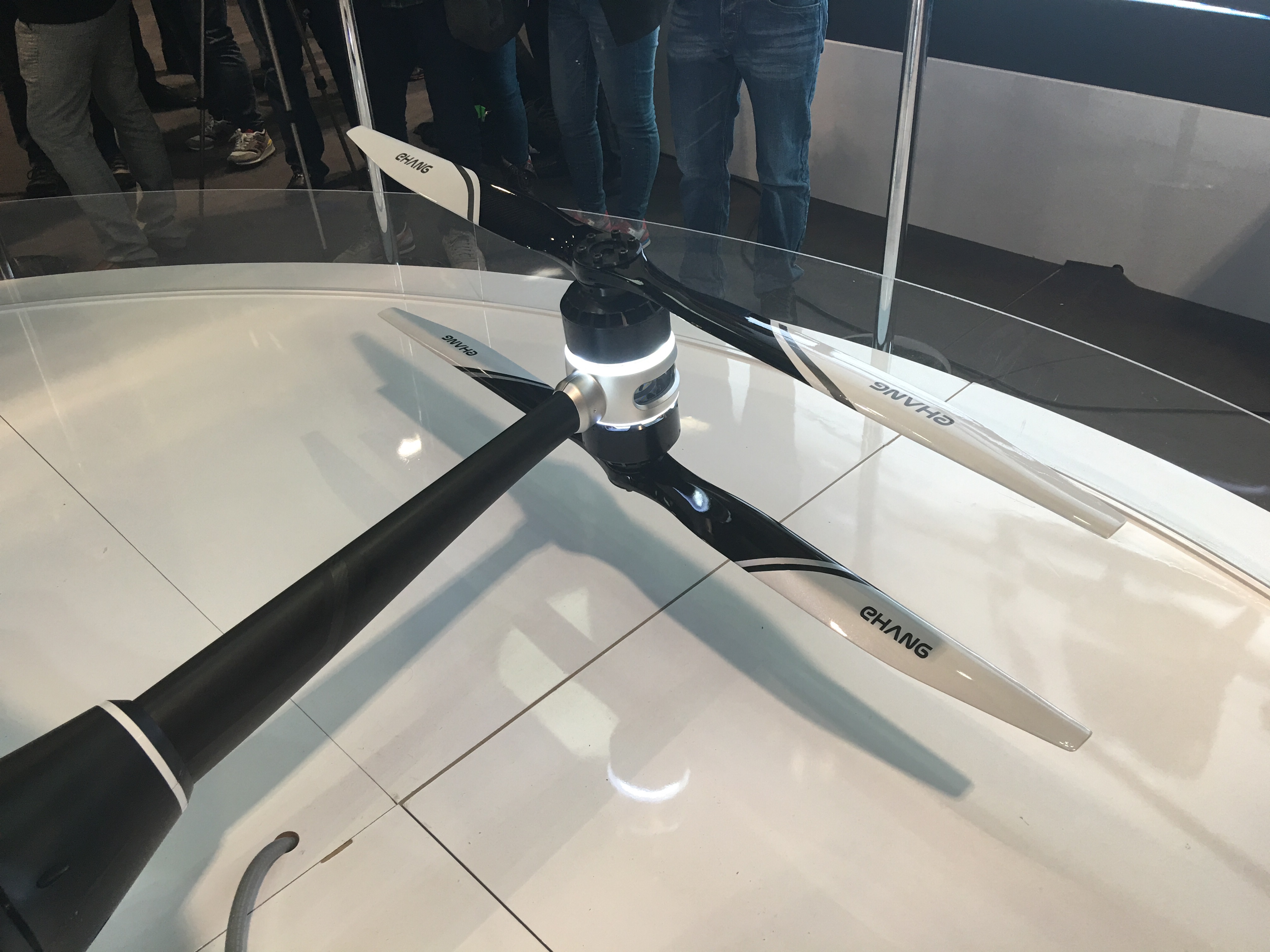 The airborne shuttle doesn’t require any testing or special training for its human occupants other than knowing how to work a GPS unit. Simply enter your location and the drone does the rest. If it runs into a mid-flight emergency or system malfunction, it hands off the controls to a live pilot at a control center that will navigate you safely to the ground.

Safety was obviously a key aspect in the design for EHang. In addition to remote human flight assistance, the drone will automatically land itself at the nearest safe spot should you start to run out of battery. Once on the ground, it’ll take about four hours until fully charged and ready for another flight.

The body weighs just under 50o pounds and is made almost entirely carbon fiber. It’s strong and well equipped with a quad-propellor design, internal tablet for touchscreen navigation control and a bucket seat designed to make your journey more comfortable.

When asked about regulatory hurdles, EHang CEO Huazhi Hu commented that this was “virgin territory” and that he’s currently working with the FAA and the organization’s attitude so far has been “supportive.” He said that EHang and the FAA hope to map out what regulations for this type of vehicle would look like so that his company can start test flights in the US later this year.

Read next: FCC: Broadband is not being deployed fast enough in the United States