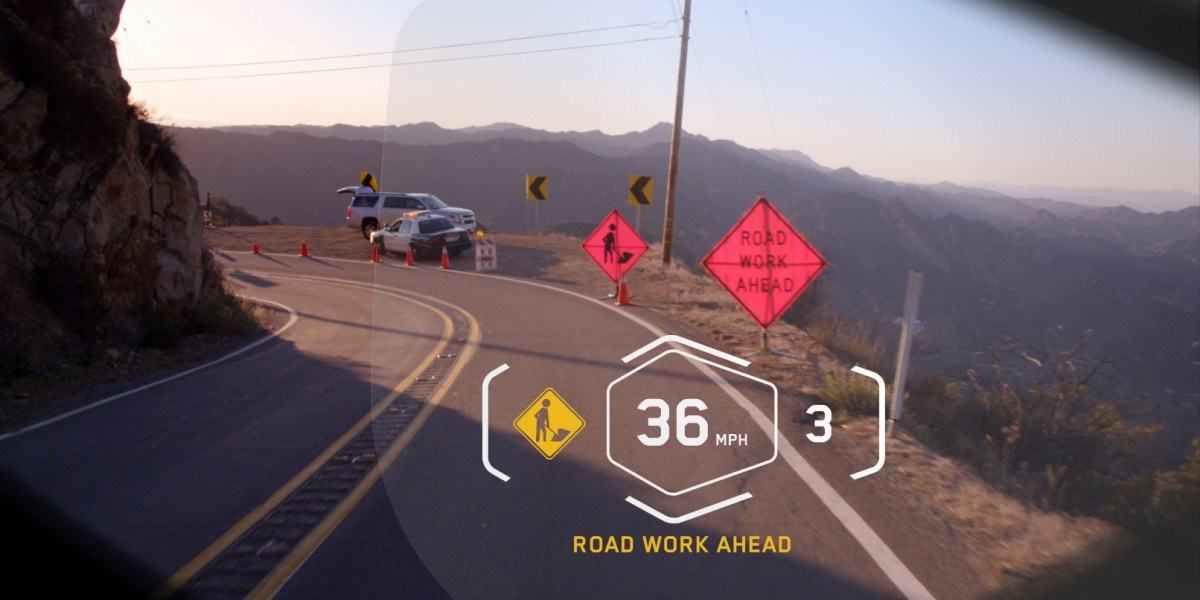 At CES, you get to see a lot of crazy tech, some of which has a firm release date and price, and some of which is little more than vaporware at the point of announcement.

This year, towards the more ‘concept’ end of the scale, BMW showed off its plans to make riding a motorcycle safer by providing riders with augmented information via a heads-up display mounted inside a helmet.

It’s essentially based on the similar (optional) heads-up display tech that BMW offers in some of its cars, focused on displaying things like speed, selected gear, tyre pressure and other relevant information (e.g. speed limit and road sign recognition) without needing to glance down at your bike’s instrument panel.

BMW says the display is freely programmable, so the rider can choose to show the most relevant information before setting off. The display is also usable as a sat-nav.

The company also says that the helmet would be able to warn you of impending danger, once vehicle-to-vehicle communication becomes commonplace.

The concept helmet also packs in a “mini-computer” and speakers, and is controlled from the handlebars of a BMW Motorrad. This also allows control of an externally mounted camera on the front of the helmet, and allows the possibility of mounting a rear-facing camera for a pseudo-rear view mirror effect.

Best of all, BMW says that the heads-up display can be integrated into existing helmets without any hassle or compromising safety, and that the the system can run on two replaceable batteries for around five hours.

Now the bad news, there’s zero indication of how much it could end up costing to retrofit into your existing helmet, and that’s hardly surprising given that BMW says the technology is still a “few years” away from being production-ready.