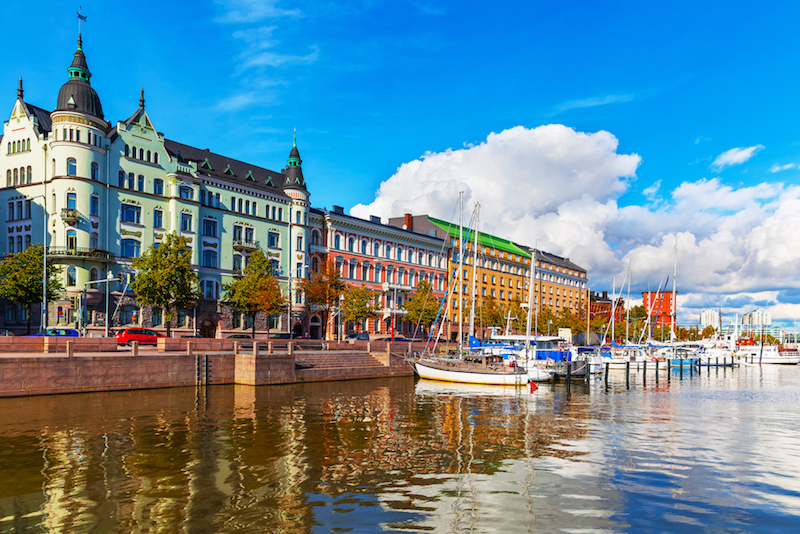 Although Finland is in the throes of serious economic malaise, the country’s startups are doing their best to ignore dire forecasts and national gloom, pervasive across all sectors.

Once the pinnacle of Finnish innovation, Nokia has lost most of its market share and the country’s economy is far from showing any signs of recovery, but Finnish startups, coupled with an ambitious, skilled and internationally oriented youth, might eventually lead the country out of the shadows.

While Finns are highly educated and well-versed in cutting edge technology, there are a number of reasons why skills alone might not be enough.

The main mistake Finnish startups make is that they stay too long in only in the Finnish market. In Finland there’s not much competition and it’s fairly easy to be successful here. But then, when they try to go global, they face fierce global competition and oftentimes struggle to build a profitable business outside Finland.

The best startups go for the global markets right from the get go. Another hurdle is the limited amount of VCs in Finland and small investment rounds compared to other markets. A third hurdle is related to sales and marketing skills: Finns are very good at building products, but not good at storytelling. – Pekka Koskinen, the CEO of LeadFeeder

Last month I had a chance to take a closer look at the Finnish startup scene at Slush, a startup conference with over 15,000 participants from around the world. While there are dozens of promising Finnish startups, the following list features 10 startups that are doing many things right: their focus is global, they attract investments from abroad and have a solid grasp of marketing and therefore, are well worth your attention in 2016.

Aptly named the Internet of Shit, Enevo – an IoT startup –  has built a device for next generation waste management.

Founded by Fredrik Kekäläinen, the company developed a sensor-based waste collection system to track waste in order to significantly reduce the costs of waste management logistics.  In June, the company raised $15.8 million of funding from notable Finnish entrepreneurs and VC’s including Lifeline Ventures, Earlybird and Foxconn.

Enevo is currently expanding globally with several pilots in a number of countries and cities around the world and is likely to announc exciting developments in 2016.

Founded by Pekka Koskinen, a serial entrepreneur and an angel investor, Leadfeeder targets the b2b world by helping companies understand more about the behavior of their website visitors and how to use the information to convert promising visitors to sales leads.

The software connects to Google Analytics and shows which companies visited the website. Users then receive a daily email with a list of companies that visited their website. At the helm of the company is Koskinen – who has launched a number of successful companies. Leadfeeder’s value proposition, coupled with a high demand for reliable analytics software, puts the company on the path to success.

Advertising automation platform Kiosked is one of the behemoths of the Finnish startup scene.

Earlier this month the company raised $30 million in Series B funding. The company’s ad platfrom reaches over 280 million consumers via publishers such asIDG, The Daily Mail Answers.com and Perez Hilton. Headquartered in Espoo, Finland the company was founded by Micke Paqvalén who is also the CEO of Kiosked. In a recent interview with a local Finnish newspaper,  Paqvalén suggested that the company is looking for a fivefold increase to its turnover.

Based in Helsinki and headed by Johan Lorenzen, Holvi is riding the fintech wave.

The company was founded in order to make the most of new European banking regulations. Holvi offers a banking service that included bookkeeping and money management in one simple interface. Last year Holvi closed its latest funding year for $1.37m, bringing the total funds raised to $2.72. In May, Holvi opened its bank service to users in Finland with more countries to follow. In August, the company announced its mobile app for iOS and Android.

Headquartered in Helsinki, Smartly.io is a Facebook ad platform for agencies and marketers. The company’s first funding round raised $2.78m and while Smartly.io hasn’t revealed its projections for next year, the CEO Kristo Ovaska told a local Finnish paper that the company is looking for a significant increase in turnover next year.

Last month, Smartly was included as one of Instagram Partner Program’s partner companies and in July, the company was one of the winners of Facebook’s Innovation Competition.  According to Facebook, Smartly’s “Dynamic Image Templates makes it easy for advertisers to efficiently edit thousands of product images pulled in through dynamic product ads.”

Backed by Inventure, a Helsinki based VC, Bitbar’s flagship product Testdroid, is used to test the reliability of mobile apps, both Android and iOS. The product’s distinguishing feature from other cloud-based testing services is its ability to test across multiple devices.

Headquartered in Helsinki, the company’s clients include household names such as Rovio, PayPal, Supercell, Foursquare and Skype, which use Testdroid to build apps and games.

Reforged Studios is a Helsinki-based gaming company founded in March 2015. In October the company announced a $2.5 million investment from NetEase, a leading China-based Internet technology company. Unlike many other Finnish startups, Reforged Studios looks to Finland for skilled workforce.

“We chose Finland as our headquarters for a reason…The low development costs of a welfare state, combined with high level of talent, give us an edge here,” Teemu Vilén, the CEO of Reforge told Politico.

Based in the Finnish city of Espoo, Yoogaia offers live web-based online yoga classes. The company charges a monthly subscription fee which is significantly lower than tradition gym membership. In August, the company raised $3 million in seed funding from Nokia Growth Partners, Inventure and Sanoma Ventures to take its platform to additional markets.

Considered a leader in its niche, Helsinki-based Walkbase provides brick and mortar stores an ability to monitor their customer behavior.  The company’s in-store analytics and marketing solution is tailored for offline retailers. The Walkbase smart device is installed in stores for real-time monitoring of shopping habits. Founded in 2010, the company has raised a total of $4.16m. Earlier in December, Walkbase announced that it had “analyzed 46,663 visits by 24,715 unique smart devices at the annual start-up and technology conference, Slush” to show off its technology.

Considering Finland’s cold climate and introverted population, the best meal is the one enjoyed alone at home in silence.

Startups such as the Helsinki-based food delivery app, Wolt are tapping into the uniquely Nordic phenomenon. The company is utilizing the so-called sharing economy as its stepping stone, offering anyone an opportunity to become food delivery courier. Wolt shows nearby restaurants on the mobile screen for customers to order food or book a table in a nearby restaurant.

Working with over 200 restaurants, Wolt has generated plenty of interest and earlier in the year raised a new investment round led by Poju Zabludowicz, Finnish-born British business magnate.

There are dozens of Finnish startups that are looking to make their mark in 2016, but the aforementioned companies have passed some major hurdles to make them the ones to watch in 2016.

Read next: SoundCloud agrees to pay royalties after five-year negotiation with publishers