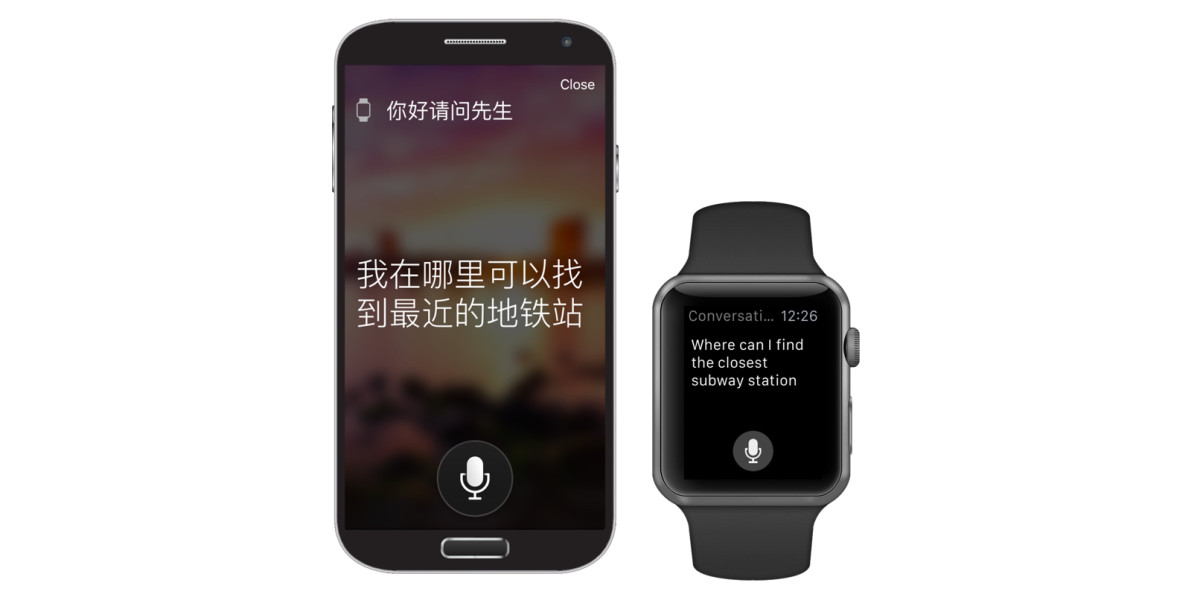 Personally, this is one of my favorite mobile apps, and as a gringo living in Mexico, it’s easily one of my most-used.

The speech recognition is top-notch, translations are generally good and the speed at which it does this allows you to have conversations in close to real-time with only slight pauses as each party reads the screen.

Until now, the only negative was in the fact that these conversations typically took place with two or more people crowded around a 4 or 5 inch screen. Today, that changes.

For users with an Android Wear or Apple Watch, you can now enjoy a close-to-seamless real-time conversation by handing over your phone while you use the built-in microphone on your smartwatch.

Speak into a wearable, and translated text is displayed on a smartphone for your conversation partner to read. They can then speak into your phone’s microphone to have translated text show up on your smartwatch.

Both the iOS and Android apps are powered by the same engine as the rather futuristic, Skype Translator, which is arguably the biggest leap forward in automated real-time translation to date.

Get it on iOS, or Android.

➤ Translated Conversations are More Natural than Ever [Microsoft Translator Blog]

Read next: Apple Pay is coming to China in 2016