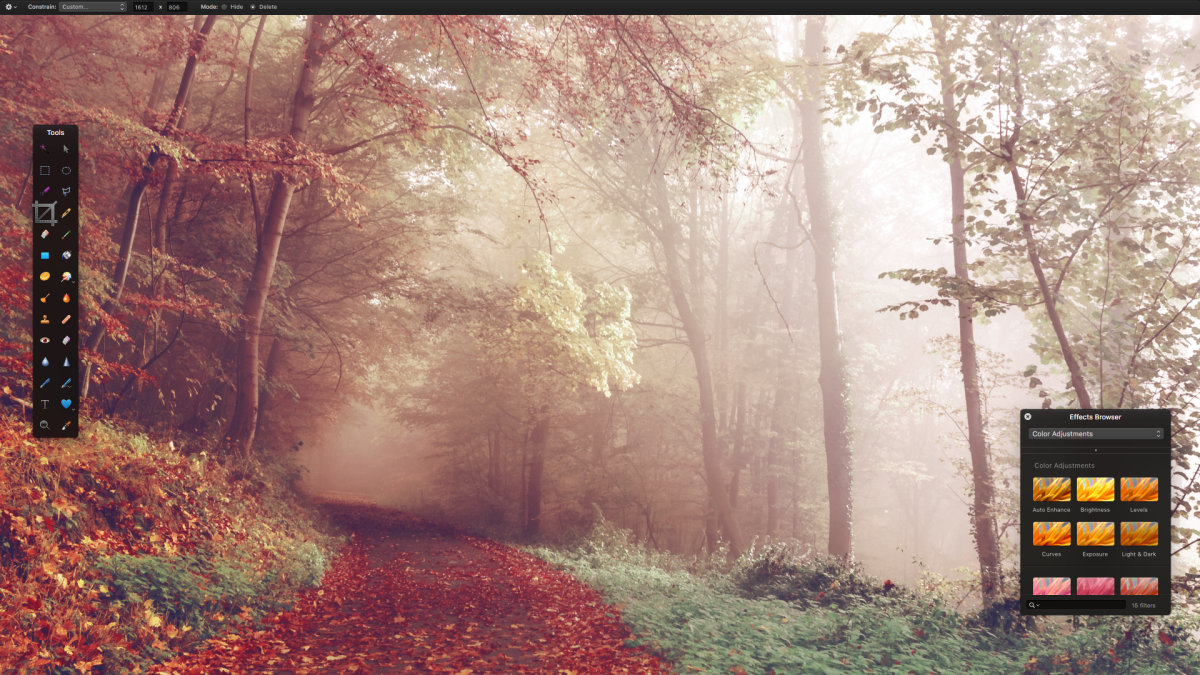 I was late to the game with Pixelmator.

For years I used Photoshop for all of my image editing needs. It did the job well, and to date, in my opinion, it’s still the best photo editor on the planet.

But for me, it was overkill.

Opening Photoshop for basic edits started to feel cumbersome. I began to use Preview or Skitch instead, but while both could handle the quick jobs, neither were quite powerful enough.

I was stuck somewhere in the middle — Photoshop being too bulky, and Preview or Skitch not offering enough options.

Pixelmator fits firmly in the middle of the two. It’s an app I use daily.

Originally I made the switch when I heard the planned extension for Photos, my primary tool for photo storage. I figured that since the two were already playing nice, that it’s probably worth giving Pixelmator an extended look.

I haven’t touched Photoshop since.

Not only was Pixelmator faster-loading and less resource-heavy than Photoshop, the menus were similar enough to those I was used to that I was able to hit the ground running with only a slight learning curve.

The things I didn’t pick up right away came naturally. Pixelmator makes better use of icons and color than Photoshop, and even the effects browser features clear descriptions and images that show just what everything does.

Don’t get me wrong, Pixelmator isn’t, nor will it ever be, as powerful as Photoshop. But in a world full of amazing image editing apps, there has to be a middle ground, and that is where Pixelmator has found its place.

Unless you need a professional-level photo editing suite, Pixelmator is definitely worth a shot. You’d be amazed at just how much you don’t use in Photoshop that you won’t miss when switching.