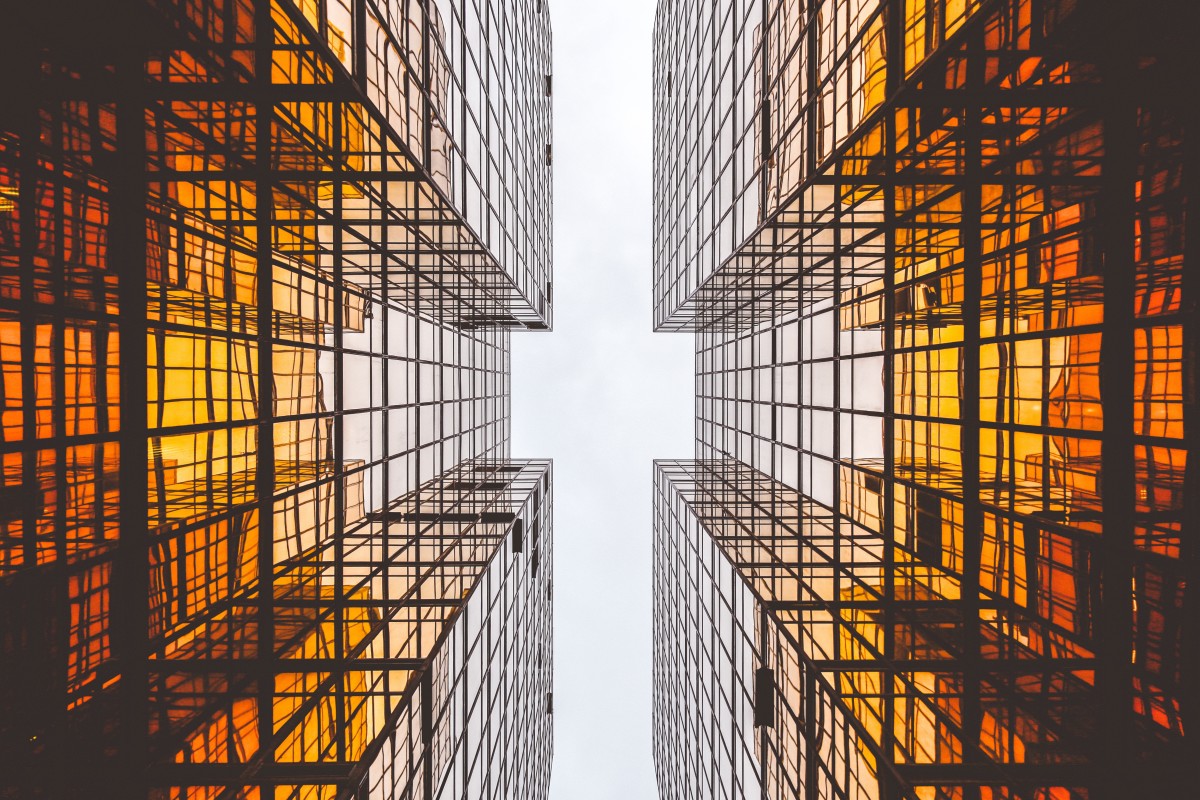 Drastic changes await the banking sector in the next two decades.

While banks remain quite wrapped up in themselves, IT companies and startups are increasingly offering financial services. 10 percent of Starbucks revenue already comes from mobile financial services, Amazon runs its own application for receiving payments through mobile devices and Facebook allows its messenger users to transfer money directly to each other. Banks ought to embrace innovation and learn to compete in new ways – otherwise they will slowly but surely die.

Try to imagine what the financial world will look like in a few years, and whether banks will prove capable to compete with IT companies.

Chris Skinner, author of the book Digital Bank, predicts that plastic cards will disappear in the next 10 years and be replaced by smartphones and payment chips embedded in clothing, watches and other items.

In some European countries it is already possible for customers to refuel their cars using just a smartphone. A banking application determines location of the gas station and the driver only has to enter the gasoline dispenser number, gasoline brand and amount of litres. A gas station attendant puts a gasoline dispensing hose into the tank, and a fuel supply is started automatically after receipt of money to the gas station account. Soon cars will be buying gasoline ‘themselves’ by interacting with gas station software.

The future is already here. One can pay subway fares by putting a smartphone with an NFC chip and banking application at the entry gate. No doubt, in a couple of years one will be able to do the same without a smartphone just by virtue of linking a credit card NFC tag to the NFC ring. To withdraw money from an ATM, one won’t need a bank card – it will suffice to log into online banking using a smartphone, then scan a QR-code and get access to the cash withdrawal menu.

Skinner predicts that a new economy will be based on chips and online payments with a share of cash not exceeding 30 percent. However, even the most advanced governments have not succeeded to completely eradicate cash payments: e.g. in Sweden, the volume of non-cash payments has reached only 70 percent.

Bank branches will turn into showrooms

In the 21st century, transactions are going online and bank branches won’t be needed eventually. Why stand in line if there is a mobile application to use and a call centre to contact? In the future, bank branches will be like showrooms, where customers are taught to use mobile banking and new products are presented.

Such companies already exist: in 2012 mBank in Poland came up with a new digital social bank architecture. Its customers can make payments via Facebook as well as use video services and so on. The bank closed down almost all of its branches, while the costs of maintaining old infrastructure were redirected towards new services and advertising. As a result, 75 percent of the bank’s existing customers have switched to the new convenient online platform.

Atom is another example of a digital bank. This year, the British financial institution received a banking license and is currently preparing for general launch. Atom will provide services exclusively via mobile applications and wearable electronics. To open an account a customer will need to download the mobile application, register, select the account type, submit an ID photo and provide personal profile details.

Cooperation with sellers of goods and services

Banks have something that Google, Facebook and tens of thousands of online stores don’t – access to user’s credit cards.

Sellers of goods and services can only guess what customers are doing outside their marketplaces. For example, the sellers of travel goods don’t know that their customer has just bought a ticket to Thailand, while a jewellery store doesn’t know that their loyal customer’s wife has birthday tomorrow. If sellers had such information, they would offer to sell a suitcase to the first customer and a necklace to the second one.

Banks have all of this information, but they cannot share confidential data openly. However, this ban does not apply to anonymous data.

Financial institutions will earn money by cooperating with companies. This is already happening as follows: “Hello, bank, I have five boxes of wine and I need to sell them ASAP. See which of your customers buys wine and offer them discounts in partnership with me. We will split the revenue”.

One of the largest banks in Eastern Europe – Ukrainian PrivatBank already applies this scheme.

Technology makes banks more human. According to Skinner, soon they will recognize customers and anticipate their actions. That’s what awaits us in the future: you post on Facebook: “It would be nice to go to a Metallica concert” and soon get a comment from the bank: “You can afford a ticket, and we have found one for you”.

Or you post on Twitter: “I’m thinking about buying that second-hand Jaguar” and the bank sends you a private message: “Are out of your mind? You’re already $20,000 overdrawn.”

The bank of the future will have much more customer information than today. Bankers will know the probability of a person losing his or her job (or on the contrary – of being promoted), as well as whether his or her salary will remain stable or even increase. New technologies will help make decisions on granting loans automatically and individually for each person.

Each bank has a variety of software systems developed by different generations of developers. As the years go by, codes grow to hundreds of thousands of strings and innovation is becoming increasingly difficult. Competing with IT companies is possible by uniting this ‘zoo’ of services into a single system using an API and a digital core.

Therefore, experts and journalists are now talking about a new era in software development. For example, Techcrunch discusses the importance of API-first design. If the earlier priority was user interface, nowadays this has become an insignificant matter. First you need to discuss the API architecture, and what eventually becomes the front-end is not so important.

Banks need APIs to create their own digital core and to better interact with customers. A great example of innovation in this field is provided by Fidor Bank.

The financial institution has recently received the Global Banking Award for the API platform that allows customers and partners to connect directly to the services of the bank. Based on this technology, customers can transfer money via Twitter, trade crypto-currencies and provide services to third parties using the bank’s platform. In Germany, there is already a common API, which customers can use with any bank in the country. A similar system operates in Poland – authentication at one bank allows opening an account with another.

All calculation will be cloud-based

According to Forbes, banks are actively transitioning to cloud technology and soon this process will take over. Modern financial institutions increasingly resemble IT companies and need powerful computer centres for that.

The first steps have already been made: in summer 2013 the Dutch bank DNB authorized the use of Amazon Web Services for a number of banking services, including websites, mobile applications, retail banking platforms, high-performance computing and analysis of credit risks. Cloud solutions are also used by other global banks, including Dutch bank Robeco with assets of 8 billion USD, the sixth largest Spanish bank Bankinter, Suncorp Bank Australia and others.

So, what will the bank of the future look like? It will either cease to exist or will become an IT company.

Read next: Here it is: The official 'Star Trek Beyond' teaser trailer