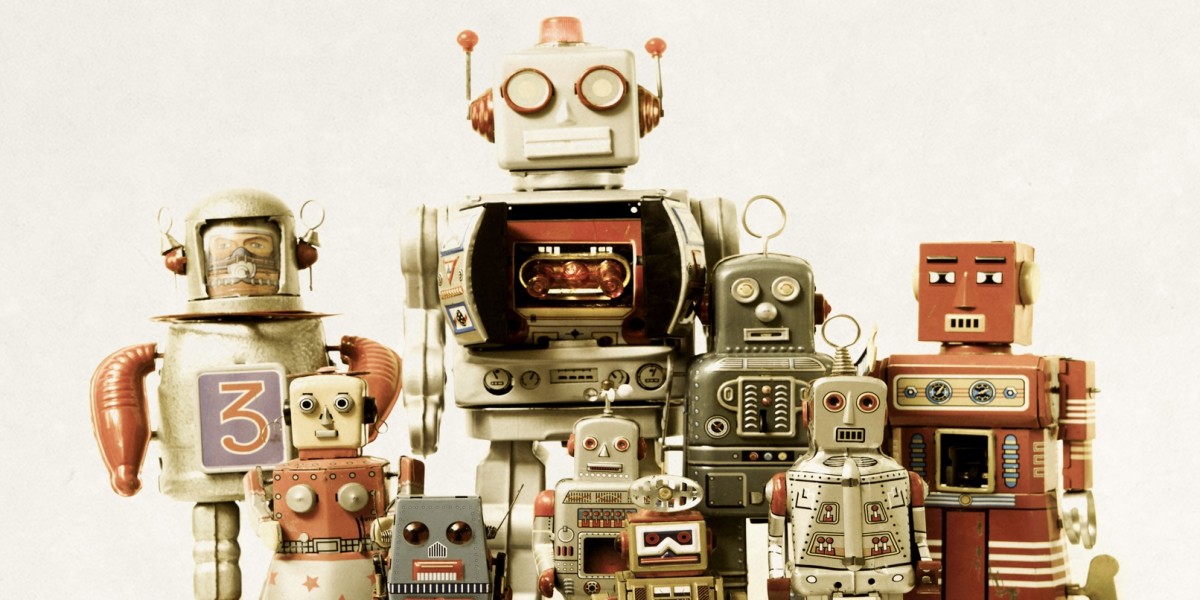 I’m not sure if it’s really good or bad news. Both, probably. But the deserved selection of Martin Ford’s prescient Rise of the Robots: Technology and the Threat of a Jobless Future as the 2015 Financial Times and McKinsey Business Book of the Year does more than validate what he, myself and a growing number of other commentators have been predicting for years about the dark side of our era of rapid innovation. 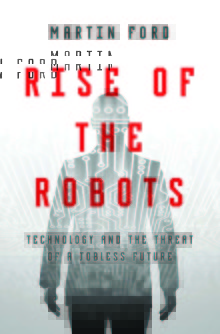 The FT award heralds the next stage of the technology debate, one where we can stop pretending that the rise of networked machine intelligence isn’t a problem and start looking toward solutions.

Rise of the Robots’ win was announced last month in New York City. Lionel Barber, FT editor, called it “a tightly-written and deeply-researched addition to the public policy debate … The judges didn’t agree with all of the conclusions, but were unanimous on the verdict and the impact of the book.”

Not all the conclusions, eh, Lionel? But enough to make it – in the eyes of the FT, the world’s leading financial newspaper – the most important business book of the year.

The FT’s verdict was unanimous. The robots – smart networked machines – are rising. And that, the award suggests, spells bad news for most of us.

The premise of Rise of the Robots is that these ‘robots’ – a term Ford uses to include everything from e-commerce, automation technology and artificial intelligence to software, cloud computing, algorithms and even actual robots – are poised to decimate the global job market within the next few decades, throwing the economic futures of billions of people into serious jeopardy.

South Park parodied moral panics around jobs being ‘stolen,’ but the threats from automation are very real.

In some respects, this is a reality that has already arrived and that we are largely comfortable with, as we use the supermarket self-checkout, hit the ATM and buy stuff from a vending machine. After all, the literati who read Rise of the Robots can rest easy that the jobs the robots are coming for are the ones they don’t do: automotive factory workers, the fast-food cash register jockeys, the people moving boxes in the warehouse.

Ford’s book is packed with grim prognostications from scholars, scientists and, gulp, even writers, that, thanks to the speedy rate of innovation in all fields, the next few decades will see the automation of jobs like radiologist, composer, pilot, attorney and journalist, fields previously thought immune to, or at least heavily protected from, replacement by machines.

Robots threaten all of our jobs, Ford warns, even the smartest and most educated of us. Yours, mine and, above all, our kids’ jobs.

Certainly, Rise of the Robots is not the first offering to sound the alarm. Ford cites warnings about the potential danger of automation from diverse sources going back as far as the 1940s, including MIT’s legendary artificial intelligence pioneer Norbert Wiener.

This isn’t even the first time Ford has raised these issues, though his first book , 2009’s The Lights in the Tunnel: Automation, Accelerating Technology and the Economy of the Future, was “attacked for being too gloomy,” the FT said. I can relate, having heard similar critiques of my earlier books The Cult of the Amateur (2007) and Digital Vertigo (2012).

How do we survive without jobs?

Despite earlier resistance to suggestions that technological innovation may have a dark side, “techno-optimists,” as Ford calls them, must now acknowledge the importance of the warnings contained in Rise of the Robots.

But then what? It’s foolish to think that innovators will stop innovating, and ludicrous to believe that for-profit tech companies will sacrifice near-term productivity and profits for long-term global economic stability.

Ford’s controversial solution, as proposed in Rise of the Robots, has as its cornerstone a guaranteed minimum income for every adult in America, a measure he believes would provide for the vulnerable members of society, close the gap for unemployed and underemployed workers and provide a financial safety net that would encourage entrepreneurship.

That aspect of the book didn’t sit well with all the FT judges, notably Reid Hoffman, co-founder of LinkedIn, who said, “I believe that basic income is a plan of near last resort. I disagree that we get there inevitably from now.”

But Hoffman, one of Silicon Valley’s smartest and most decent figures, didn’t tell us how we are going to survive in a world where the robots have taken most of our jobs. And he didn’t offer an alternative to Ford’s supposed “last resort” of a guaranteed minimum wage.

Martin Ford has a stark message. There is a massive jobs crisis coming, he says. The FT agrees – maybe not unanimously, but enough to give Ford’s Rise of the Robots its business book of the year award.

It’s time to start looking for ways to fix our networked future. The good news is that we are finally recognizing the magnitude of the digital problem. The bad news is that the problem is getting bigger by the smart machine. So now, the challenge is to find solutions to the jobs crisis. We need to fix the future before it fixes us.

Read next: Welcome to X: Our new physical space dedicated to technology