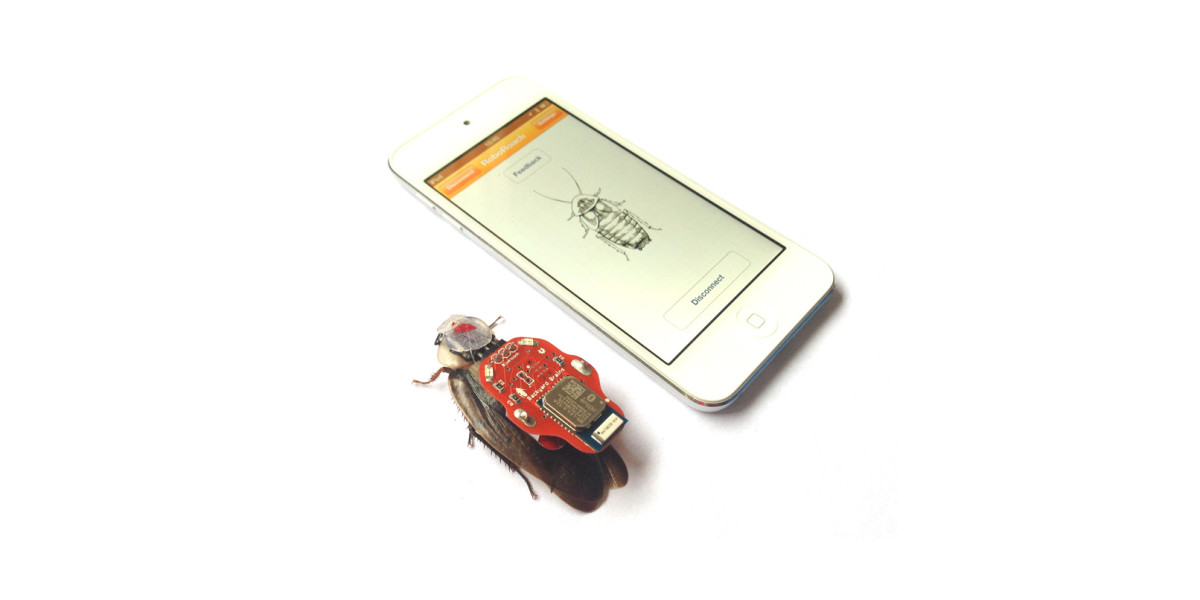 Biohacking is still a relatively new science, but if you’re a parent or teacher that wants to teach your kids how it works, Roboroach might be the solution.

Roboroach, the Kickstarter funded biohacking experiment, is a $99 kit featuring a Bluetooth-powered chip, and a kit to perform surgery on a live roach.

The roaches don’t come with the kit, but you can get them from your local pet store. Discoid roaches work best, as they’re incapable of flight and they have easily identifiable markings to help you complete the surgery.

The surgical procedure involves gluing a three-lead system to the roaches head carapace. During this process, the roach is asleep after a quick ice water bath that sort of freezes its nervous system. After that, tiny wire leads to the roach’s wing muscles that connect to its antennae.

Once complete, you can control the roaches movements via smartphone. It’s important to note that this isn’t remote control, and you’re not exactly creating a zombie roach, but the signal from the chip transmitted to one, or both, of the antennae allows you to command the roach to move forward, as well as left or right.

The effect only works for a brief period of time before neuroplasticity kicks in and essentially causes the roach to ignore (or forget) the signal.

Once the experiment is completed, you can remove the chip, leave the leads, and the roach goes on living a full life completely unaffected by the ordeal.

This does, however, raise ethical questions. You are operating on a living creature and then using this experiment to briefly control its movements. In addition, there is always the possibility that you kill the roach during surgery.

To address some of these concerns, Roboroach manufacturer Backyard Brains had this to say:

We make sure to anesthetize all our animals when we do experiments, and we explain this to students. We actually don’t know if insects feel pain, but we do make the assumption that they do, which is why we anesthetize them in the first place. Whether the cockroach feels pain when it wakes up from the surgery and detects a missing leg, we do not know. All we is know is that the wound heals, the cockroaches are walking around within hours, eating lettuce, making more cockroaches, and if they are juvenile, the leg grows back. It’s very important to avoid anthropomorphizing the cockroach with thoughts like “If I do not want my own leg cut off, then the cockroach does not want its leg cut off.”

Read next: LG drops hint as to why its Watch Urbane LTE was cancelled