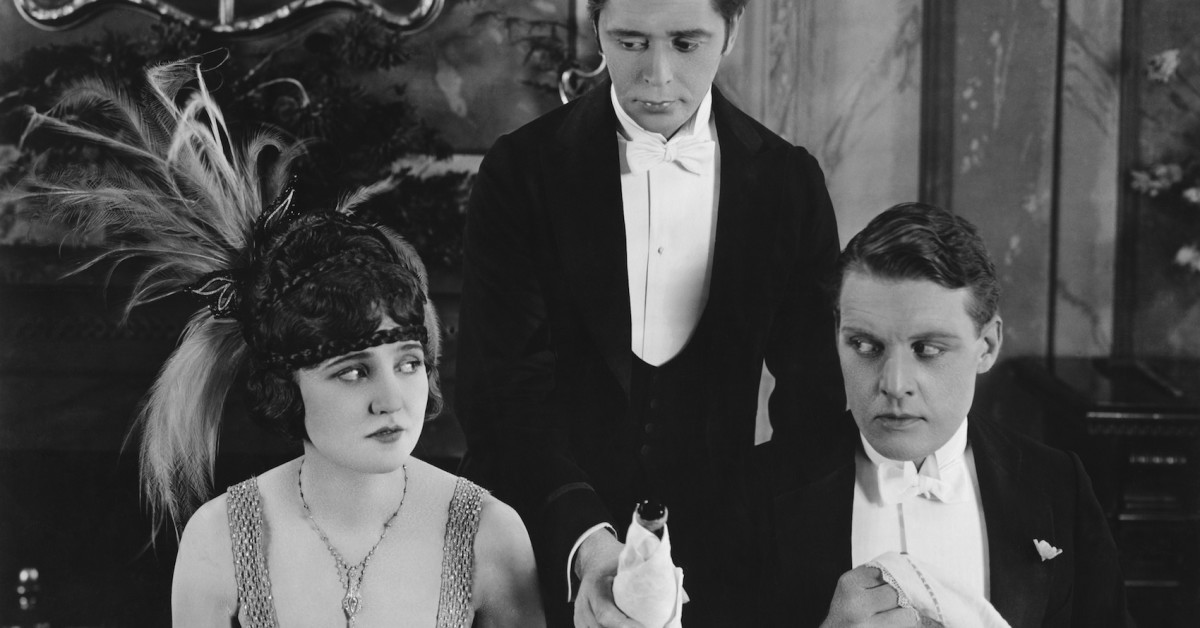 You’re in the middle of a conversation, about to chime in but then…you totally blank. A conversation that should have flowed easily turns awkward, your conversation partner looks at you like you’re an alien and your confidence sinks.

Has that ever happened to you?

It’s common to feel nervous during social situations where you “go blank” or forget the punchline to your joke.

These scenarios lead to some pretty awkward moments, weird glances and a ton of anxiety.

What goes on in your brain in these situations and why does it happen?

Today I want to answer those questions and give you three scientific tips that you can use to avoid awkward conversations once and for all.

The Neuroscience Behind Choking

This negative self-talk is usually what trips people up. When you’re focusing on the issue of screwing up, you’re using up precious and limited “working memory” in your prefrontal cortex.

“Working memory which is used up by worrying, is your mental scratchpad that essentially allows you to work with whatever information is held in consciousness.”

The prefrontal cortex is the part of your brain responsible for decision-making, personality expression and moderating social behavior.

How exactly does the prefrontal cortex get bogged down?

A group of students taking a math test under pressure can help us answer that question.

Sian Beilock a cognitive psychologist, studied brain scans of students under stress. Her and her colleagues gave students math problems to solve and put money on the line by telling them that they and a partner were “depending on them to improve the score” to make money. To add even more pressure, they even videotaped them!

Many of the students buckled under the pressure and “choked” by performing worse compared to when they weren’t under pressure.

When they analyzed the brain scans of students who choked, they found that when there is “cross talk” between the amygdala (the part of your brain associated with “worry” and the fight or flight response) and the prefrontal cortex, it affects working memory by loading it up with worry rather than with the mental power to perform at your best. Basically, emotions take over and cloud your judgement.

So what can you do about all this?

Here are three scientific ways you can hack your brain to make sure you never have another awkward social situation again.

Tip 1: Shut up your Narrative Brain

You were probably in your own head worrying about how you’re being judged or what to say next.

The bad news is that’s actually your brain’s default state. The “resting state” of your mind is to activate the network in the brain that’s involved with social cognition.

“Social cognition” is a fancy term to describe thinking about yourself, others, or the relation of yourself to the world. It’s the same network in your brain responsible for planning and daydreaming.

This state is so easily activated that even when you’re focusing on an important task it still gets triggered. In a 2011 UCLA study, researchers scanned the brain of students doing a series of math problems. They found that after completing a math problem, this “default network” was active in the few seconds they had from finishing one problem and moving on to the next one!

A University of Toronto study calls this default state of your brain the “narrative circuitry” because it consists of a narrative or story you’re telling yourself. The study goes even further to show that there are two different and opposing ways to experience things.

A series of other studies has found that these two circuits, narrative and direct experience, are inversely correlated.

The takeaway here is that when your narrative mind is on, you’re not able to experience things directly and presently.

So what do you do when your brain’s default state is to ruminate about yourself and your social standing?

You use a strategy I call “mental double checks.”

How to mentally double check yourself:

Mental double checks will allow you to be present during conversations.

Remember that people don’t remember the exact words or trip-ups during your conversation, they remember how they felt. This means that as long as you are present and focused on making the other person feel listened to, you will most likely make a solid impression.

Habits regulate our behavior and you probably don’t even realize it because it happens unconsciously most of the time.

How much mental power is involved in brushing your teeth first thing in the mornings? Probably not much…it’s automatic.

Habits live in a very primitive part of your brain called the basal ganglia, they’re so deep-rooted in your brain that even people who have brain damage or memory loss can recall habits so long as this part of their brain is not damaged.

By developing social habits, you can use your brain efficiently since you’re running on autopilot. This means you can use some of that extra brain power to be even more charismatic and engaging in conversations rather than worrying about how you’re being judged.

Another positive byproduct of social habits is that you’ll reduce the likelihood of stressing out in social situations if you have “go to” habits that you can refer to every single time.

Let’s run through what the habits loop consists of according to the author Charles Duhigg.(1)

There are three parts to the habit loop: the cue, routine and reward.

Cues can be likened to triggers, they initiate a routine or habit. They can be based on time, location, other people or any preceding event.

For example when you brush your teeth, the cue is typically the time of day — in the morning. To give you a social example, a cue may be when a new person joins a group conversation, at that point they typically introduce themselves or are introduced.

Routines are the “what” of the habit loop, they’re the habits you perform everyday like brushing your teeth, grabbing a morning coffee our backing out of the garage.

To give you a social example, you can routinize your greeting after you approach someone. For example, you can have a “go to” greeting every time you meet someone new by coming up with a simple script to introduce yourself and ask an open-ended question.

“Hi I’m Katrina. How is your night going so far?”

“Hi I’m Katrina, how do you know the organizer?”

The last part of the habit loop is the reward, it is the reward you feel or get from performing the habit. For exam after working out you feel a sense of euphoria or after you brush your teeth you feel the minty, tingly sensation. In a social context, after performing a routine well you may feel a boost of confidence or if you had a great conversation, a strong feeling of connection with someone you just met.

You can create social habit loops to help reduce your stress and become more charismatic in social context, here are a few examples.

Now that you know how to create social habits so your brain doesn’t go to mush during your next social event, take some time to map out your new habit loops and practice them as regularly as possible. The best way to solidify a habit is to do it consistently.

Sian Beilock the cognitive psychologist who ran the stress experiments had a hypothesis that if students had a chance to write down their feelings prior to a high-stress situation, they’d calm down and perform better. This was drawn on past research that showed that depressed people who wrote things down had a better chance of breaking the cycle of negative self-talk.

Sian Beilock realized that “when people are worrying up under stress, it’s almost like a computer with too many programs open at once. Sometimes, everything crashes. And by writing down some of those worries, you’re able to offload some of those programs, so you free up resources to perform at your best.”

Here are two exercises you can use right before a social event, to calm your mind and perform better.

A half hour prior to a social event, take a moment to sit in silence and write down your stream of consciousness. You may have some thoughts about the social event you’re going to, get those down. You may have other worries on your mind that are totally unrelated…write those down too!

Getting down any  negative feelings on paper will help you release yourself of them so you can be present and fully engaged at your next social event.

Another option you have is to write a narrative about the upcoming event. This will give you more structure if you don’t like free-flowing your thoughts on paper. Describe the situation you are facing and share it like you’re telling a friend about it providing all the details of the event like who invited you, why you’re going, what you want to get out of it and anything else you find relevant.

Write down what your “best case scenario” is for the night and describe it in vivid detail.

Social snafus can kill your confidence and lead to some awkward moments, but understanding what is going on in your brain can help you better prepare for social events.  By writing down your thoughts prior to socializing, developing effective habits and mentally double-checking yourself you can socialize like a pro.

This is a guest post by Katrina Razavi, founder of CommunicationforNerds.com. If you found this post helpful, visit her site and get your free mini-course on killing awkward conversations and having charismatic conversations.

Read next: EverythingMe Launcher is shutting down