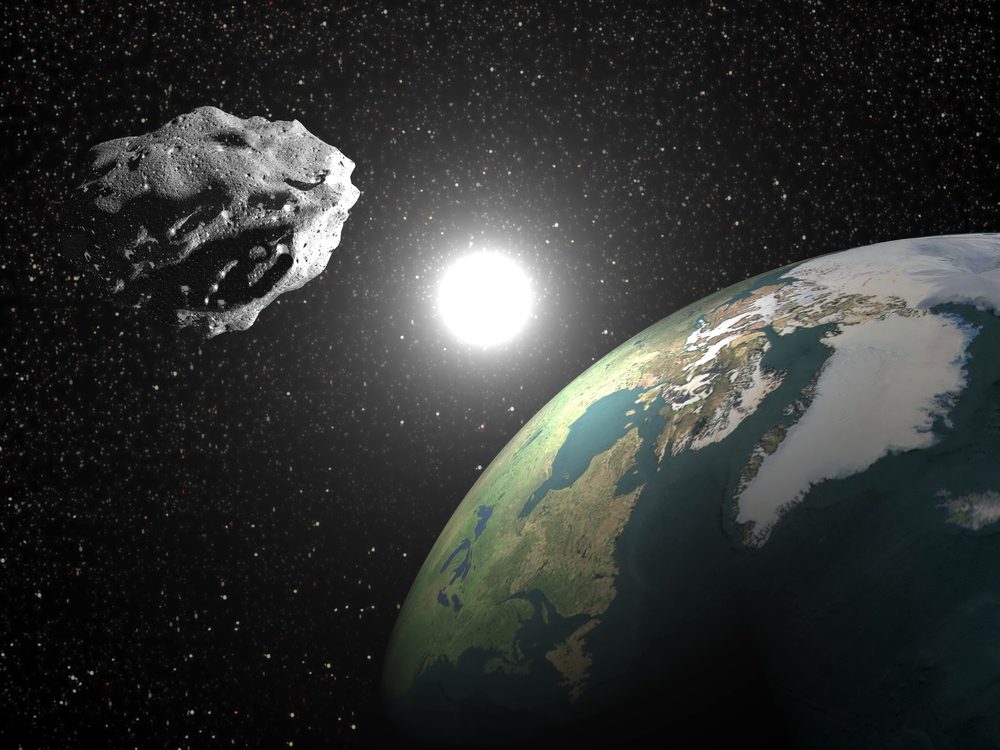 Back in May I wrote about House Resolution 2262 – or the SPACE Act – which effectively cleared any regulatory hurdles that kept companies from mining in space. I sat down with the President and Chief Engineer of Planetary Resources, a company that plans to do just that.

It’s my nature to be skeptical, both on a personal and professional level. When you hear that a company wants to travel to space and “drill, baby drill,” it all sounds decidedly science fiction.

My time with Chris Lewicki, brief as it was, changed my mind.

“Most people think this is science fiction and it probably won’t happen anytime soon,” said Lewicki. “Everything that was a breakthrough was once a crazy idea. Those things happened over night, but they have years and years of development behind them. This has something that’s been happening for years.”

You see, it turns out that most of the science needed to complete these missions already exists. The remaining technical challenges are what Lewicki and and his team are working to overcome.

The effort is a sort of communal one – featuring names like NASA, SpaceX and Virgin Galactic. While the teams aren’t implicitly connected, they aren’t acting entirely independently, either. It’s a sort of space-aged altruism, if you will.

The goal for Planetary Resources is lofty. They intend to prospect, mine and carry tons of precious resources from near space back to a planet where many of these metals and precious minerals are scarce.

Lewicki isn’t deluded in his thinking that it’ll happen overnight.

But when could we see actual the first companies lay interstellar claims and start bringing the real prize — gold, diamonds, platinum — back home?

“Between three to five years from now we will have proven out all the commercial approaches and the very low cost and innovative methods we’re developing that’ll allow us to make that first visit to the asteroid before the end of the 2010s,” he said. “Mining could begin in just a few years after that once we’ve located the first asteroid that has that resource on it.”

If you’re counting them out, don’t.

The team is led by some of the best and brightest minds in the aerospace industry including Lewicki himself, a former NASA engineer.

The implications of space mining may far extend the profit motive, in whatever sense that’s possible.

In fact, the depth of the technology Planetary Resources, and others are developing could, in fact, lead us to colonizing other planets.

Lewicki recognizes that this could be the key to colonies on Mars — or elsewhere — in the (relatively) near future.

“It is the way by which humanity will expand off this planet and be able to do that sustainably and permanently,” he says, before going on to mention that extracting water would allow us to use the hydrogen and water as a way to effectively “refuel” on other planets or asteroids, rather than having to build a new rocket, as has been the case for the past 50 years.

Toward the final frontier

Facilitating the survival of the human race is a noble cause and a great narrative, but make no mistake about it, there are still massive fortunes to be made in space.

The website Asterank bills itself as a “scientific and economic database of over 600,000 asteroids.” It also tracks how valuable they are.

Take Ryugu, for example, with an estimated value of over $95 billion alone. According to Asterank, the valuable metal deposits — iron, nickel and cobalt — as well as the presence of hydrogen and water — the ingredients to make rocket fuel — are no doubt responsible for the lofty estimate.

If you believe NASA, or TechCrunch, this is easily a multi-trillion dollar market. Some asteroids listed on Asterank are valued at above $100 trillion dollars alone.

With this much money on the line, you can be sure one or, more probable, a collective group of these organizations will find a way to make reality of science fiction sooner rather than later and that’s a good thing. Because if Chris Lewicki is correct, the future of humanity could just depend on it.

Read next: Win a Bawsboard IV hoverboard or get 30% off