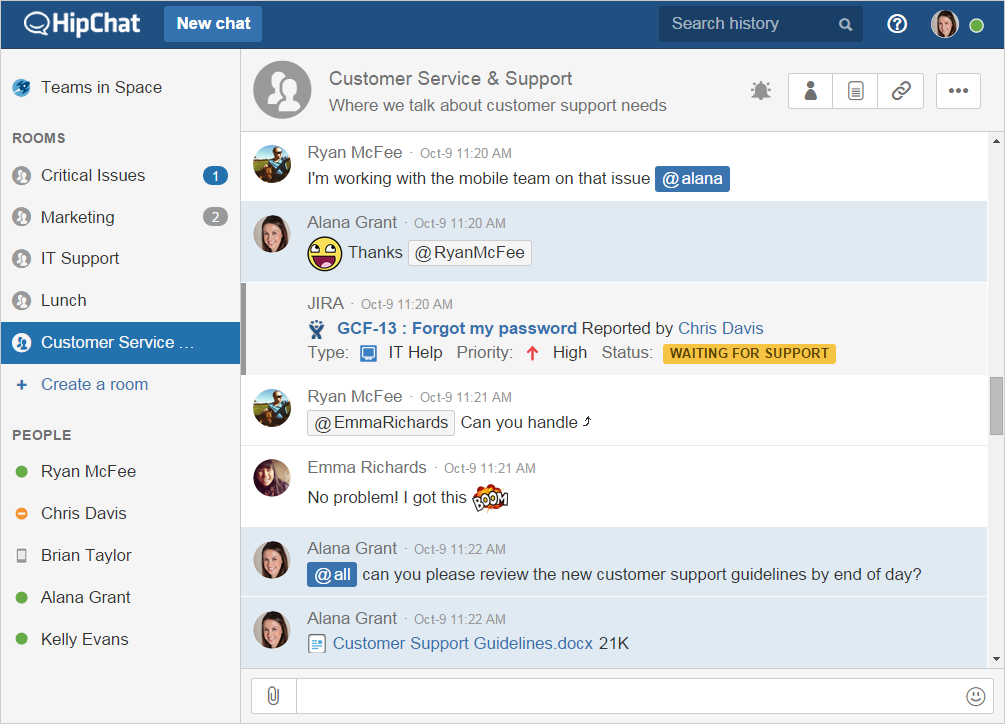 Here’s how it works: With the Connect API, HipChat could work with services like Google (Drive) or GitHub, allowing users to perform simpler tasks right from within chat.

For instance, a team of developers may be able to have tweets about feature requests fed directly into a channel, and see a sidebar with pull requests from GitHub. If the feature requested was part of the pull request, someone from the team could respond to that user and suggest it’s incoming.

Those pull requests could also be completed within HipChat. The sidebar could show which pulls were available and what features they may have.

It’s not just for developers, though. As you can see in the image above, which details a call center, HipChat’s integration is meant to improve workflow without forcing teams to go looking for people or jumping in and out of apps.

The Connect API is rolling out today in beta.

Read next: Startup bearpit: How teams are fighting for attention at the Web Summit