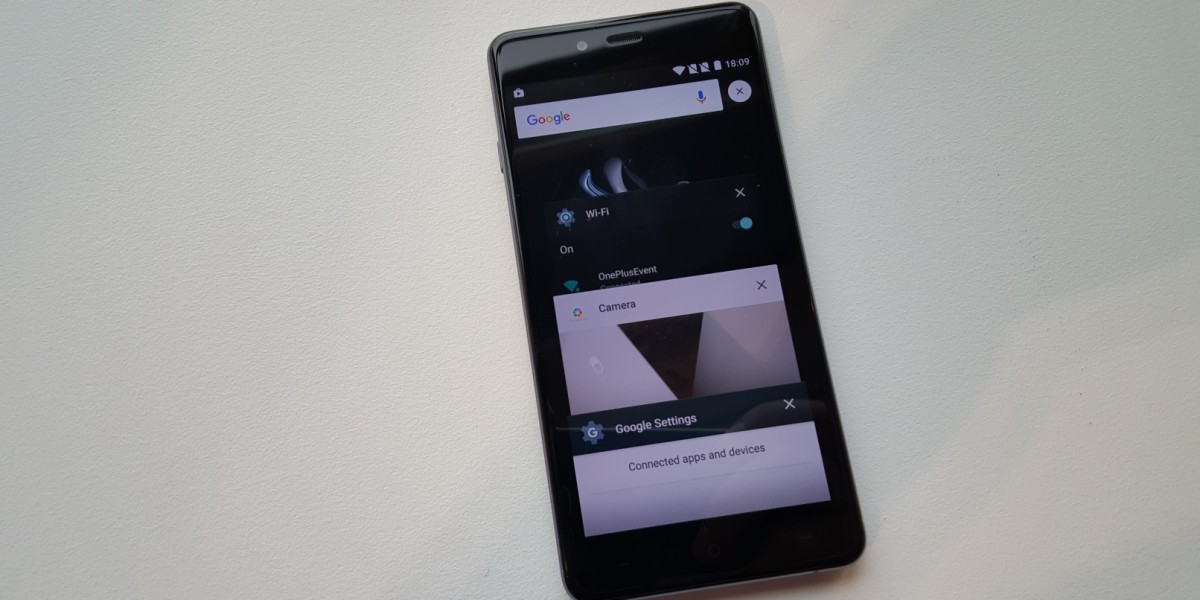 By this point, OnePlus is known for its irritating invite system, and shouting about how great its phones are, even if in reality they perform distinctly averagely.

Today, the company launched a new device – an even cheaper one, that takes a different design approach to the OnePlus One and OnePlus 2 to reduce the overall footprint of the device without reducing the screen size by too much.

Key hardware specs include a 5-inch full HD 441PPI display, 16GB of on-board storage (with microSD support), 3GB RAM and a 2.3GHz quad-core Snapdragon processor. There’s a hardware mute switch on the left side, and volume rockers on the right.

On the rear, there’s a 13-megapixel sensor with a wide f/2.2 aperture. On the front, there’s an 8-megapixel shooter for the obligatory selfies and the odd video call.

Distinctly middle-of-the-road specs aside, the biggest transformation for the OnePlus X is the design.

Where it used to carry an overly large chassis, with a curved rear that felt a bit like sandpaper, seeing a slimmer, more ‘premium’ looking device is a welcome change, even if it does look slightly more ‘generic’ as a result.

There are two models – one with the back finished in Onyx black glass and another limited edition Ceramic model, which carries a slightly higher price tag.

“Today’s smartphone user strives to find the perfect balance of style and performance. The OnePlus X is a design-centric device – chic and powerful enough to fit any lifestyle,” OnePlus co-founder Pete Lau says.

In the short time I tested the device, I could work out that it didn’t seem to struggle with switching between apps, the 1080p, 441PPI screen was bright and reproduced colors well. It wasn’t in bright sunlight though, so we’ll have to see how it performs there.

The rear-facing camera took snaps quickly and there was virtually no delay between hitting the shutter button and the picture being taken.

In my hand, I found it slightly square, though the slightly chamfered edging helps reduce that feeling a little.

I didn’t specify any difference between the glass and the ceramic rear-panelled models for a reason – it’s almost impossible to really tell them apart. Genuinely, the easiest way I found to know which was which was by seeing which collected the most fingerprints – the ceramic.

Lau says that the manufacturing process for the ceramic model is so precise that only 20 rear covers out of 100 reach an acceptable quality for use in a phone.

Under the bonnet, it runs OnePlus’ customized OxygenOS version of Android – based on Lollipop.

With such a short amout of time playing with the phone, it’s obviously hard to say how well it performs. But to me, that’s not really the point, this phone isn’t for the average consumer on the street – not least of all because you can’t walk into a shop and buy one.

That leaves OnePlus’ target market for the X as the same market as its previous two devices – and indeed, people who either liked the first model or didn’t quite get around to buying one will probably be interested by this version.

The average person on the street probably won’t be though – it’s an unknown brand (to them), with online-only sales. They’d probably have questions about customer support too, given that OnePlus is based in China.

The problem for OnePlus, then, is how to escape its frenzied fans and make it into the mainstream. Perhaps it doesn’t even want to – from the start, OnePlus has said it doesn’t care about markets, and only about users. Pei reiterated this at the OnePlus X launch:

“We made a decision on day one to communicate with our users directly, so we can shape the direction of our company together.

We always want to make people feel something, something strong, emotional and it’s not as easy in these days of mature smartphones. That’s why we like to try new things and take risks, and sometimes we push a little bit too far.

We know we talk a big game – we have to, to show just how much we believe in what we’re building. This also builds expectations – there’s a lot of pressure when our fans expect us to execute on the level of Apple or Samsung. As a startup, it’s very flattering, but also very intimidating.”

With the invite system once again in place for the OnePlus X, at least initially, the company is looking to appeal to a limited, relatively small pool of people who care enough about cold specs and a ‘noble mission’ – most likely ones that already knew the brand name.

Perhaps the best thing going for the OnePlus X right now is the price – £199 (around $300 as a straight conversion) for the glass-backed version and £269 ($410) for the ceramic version – but that won’t matter to OnePlus fans. They’ll just be excited to get a new phone to wait for – the first handsets are due to ship November 5.

Read next: Build a bulletproof IT résumé with these great deals