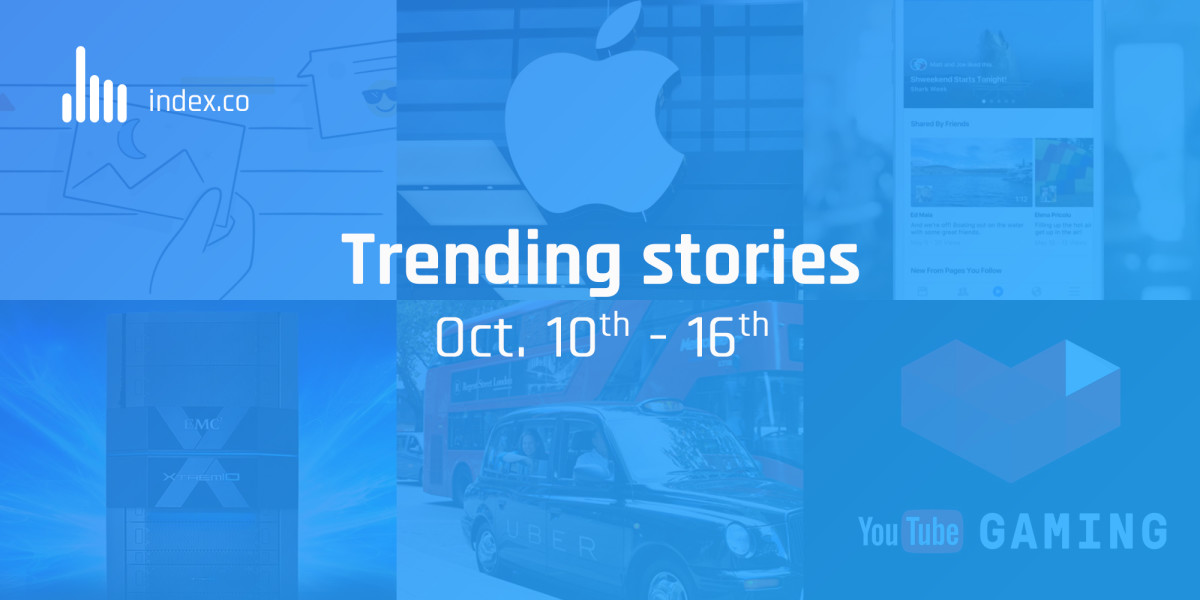 The tech world has reached a new milestone. This week, Dell and EMC announced a monster acquisition agreement, in which the former has agreed to take over the latter for a cool $67 billion. It represents the largest acquisition in tech history.

However, below the fold (as it were), plenty of other activity was taking place. Before you leave the office for the weekend, let us quickly recap the week’s events. We picked out the need-to-knows from the stories that made the top of Index’s algorithms for you.

This Week in Numbers

Index recorded 164 funding events and 28 acquisitions this week. The median amount raised by startups was $3.1 million, a 3 percent upturn compared to last week. The largest investment round was raked in by New Delhi-based renewable energy company Welspun Renewables , in the form of a $617 million investment divided over debt financing, equity, and a line of credit.

Home-DNA testing kit provider 23andMe hauled in a $115M Series E round this week, signaling a potential comeback for the controversial company after encountering several obstacles getting to market.

EverString , a company that offers a marketing analytics / SaaS service, collected an impressive $65 million Series B round led by Lightspeed Venture Partners.

UserZoom , a remote usability testing and UX research company, reeled in a $34 million Series A round. Total capital raised to date by the Barcelona-founded company is now $36.5 million.

Read next: Forget millennials and tweens: Vooza is targeting the NEXT wave