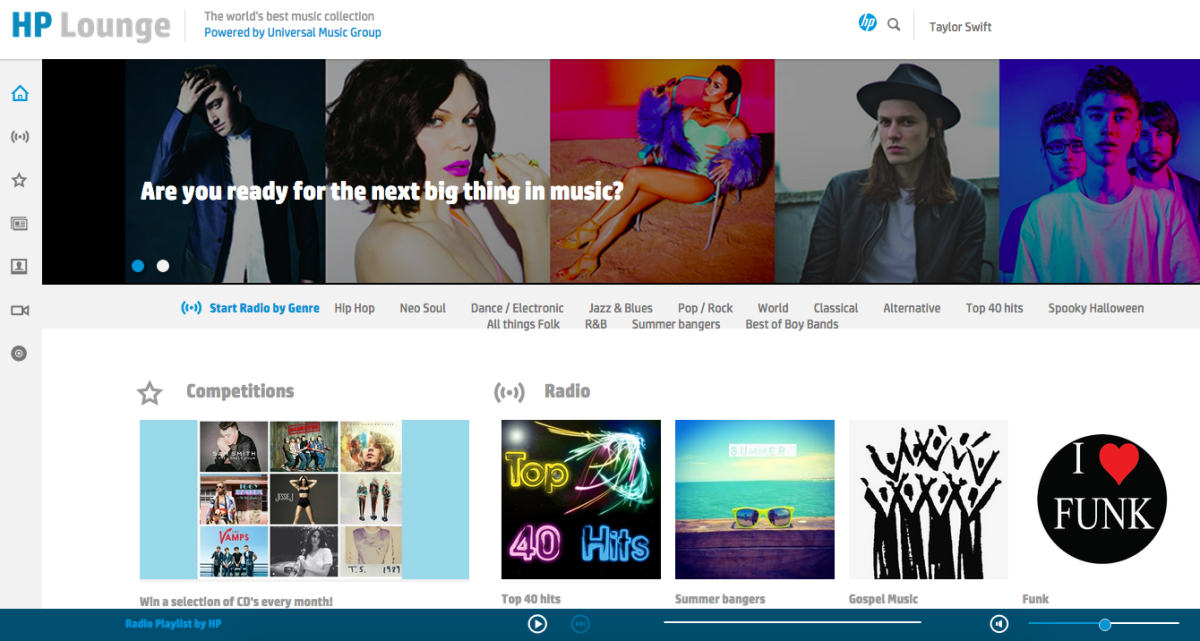 HP has rebranded its Connected Music service as HP Lounge and is offering unlimited free streaming of Universal Music artists.

As well as streaming the likes James Bay, Taylor Swift (including 1989) and Jessie J, HP is also curating playlists for its radio-style service and offering premium experiences, which include concert tickets, behind the scenes footage and exclusive videos.

However, the service is only available to people using a HP device at the moment.

And while it’s brave of HP to throw its hat into the ring when Spotify and Apple Music have almost monopolized the streaming space, I can’t see its effort becoming a real competitor anytime soon. Stats on the site show that most of the albums and tracks featured on the homepage have had less than five plays.

It’s unclear if the service will be available on other platforms in the future, but it sure would be one way to broaden its user base.

Read next: Pandora gets into concert ticket sales with Ticketfly acquisition