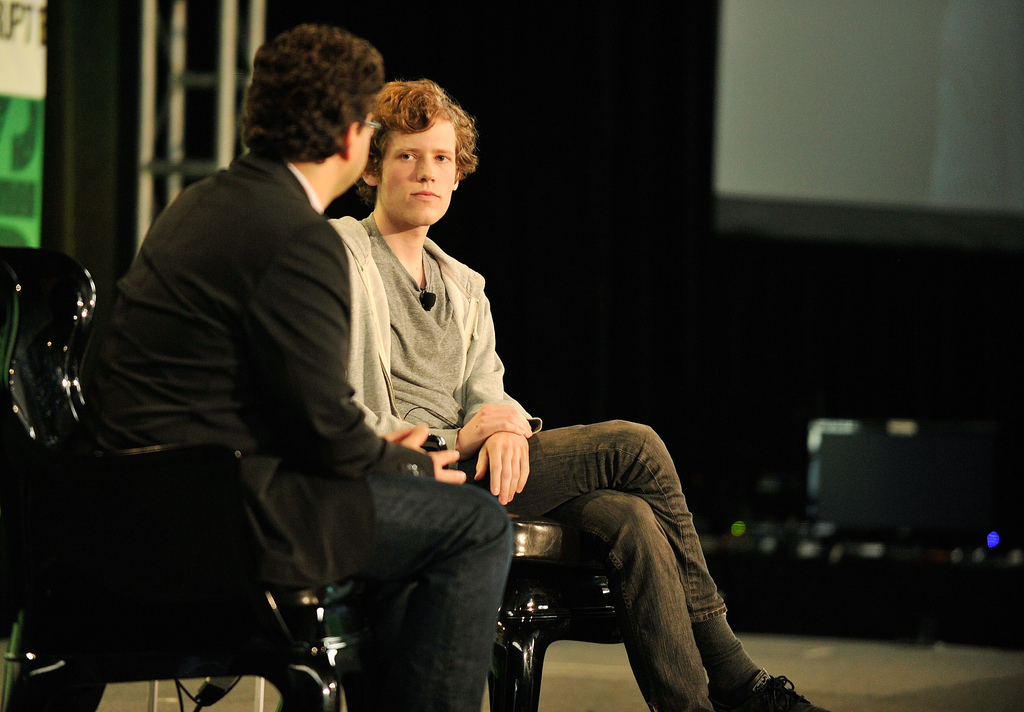 In the last dozen years, there’s never been a website quite like anonymous, ephemeral community 4Chan. But perhaps no one would have bet 4Chan could survive a dozen years in the first place, generating practically half of the Internet’s memes in the process.

Despite it remaining one of the last vestiges of Internet 1.0, 4Chan has continued to grow and sustain itself year after year. It’s remained one of the archetypes for anonymous online network communities, and continues to be involved in the churn of Internet culture.

4Chan’s lasting legacy exists almost entirely on the shoulders of its creator, Christopher ‘moot’ Poole. And now it’s going on without him.

Yesterday, Poole announced via the 4Chan blog that he had sold the community to 2channel creator Hiroyuki Nishimura. It’s the culmination of Poole’s steady detachment from 4Chan, a two-year process that most recently involved Poole stepping away from day-to-day operations in January this year.

TNW chatted with Poole about where 4Chan goes next, and whether he’s already booked that vacation.

The best way to see 4Chan at 20 years old, to survive my administration and ownership, is to transition out of a day-to-day role and assuming responsibilities. That led to me transitioning out my role at the site, passing the torch to someone who has the time and the experience, and the energy to take 4Chan to 20 years. I’m very privileged and proud to have started and managed the site for 12 years.

I feel like 4Chan has been around since my memory of the modern Internet. How does that feel?

4Chan is older than Facebook, which is kind of crazy, right? In order to make sure Chan as an institution to outlast its founder is to transition out of ownership and pass it on to someone who has the time and the resources to survive another 8 to 10 years.

Hiroyuki is literally the only person on the planet with as much, if not more, experience running a large-scale community — especially in the anonymous ethos. Some people call him Japanese moot, but I am American Hiroyuki. He started 2channel 16 years ago, and 4Chan is ultimately descended from his creation.

So…time for a vacation?

I think a cabin in the woods sounds mighty good. Adopt a dog and build a cabin.

You’ve explored other entrepreneurial avenues with your company Canvas, which you shut down in 2014. Do you think you’ll do something like that again?

I’m itching to throw myself into something new, and I want 4chan to do something extremely well. Personally, I’m ready to move onto something new, after 12 years. I honestly have no idea what that thing is yet, but I’ve recuperated from founding a venture-backed startup, and ultimately spinning it down.

One of the things that haven’t changed about 4Chan is that it looks and functions in a similar way it did in 2003 — the site functionality harkens back to that Web 1.0 era.

In the era of when you visit a webpage and it loads a megabyte of Javascript, 4Chan is simple and pure in a sense, and a bygone artifact of a decade ago. It’s such an outlier in so many ways. The ethos of anything goes — I think it’s incredible that it’s been able to endure to this day and maintaining and growing its traffic slowly but surely.

I hope that inspires people to be successful with a very basic website. I hope that era has not passed us.

Do you think its funny that these modern websites have all those bells and whistles to attract teens, but they’re on 4Chan without that stuff?

I think 4Chan skews younger, to people in their late teens. The people now who are using 4Chan were 8 years old when it came out. They are lacking in the nostalgia that you and I have for the old Internet. To them, it’s the rustic form of the Internet.

There’s some kind of longing for the simplicity and throwback, even though they’re too young to know the golden years of the site. I think 4Chan has demonstrated there’s a palatable, material demand for these simple websites.

How is the 4Chan community handling all this?

In January, people were a little thrown. Nobody had known 4Chan without moot at the helm. But I’ve succeeded in my plan for the past few years, which is creating a foundation for the site that can survive me.

Nothing from the user’s perspective should change. When you look at the site now, it’s been the same old 4Chan. In that sense, it was successful in promoting and getting things to a place where I could disappear and walk away, and things can continue as they should. I’m excited to see where Hiroyuki will take the site. I’m sure things will change, but if anything for the better because there is such a strong foundation.

I guess it’s time to wait and see now?

I think I’ll be incredibly proud and look back 8 years from now, and see something I started survive me and succeed. I’m very excited, and crossing my fingers.