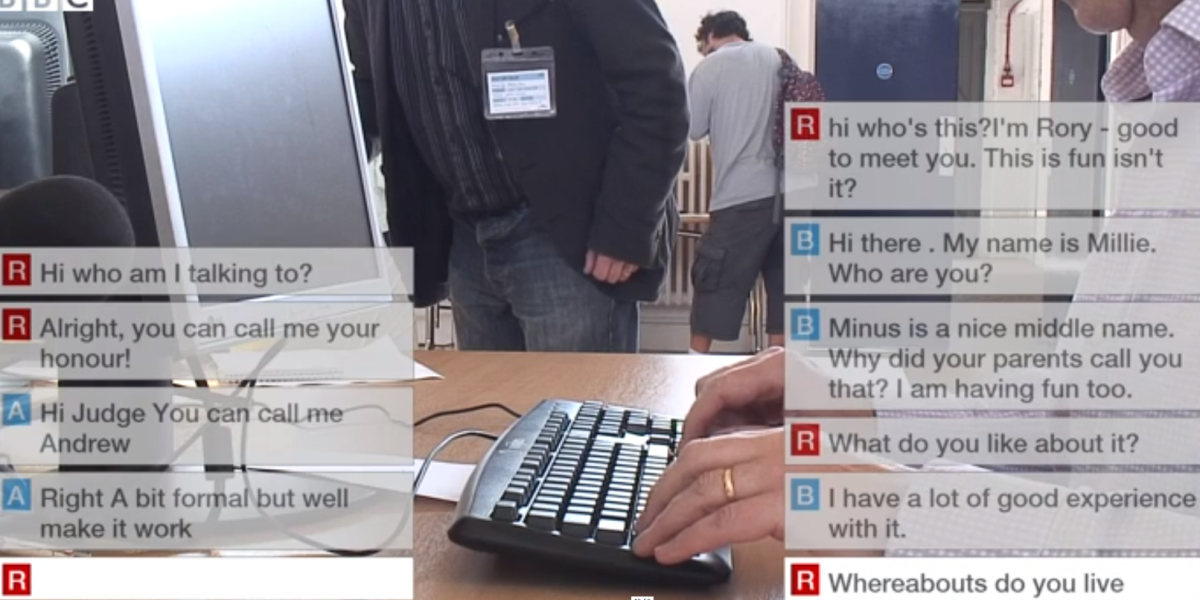 The Loebner prize for artificial intelligence is a $100,000 award for the person or team that creates a computer that can hold a conversation with a human in such a way that the person can’t identify whether they’re talking to a computer or another person – an implementation of the Turing test.

This year’s winner was named ‘Chatbot Rose’ and fended off three rivals to win the competition. However, the whole aim is for the conversation to be indistinguishable from a human conversation, which it wasn’t.

BBC technology correspondent Rory Cellan-Jones, one of the judges of the competition, said it took him just over three minutes to work out that Chatbot Rose wasn’t human.

Rose’s creator Bruce Wilcox told the Beeb that the chatbot had been designed with the persona of a 30-year-old female who’s a security consultant in the hacking world.

This isn’t Wilcox’s first entry – or win. In 2010, he took first place with a bot named ‘Suzette,’ and followed that up in 2011 with another win using a new bot called ‘Rosette’.

Despite Rose winning on the day (and last year), the Loebner prize’s $100,000 award remains unclaimed. No doubt Wilcox will be back to try again next year, though.

Read next: Facebook M’s bet and the future of Web interfaces