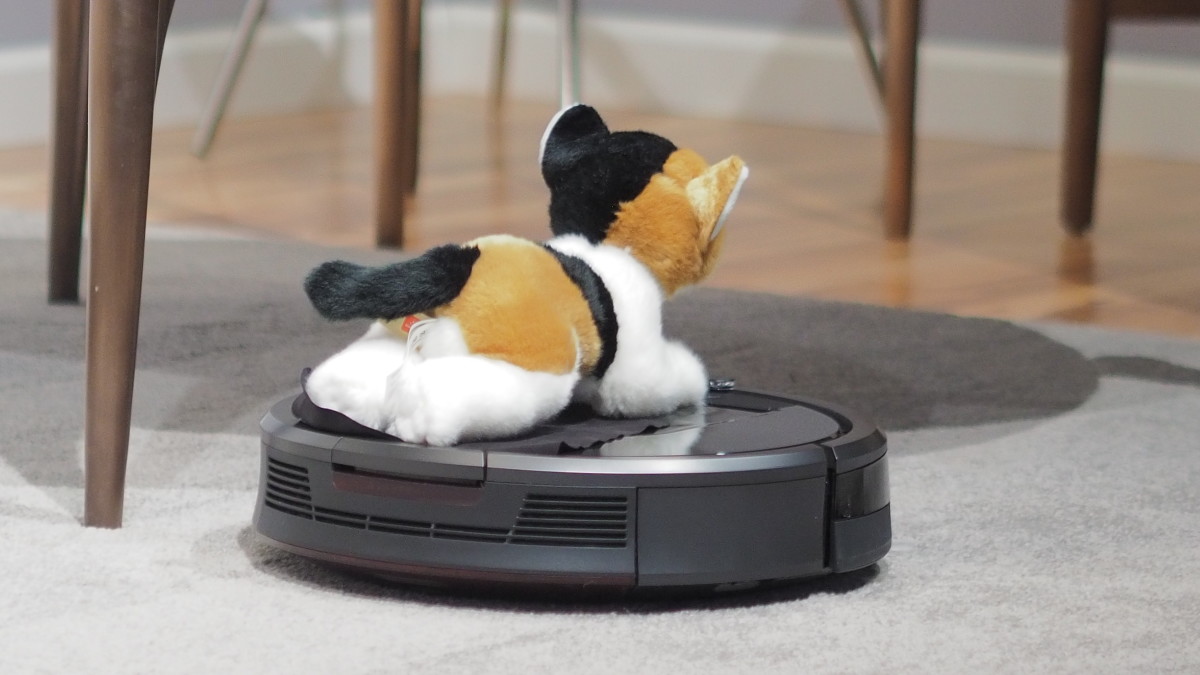 iRobot’s house-cleaning Roomba is about to get a lot smarter. At an event in NYC today, the company announced the Roomba 980, its most powerful model yet and the first you can control with your smartphone.

The Roomba 980’s iAdapt 2.0 technology allows the vacuum to actually map your home using its various sensors and smart processing.

iAdapt 1.0 was primarily based on clever guesswork and preventing the Roomba from falling down your stairs. The 980 instead uses Project Tango-like technology to create a realistic map of your house. The robot is able to recognize and memorize objects so that next time it performs a sweep, it doesn’t have to try and avoid them via trial and error. It also is able to detect whether it’s on carpet, tile or hardwood floors using a bottom-mounted sensor.

It was impressive to see the robot completely avoid obstacles to return to its charger after mapping out the demo space. Instead of the zigzagging patterns used by prior devices, it knows exactly the most efficient route to go about cleaning a home, working in parallel lines wherever possible. It also means the Robot can get extra mileage from its 2-hour battery life.

It’s 2015, so Roomba 980 is now entering the Internet of Things. It’s the first iRobot vacuum to connect to your home’s WiFi network, allowing you to control your Roomba and schedule cleanings anywhere you are via an iOS or Android app.

Roomba CEO Colin Angle said people weren’t using prior Roomba’s scheduling features enough because you had to do it via the machine itself – being able to control settings from an app should make things much easier.

Unfortunately, you can’t manually control the robot via your smartphone the way you can with the Star Wars BB-8, but such features could possibly be added in a future update now that the bot is connected to the Web. In a fun tidbit, your Roomba also now comes with a birthday, and you can even give it a name via the smartphone app.

Of course, it has to actually clean, so iRobot is touting the 980’s improved vacuuming performance. Because the 980 can traverse your house more efficiently, it saves more battery power for cleaning difficult surfaces like thick carpets. iRobot says the 980 will now pull out 10 times the suction power and two times the cleaning power when going over carpets as opposed to hard floors.

It’s also able to detect when there is a lot of dirt along a singular area, allowing it concentrate cleanings in a particular area of your home until the debris is gone.

The Roomba 980 goes on sale online tomorrow for $899. It will be available in retail stores in North America starting October 1.