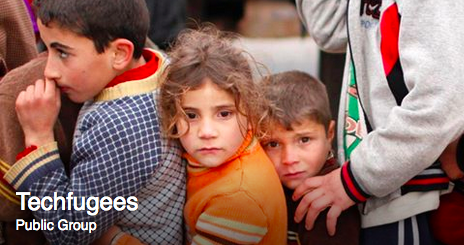 Over the past few weeks, we have highlighted the need for the tech community to look outside its bubble at the European migrant crisis.

Today, Mike Butcher, Editor-at-large of Techcrunch, has taken this a step further and launched “Techfugees” – a community for people in tech to share their responses to the crisis.

Butcher has encouraged members of the Facebook group to share information on things like hackathons, events, projects and products. He also says it is a platform for solutions, not opinions, so off-topic posts will be removed.

Speaking to TNW about where the idea came from, he said:

I was bowled over by the response to my question a week ago asking if anyone wanted to create a group like this. After some thought I figured we should start with an ‘MVP’ to get things going. In due course I’m going to gather a meeting of members and agencies to do a ’round table’ on what response the tech community can have to this emergency.

Less than 12 hours since it launched, the group has amassed nearly 250 members, so the response is positive. Hopefully, it can prove to be a useful tool for the tech community to help solve humanity’s problems, not just the technological ones.