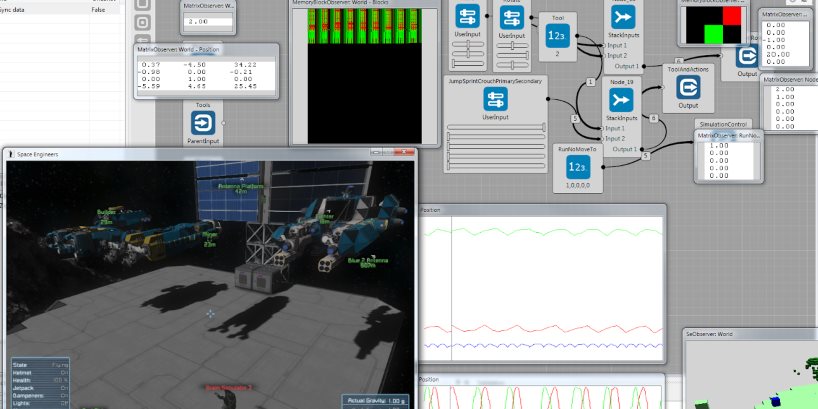 Elegized by so many science fiction writers, artificial intelligence has seen a procession of successes and breakthroughs over the last few decades. From the Deep Blue defeating Kasparov in 1996 to a self-teaching AI smashing Super Mario World in 2015, thoroughly crafted algorithms can solve increasing numbers of tasks.

There is, however, one thing predicted by sci-fi authors a while ago that still has not appeared in the real life. That is “general-purpose AI,” which can teach itself to solve any kind of task without human’s intervention beyond supplying it raw data. This kind of AI is being worked on by a few companies like Google-owned DeepMind, as well as less known ones like Czech Republic-based GoodAI, the owner of which invested $10 million of his own money made through selling games.

Marek Rosa, who runs GoodAI, is better known by his other company, Keen Software House. Its most popular products are Space Engineers and Medieval Engineers, open-world games sold in about 1.7 million copies in total.

By running GoodAI, which seems to be quite far away from generating revenues, Rosa is fulfilling an aspiration he’s had since he was a kid.

“I was about fourteen [when I got] my first computer, I was really interested in robotics, artificial intelligence, virtual reality and game programming,” he told TNW. “I realized that […] if we solve intelligence, if we have this kind of universal intelligence, it can solve everything else for us.

“To achieve this, I decided to first make some money in game development because I was assuming that the market for games was already established whereas the market for AI was not very mature twenty years ago.”

After a few years of working on different game titles, Rosa started GoodAI with just two developers but has been hiring actively over the past few months and is now approaching a headcount of 30.

Although the two Rosa’s companies work independently, he plans to use Space Engineers as a sandbox for GoodAI’s algorithms to do some basic learning.

“We don’t want to be limited just to games,” Rosa said. “We’re [applying] this AI to Space Engineers for pure practical reasons. This AI needs an environment where it will be operating, and the game seems to be a good environment for ‘childhood’ stages of the AI. It can’t do any harm in games, it can’t lead to financial losses or harm people. Any mistake it makes are really low-cost.”

By launching a tool called Brain Simulator and incorporating it in the game, Rosa wants to encourage players to create, teach and share their own AIs used for in-game purposes: for example, as peasant characters.

“This integration will make playing Space Engineers and Medieval Engineers more fun, and at the same time our AI technology will gain access to millions of new teachers and a new environment,” Rosa wrote on his blog. “We are giving AI to players, and we are bringing players to our AI researchers.”

Even with a 30-strong R&D team, the amount of work needed to create a truly universal AI is huge.

“We have three pillars in our work,” Rosa explained. “First is to come up with a proper cognitive architecture or architectures, which can do the intelligence in specific training or testing environments. The second pillar is the right type of cognitive modules, or neural networks that can learn the relationships in data coming from the environment.

“The third pillar is to have something like a school for AIs. It sounds funny but it’s just like people, we go through some developmental stages. We don’t just start driving cars or programming, we go through little steps. […] We know how children development happens, and also we know similar things from animals like rats and monkeys. So basically we’re using this as guidance.”

At the moment, different teams at GoodAI work on separate verticals of the future AI, like control of motorics or vision.

“We are trying to build general AI, but we still have [several] narrow AI [solutions]. I believe that as we will be learning one thing after another, we’ll be able to switch these architectures and these modules to more universal approaches.”

Not unlike Deep Mind’s technology, AI developed by Rosa’s team can play some simple games like Pong (the video below shows a demonstration with the game Breakout, even if it says Pong in the title).

Eyes on the prize

The Brain Simulator can already be downloaded from GoodAI website, while its integration into Space Engineers is supposed to take place in the next few months. That doesn’t mean, however, that the general AI the startup is pursuing will be finished any time soon.

“I think that the biggest obstacle is [to create] neural network modules that can learn and represent the data from the environment, do the generalizations and predictions while being not too demanding on computational resources. Nobody has solved this yet; there is some good progress, but it’s still not enough. We need to overcome this obstacle, and then I believe things will go much faster.”

Rosa couldn’t say when he expects to see GoodAI getting close enough to its ultimate goal, while a job posting on the startup’s website suggests that the project is envisioned to last for at least 10 years.

“I have a roadmap for us for the next couple of months,” Rosa said. “After that point it’s really hard to predict because things change. But we would like to have a new game that will be based only around teaching your AIs, during the next year. And then we will see if we can apply the knowledge and intelligence that we have at that moment to some other business applications, not just games.”