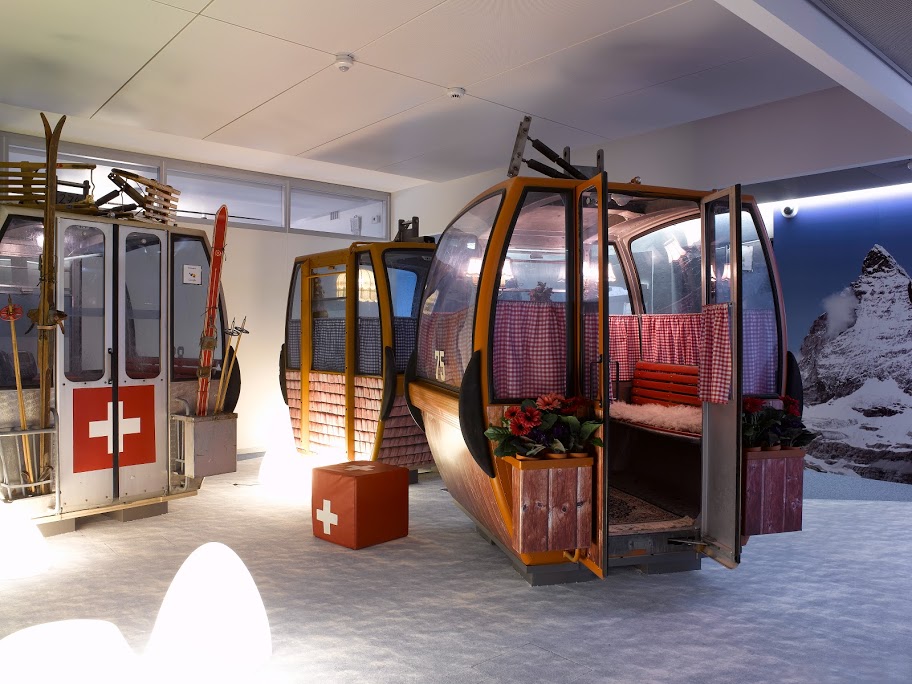 Switzerland is no stranger to innovation. Einstein published some of his most influential and revolutionary works at the University of Zurich; the country is home to the Large Hadron Collider, located in Geneva, and the world’s first webserver was Tim Berners-Lee’s NeXT computer at CERN, on which he also wrote the first Web browser.

When it comes to startups, everything is in place to create home-runs; mind-blowing technology, leading research facilities and a track record of some of the sharpest minds in the world. Geneva and Zurich are among the world’s foremost financial centers, providing Mature markets exist in the MedTech, CleanTech, and Biotech sectors. However, the ecosystem at large is still in its infancy; it’s slow, largely risk-averse and lacks liquidity.

As a consequence, even with over 200 startups founded every year, the country hasn’t fully adopted the lean, fail-fast-and-pivot philosophy that defines other hubs. The unique combination of the world’s highest salaries, lowest unemployment rates and highest comfort creates no urgency for fast-moving innovation – and that needs to change. The education system doesn’t actively foster the entrepreneurship culture, either. Fortunately, authorities and politicians involved in the ecosystem are increasingly aware of this problem.

A key factor in Swiss culture is cohesiveness. Federalism has led to every Canton creating its own facilities for incubation with self-designed programs, causing unnecessary splintering in the paths to success. A small domestic market forces Swiss startups to aim internationally from the beginning – but if it can become more cohesive, it will be a valuable space for testing and experimentation.

FinTech is now one of the fastest growing industries in the country, which comes as no surprise given the country’s history as a banking hub. A series of new initiatives led by private companies (the Swiss Exchange’s incubator, Geneva’s “Fusion” accelerator, UBS’ “Future of Finance Challenge” program) and the government (the Swiss Innovation Park in Zürich will have a strong focus on FinTech) have emerged recently to foster this momentum.

With major banks opening their doors to startups (UBS now has a mentoring program), public money support and the most stable political system in the world, we shouldn’t be surprised if we see new European unicorns growing here.

I reached out to some key insiders in Switzerland to gather their opinions on the current state of the ecosystem.

Brigitte Baumann
Founder & CEO Go Beyond and European Business Angel of the Year.

A good tax situation for angels – no capital gains tax

Switzerland is an excellent place to find early stage investors and become a business angel. Comprised of many successful, family-run SMEs, Switzerland gives you access to a market full of wealth and entrepreneurial spirit. It also has an excellent ecosystem where entrepreneurs may easily find investors led by SECA (Swiss Equity Capital Association) and CTI (The Innovation Promotion Agency).

There are still too few business angels in Switzerland due to risk aversion and low interest for corporates to be involved with startups. On the investor side, there are excellent startups in Switzerland, a good flow of companies interested in acquiring startups – our last 3 sales were with corporations based in Silicon Valley – and good tax situations for business angels including no capital gains tax.

As a country, we are optimistic that more individuals will become business angels as there is evidence that, by building a diversified portfolio and being part of a syndicate in Switzerland led by a certified deal leader, one has a good chance of earning positive returns.

Switzerland: a clean, peaceful and orderly country. The clichés are true. What is also true is that Switzerland is a hub for high-tech and internet entrepreneurs and, by continuously outperforming all EU Member States (European Innovation Scoreboard), it has become Europe’s innovation leader.

Switzerland is a country where people are fond of using new technologies – something that is of benefit to the financial sector, too. As demand grows, so does supply, and the Swiss financial center is increasingly spawning innovative FinTech startups. When it comes to consumer-facing web and financial technologies, the Greater Zurich Area is the undisputed innovation hub.

Zurich is not only home to Technoparks and the ETH, the leading University in continental Europe, but also to Google’s largest engineering office outside of the US and other global players in ICT such as IBM, Evernote, Disney Research and Kayak. Switzerland is also increasingly attracting innovative startups. A recent example of this is Xapo, a a bitcoin wallet provider combined with a cold storage vault and a bitcoin-based debit card. Some months ago the company decided to move its headquarters from San Francisco to Switzerland, citing data privacy as one of the main reasons in favor of this location choice.

Thanks to the consistent growth of innovative ideas, SIX, the operator of the Swiss financial market infrastructure, opened a new innovation center with the financial technology incubator F10 in August 2015 aiming to make Zurich a global center for financial technology.

The authorities are massively supporting the development of innovation

The Swiss authorities are massively supporting the development of innovation via institutions such as CTI, local initiatives and technology parks. Private initiatives, including training pioneer IFJ / Venturelab and Swiss Tech Talks association, offer training and collaborative opportunities for entrepreneurs.

The undisputed hubs are the two Swiss Federal Institute for Technology centers (ETHZ in Zürich and EPFL in Lausanne) which are magnets for high-profile researchers and students. The last 5 to 7 years has seen many parks/incubators popping up across Switzerland where almost every city of 20.000 and greater inhabitants has its own.

My personal favourite is the Swiss pioneer – EPFL Innovation Park in Lausanne – which began in 1991 and has tripled in size since 2010. The park underwent a massive transformation in recent years providing more and more value-added services such as coaching, training for those interested in becoming startup board members, co-working space for very early stage companies and startup events, including a Fail Conference chapter.

EPFL Innovation Park is, in my opinion, the most developed startup ecosystem in Switzerland (with Zurich Techno Park area). Switzerland is unique, especially by international comparison. Only 2 hours separates Lausanne and Zurich and all the parks/incubators – whether little or big, focused on an industry or not, providing spaces or not – play an important role in connecting entrepreneurs and linking the very local ecosystems.

Switzerland is known to have a safe, stable and liberal economy thanks in large part to its legal system: a civil law system based on a semi-direct democracy reflecting the political forces of the country. Although the country is very much oriented on innovation and R&D, the legal framework is quite rigid. This is true for corporate law, which requires a minimum paid-in capital of CHF 20’000 to incorporate a limited liability company (LLC) or CHF 50’000 for a limited company (Ltd).

Corporate law also submits several corporate actions (incorporation, capital increase) to the validation of a public notary and approval by the commercial register securing investors and creditors. However, this considerably slows the corporate process and increases the costs of financing rounds. The lack of fluidity in corporate processes is burdensome for equity-based crowdfunding campaigns. Additionally, the startup scene and the health valley (Lausanne area) are strained due to increasingly restrictive immigration laws.

Apart from these concerns, the stability of the legal system represents a tremendous advantage for innovative industries in terms of intellectual property protection and valuation (a ‘license box’ regime shall be shortly adopted) and data protection (the level of protection being equivalent to the EU).

The tax burden for companies remains low compared with other countries in Europe, therefore allowing Switzerland to become one the most attractive place for entrepreneurs and investors in Europe.