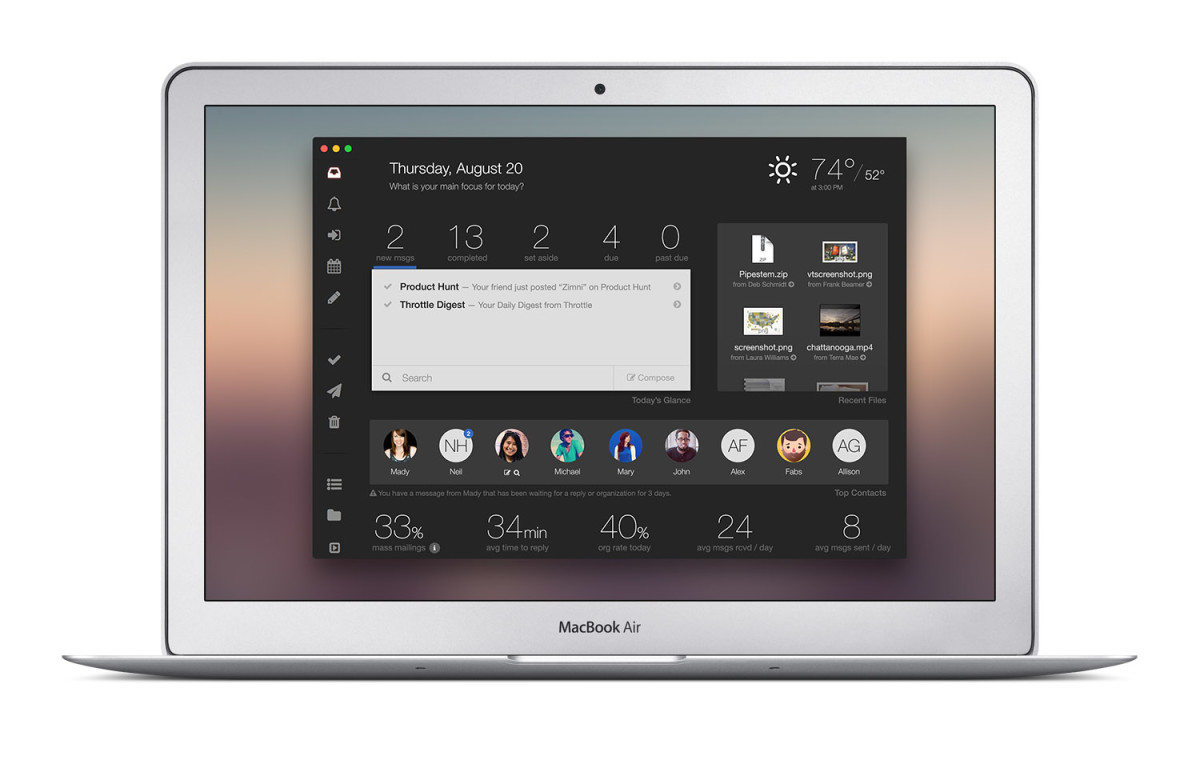 Email isn’t going away, but it is getting a lot easier tolerate. Mail Pilot for Mac just got a significant update, rolling in a new dashboard feature that power users will love.

With the aptly named ‘Dash,’ you’ll get insight into all the metrics you could possibly hope to see from an email client. The “distraction free” interface provides easy access to files and contacts while keeping its focus on being your digital taskmaster.

It may actually work, too. With Dash as the default view, I was able to get a quick glimpse of what was going on with my inbox, and which emails were still waiting on a response.

Often, I know what the message in an older email is — I just haven’t responded. With Dash, I can quickly respond without seeing the threaded conversation, or expand if I can’t remember exactly what’s going on. There’s even a clever partition for setting emails on the back burner indefinitely, which helps when you are waiting to hear back from a third party.

You can also ask to be reminded about emails later on, and Mail Pilot keeps track of emails as though they are checklist items. After you successfully ‘complete’ and email (which is to say you’re done with the thread), it tucks them into your “Complete” folder.

Mail Pilot is great for powering through an inbox, getting you to ‘Inbox Zero’ faster than many other clients. Folders are tucked away under the account header, which is hidden behind the default sidebar. You can add an email to a folder when the conversation is open, but not from Dash.

It’s a clever app for getting through email, but relegating folders may be too clever. I do really enjoy the Dash feature, but the entirety of Mail Pilot seems centered on fast action, and some of the metrics quietly shame you if you’re not acting quickly enough (do you need to know your average response time to an email?). It cobbles together some functionality I’ve found sprinkled in other email clients, and strikes a good balance. Still, it’s just not much more than email as we know it.

Take a look at your current desktop mail client; if you rely on folders to quickly access email conversations, Mail Pilot (specifically Dash) may not be for you. If you’re the type to plow through an inbox and go on about your day, it’s probably going to suit you just fine — maybe even better than the app you’re currently using.