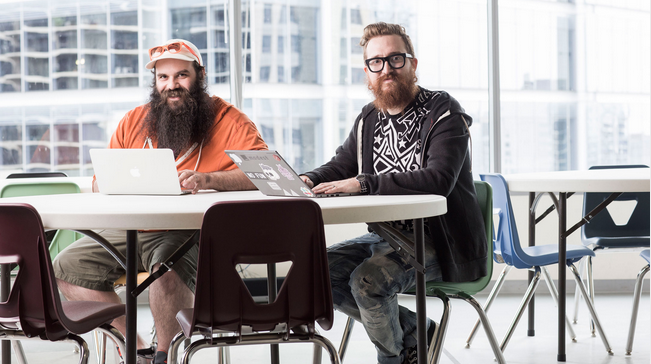 Harper Reed is a cool guy. He was CTO of Threadless, then worked on Obama’s 2012 election campaign in same role. He’s now… a PayPal employee. Um… okay, so that’s not quite as cool as the other stuff, but how he ended up there is actually pretty neat.

Reed’s retail startup Modest, which he co-founded in 2012 with Dylan Richard, has been acquired by PayPal. Both Richard and Reed will now join the company’s Braintree unit, along with their team.

A short explanation of what Modest is about: Reed and Richard wanted to make buying online more pleasant for merchants and shoppers. They led technology development at Threadless, so they’ve got serious chops and experience in the space.

While Reed was CTO on the Obama 2012 campaign, Richard was the organization’s lead engineer. Snapping them up is a big coup for PayPal. Expect to see very interesting things coming out of the company’s Chicago offices where the Modest team will be based.

Read next: How technology firms donated to Obama’s reelection campaign

Read next: Sharing data from the Ashley Madison leak is deplorable, even if you think people deserve it