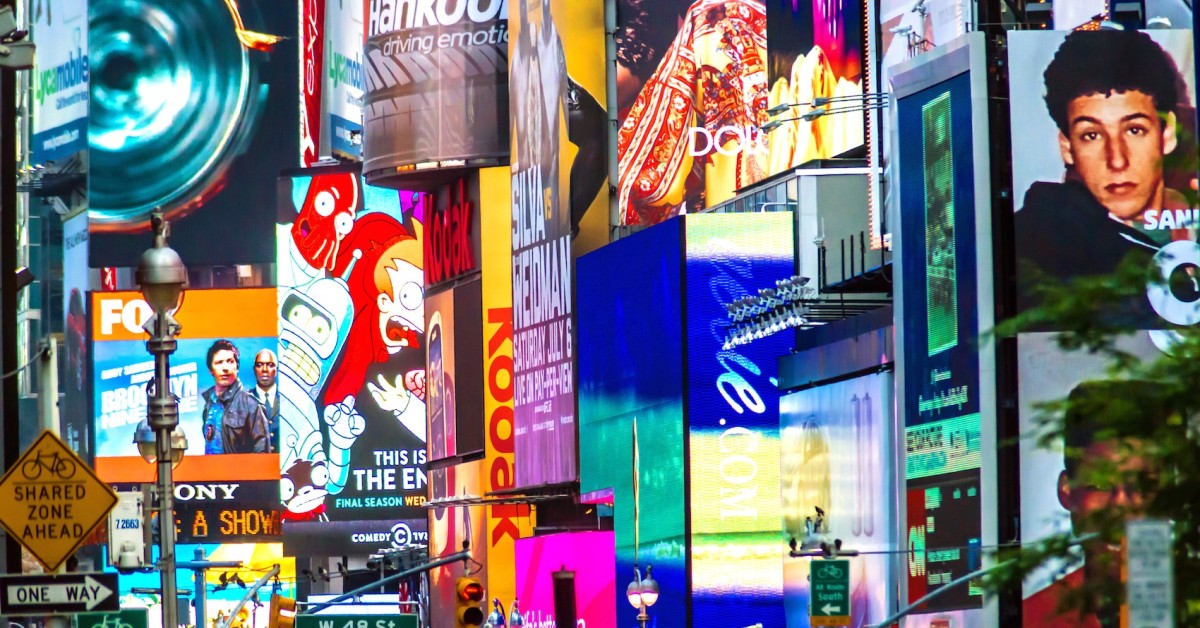 Advertising is changing. Brands are hiring agencies that specialize in digital and social, alongside traditional agencies to work on the same projects. However, as pointed out by ad guru Ana Andjelic, there appears to be no real consensus about what this means for those working in the industry.

For those of you working in advertising and wondering, should I join a big, established agency, or hop on over to the bleeding edge of digital creation, this can be a daunting moment.

It doesn’t matter if you’ve been doing this for 40 years or 4 days, digital isn’t going anywhere and embracing the future is how you will get ahead. Here are some tips that I’ve picked up on the job.

Advertising doesn’t exist anymore without digital. Working at smaller shops to gain a specialty will help you in the long run since the nature of specialities is that they become the norm – so you’ll need to know how to do it eventually anyway. Why not get ahead?

I get the excitement that comes from joining an ad giant – I used to work for one and owe a lot of my success to them. I also owe the fact that working at a big agency was made possible only by working at handful of smaller shops beforehand.

Going small allows you greater flexibility within the workplace and increased exposure to a variety of tasks. You tend to sit closer to other departments as well, which is great for cross-pollinating ideas. Your successes and failures are entirely visible and there’s no place to shirk.

Sink or swim, those are your only two options and sometimes the fewer the options, the greater the drive instilled, the steeper the learning curve and the quicker you’ll ultimately succeed.

My agency life began because I was the token young kid in marketing departments for retailers trying to figure out e-commerce. My career was shaped by being forced to learn the ins and outs of SEO and early community management in forums.

While my advertising world was the size of a bubble gum bubble when I initially joined the ranks, my knowledge of the digital landscape was vast. This is why agencies hired me.

Nowadays, you can visit places such as Search Engine Watch and Search Engine Land for great insight on everything from how to revive dying search campaigns and optimize for keywords, to the latest news on App Indexing and search algorithms.

All of this can help put your clients at the forefront of the consumers’ minds and give you a competitive advantage in the digital world. After all, agencies look for versatile employees and having a bit of ‘geek’ in your arsenal is a favorable attribute.

“Ideas first, channels second” is my mantra. I say it every day. So much so that I can see the creatives with whom I’ve worked with over the years rolling their eyes at their computer screens right now… and hopefully smiling.

As mentioned, TV spots aren’t ideas. Neither are social posts. Both are just executions of an idea. Clients know this. They want to see the big idea thinking first.

Remember, the key is in the sell. In the 60s everyone wanted to go to the moon. That’s what that generation bought into. They worried about creating the right rocket for the job after deciding on where they wanted to go, not before. The same applies to advertising. Create the grand scheme and work on thinking about what channels it will be most effective on after you have garnered support for the main goal.

I actually have a client who refers to bad banners as “prigital” (aka print in digital) and can sniff out a mile away when she is reading a script for “online video” that is really just a cover up for teams not being able to think past TV. More and more clients are like her nowadays.

Once you’ve got your idea, you’ll then need to articulate it in order to clinch the deal. Try getting the message across in three acts like a conventional story. Why, How, What, has worked since time immemorial.

If you can’t articulate it in three slides, how do you expect your prospect to buy into the concept? And remember that age old adage, ‘a picture is worth a thousand words’? It became an adage because it’s true. Strip everything back. Express your idea in as clear and simple a manner as humanly possible for a better chance of success.

I remember the days of cross country focus groups. And then I remember when companies like Mindswarms entered the field and stabbed them in the gut because they offered mobile video surveys on a global level with similar results for a fraction of the cost and time.

Don’t take a month to do something when it can be done in a matter of days.

If you are looking to utilize hard-core market statistics and data, then look no further than the wealth of whitepapers and reports you can subscribe to through the likes of eMarketer and Forrester. Better yet, combine those findings with social listening that you can do through tools such as Sysomos.

Push yourself to move at the speed of culture to create more powerful work and to lean on innovative businesses that offer faster solutions to traditional methodologies. Your clients know this and so do their wallets.

Befriend the startups in town

Give a sh*t about what startups are doing. While I live in the Pacific Northwest where startup culture runs rampant with accelerator and incubator projects like PIE, they exist everywhere, you just have to be willing to put the effort in to find them. Here’s a handy European accelerator list to get you started.

When you do find them, pay attention to what they’re doing. You may just learn something from them that you can use in an idea. Or, make a really important friend that you could use in the future. Start-ups that start-up get funded. To bring us full circle, that could be your chance to work at a smaller shop, gain a speciality and ultimately further your career.

For traditional folks that aren’t embracing digital on the same level as other creative work, you are shunning the future of your craft.

Television and radio used to be rejected, too. If “digital” is code for progressive then that can only mean “traditional” is code for “regressive.” My money’s always on progress.

If you want to get ahead in this industry, go small for the hands on experience and tool up accordingly with the multitude of free resources you can access and learn from, including the vast wealth of knowledge you can plug into through the startups in your area.

In order to respond quickly to cultural changes, know how and where to harvest data quickly and effectively. This combination will help you create the most suitable and effective work that’s in keeping with the current zeitgeist.

When it comes to the sell, remember to deliver your idea in as simple a manner as possible and concern yourself about where it lives afterwards. After all, it’s what clients hire agencies for.

Once all this is in place, should you feel you might want to try a bigger shop, you’ll be ready to take the plunge and better position yourself against other candidates, because you have done more, have the digital know-how and you are not afraid to stand up and be counted.

Read Next: The future of advertising