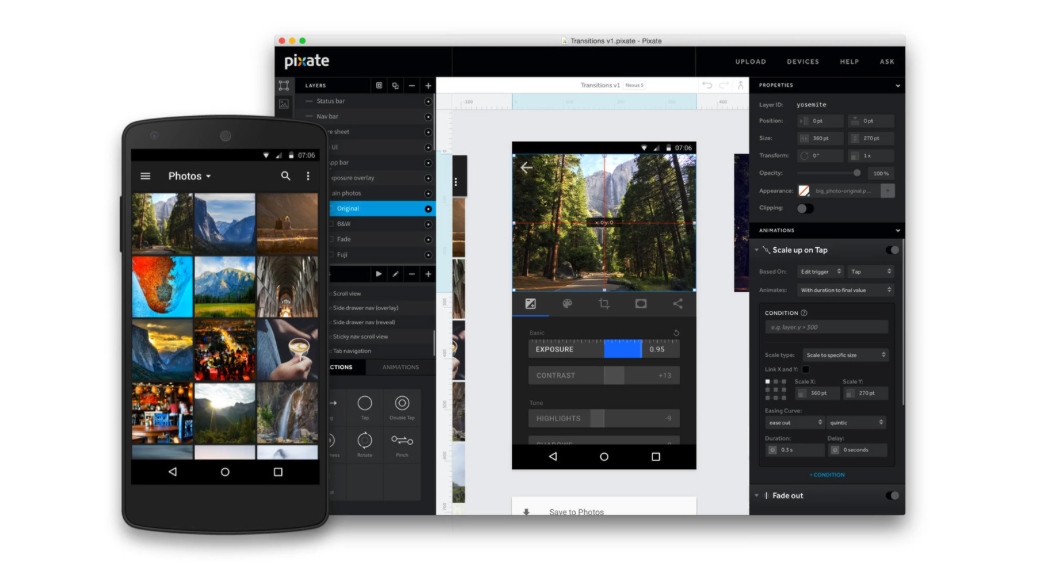 Google has acquired Pixate, an app prototyping service. Terms of the deal were not disclosed, but Pixate will join Google’s design team. As a result, Pixate Studio is now free, and the team says it is working at “dramatically reducing the cost of the Pixate cloud service.”

Pixate is akin to Sketch, the popular OS X tool which has found favor with many app designers. The acquisition is also interesting for Google, which snapped up Relative Wave late last year.

Relative Wave uses Visual Programming Language to help designers and developers prototype apps. The platform for creating those prototypes, Form, was also mentioned in Google’s announcement today; it is being updated to version 1.3.

Where Form makes it easy to get prototype apps running natively on iPhones and iPads, Pixate will speed up the design process across platforms.

The tandem will make a handy way for Google to force its Material Design principles on developers who haven’t yet updated their apps; the Form 1.3 update notes “material design patches let you prototype with the latest material design components”.

Read next: Multitasking on Google Lollipop: A closer look at how Material Design improves productivity