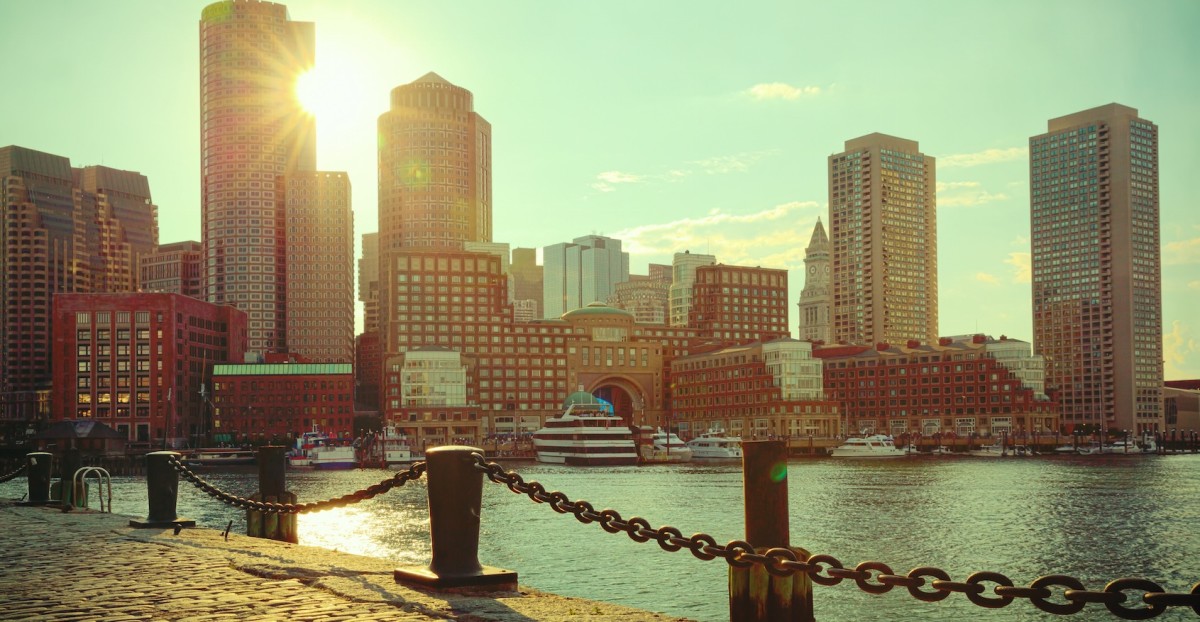 When it comes to tech hubs, many entrepreneurs think they need to be based in Silicon Valley in order to thrive. Others look to tech centers like Silicon Alley or fast-growing Austin to establish their startup. Despite its rich history in technology and innovation, Boston is often a city that gets overlooked by those in the startup scene—until now.

There is a renewed energy present throughout Boston and the entire region that is making Beantown a tech mecca in its own right. This renaissance is being driven by local successes at companies ranging from early-stage startups to established technology giants, who are all taking an interest in talent and companies in the region. It’s not Silicon Valley or Alley – Boston has a unique tech DNA and culture; one that is collaborative in nature.

Not convinced? Here are six reasons why you may want to reconsider Boston as the city to launch your startup or, at minimum, build a presence for your tech company:

1. VCs are taking an interest in local startups—and it’s paying off

The energy of local startups is contagious, and Boston VCs have taken note. In the last five years, area firms like Battery Ventures, Atlas Venture, Bessemer Venture Partners, and Matrix Venture Partners have relocated to the city to be closer to the upsurge of startups. And in 2014 alone, Boston’s innovation economy raised $4 billion in funding—up $1 billion from the previous year.

Adding to the impressive funding, a number of young Massachusetts companies have made their Wall Street debut from 2010-2014. HubSpot, Care.com, Demandware, TripAdvisor and Wayfair were among the nine IPOs, in addition to 196 smart acquisitions, by Massachusetts companies. This year about 588 tech companies across the nation are in the IPO pipeline—with Massachusetts home to nearly four dozen of those technology firms.

2. There is a city-wide support network for young startups and established tech companies alike

With over 40 university and industry incubators/accelerators state-wide, entrepreneurs will have no trouble finding the resources to grow their ideas into businesses. Boston is home to Blade, Bolt, Cambridge Innovation Center, Greentown Labs, Healthbox, LearnLaunch, MassChallenge and Venture Development Center. City Hall has built programs that support startups to help Boston evolve into a world-class tech ecosystem, including the hiring of the first “Startup Czar,” an advocate for the city’s entrepreneurs and early-stage businesses.

For young companies and established ones alike, Boston also has an incredibly strong professional services infrastructure. It offers top-notch legal services, tech-focused public relations agencies, financial firms like Deloitte and KPMG, and other service companies to support every need of a tech company.

3. The city nurtures its tech talent – and in turn, is attracting high-tech giants

Boston is home to some of the top STEM schools in the country: MIT, Harvard, Tufts, Northeastern, BU and Wentworth Institute of Technology. In Cambridge alone, there is more tech academic research and development spending (about $4 billion) than in any other part of the country, including the San Francisco Bay Area ($1.3 billion).

Tech giants such as Facebook, Twitter and Amazon have taken notice, establishing East Coast headquarters or opening engineering and R&D offices in the city. Other major players have held offices in Boston for years, including Google, IBM, Microsoft and Oracle.

There has also been a 21.4 percent growth rate among women in tech state-wide from 2009-2013—the second-highest among competing tech states. Women even make up 10 percent of Mass-based tech company board seats. While this is only a start, there are efforts to grow this number.

5. Boston is more than just biotech and pharma

It’s no secret that Massachusetts is a supercluster for pharmaceutical and biotech companies—there are over 500 in the area. The benefit of these industries is that there are hundreds of companies that have gone from labs to market and are spinning off startups, helping to spur the entrepreneurial ecosystem. Orig3n, a pioneer in regenerative medicine, is just one example, with founders that worked in R&D at PerkinElmer before launching their own startup.

And while there continues to be amazing innovation coming out of the biopharma industries, there are also big things happening in other industries, such a travel (Kayak and TripAdvisor), business services (Vistaprint and Constant Contact), gaming (Giant Spacekat, Disruptor Beam and Turbine), ecommerce (Shoebuy.com, RueLaLa and Karmaloop) and more.

6. This city celebrates its tech scene like its sports teams

In the last decade, Boston sports teams have won three World Series, three Super Bowls, one NBA Championship, and one Stanley Cup. For every win, the city celebrated with parades, meet and greets, happy hours—you name it. Bostonians enjoy a good celebration, whether it is in honor of its sports teams or its tech scene.

It’s clear that the state of technology in Massachusetts is strong, and Boston’s long-term momentum as a home to startups and innovation is the direct result of collaboration and innovation starting from the bottom up, a passionate and talented workforce and an abundance of investors and government support—all the things that position this city as a high-tech force to be reckoned with.

Read next: Google Campus Madrid gets ready to incubate a new Spain