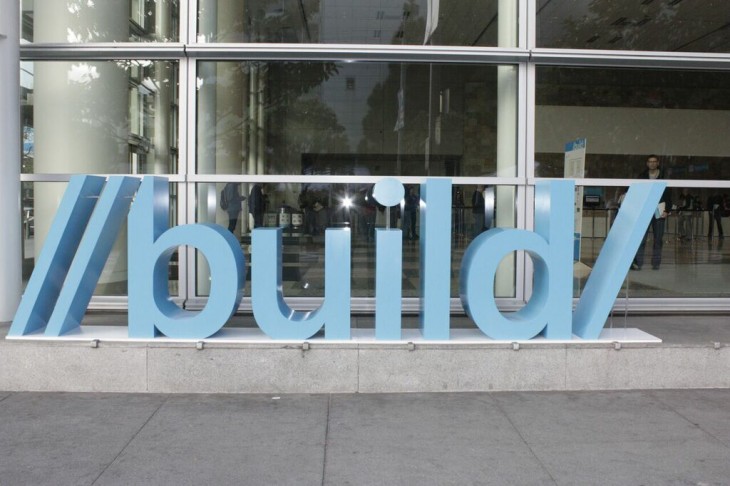 As day one of Microsoft Build Developer Conference comes to a close, here’s a roundup of the most exciting news the company announced today.

After a short chat about Microsoft Azure and a few demos, Microsoft announced that .NET Core, the company’s open source implementation software, is now available as a preview for Linux and Mac OS, allowing developers to build cloud applications on multiple platforms. Windows users can try out .NET Core RC and start their debugging fun today.

In addition to the above love for Mac and Linux, Microsoft also announced the release of Visual Studio Code, a code editor designed for those two operating systems. This can be used alongside the .NET Code software highlighted above.

➤ Microsoft now has a code editor for Mac and Linux: Visual Studio Code

All within the first hour of the keynote, Microsoft continued on its Azure talk with the announcement of new services, including the Azure SQL Data Warehouse (a data warehouse-as-a-service offering to help companies keep track of data and queries used and Azure Data Lake (a big data repository).

Developers can also make use of the new SQL elastic database pools that are designed to help companies better manage resources by eliminating the need to create a database for each new customer.

An hour into the keynote, Microsoft finally moved on to talking about Office 2016 – starting with a demo of how Office Graph API can enable cross-platform integrations that are available across its suite. For example, you can set an Uber ride reminder alert via Outlook for any calendar appointments you might have.

Developers can now use add-in frameworks to build on top of Office, whether it’s Word, Excel, PowerPoint or Outlook. The company estimates that it currently has 1.5 billon Office users transmitting a whopping 470 petabytes of data.

The first announcement: The Windows Store is getting its own carrier billing service across 90 mobile operators to make it easier for customers to purchase apps, and developers to sell apps, without requiring a credit card. This will be available for all Windows 10 devices.

➤ Microsoft announces carrier billing for all Windows 10 devices, even desktop

Microsoft demoed what it’s like to run Windows apps on a PC – or what it bills as “universal apps.” Even after the user closes the app on their desktop, they can still opt to receive notifications on the lower right corner to allow the app to run across all their devices.

There were rumors earlier this week that Windows will somehow allow Android apps to run on its platform. Today Microsoft clarified the rumor by announcing that developers not only can port their Android app codes to Windows 10, but also iOS apps. Snap!

This will certainly reduce the friction for developers hoping to expand their app offering to Windows 10 without requiring a whole lot of effort. The apps will port over on Windows as universal apps so you can use them on Windows 10 desktops as well.

Project Spartan is officially no more: Microsoft unveiled an official name for the browser at Build – the Microsoft Edge. Personally, I miss the Spartan codename already.

The browser will have note-taking and sharing features built-in, as well a new tab page and Web extension support.

Fully backing its promise to make its service and devices as universal as possible, Microsoft also announced that Windows 10 phones can be used as a full computer.

It make sense, really. Since Windows apps are universal anyway, Windows 10 continuum allows users to connect their devices via an HDMI cord to see their phone in full screen.

In a demo, Joe Belfiore, Microsoft Corporate Vice President at Operating Systems Group, showed off PowerPoint from a Windows 10 phone on a desktop. Although the look and feel is very much like a native desktop app, it’s all running via a Windows 10 smartphone, and can even pull in photos from the camera roll to insert into slides.

Remember Microsoft’s foray into virtual reality last year? That division of MS is still at it with today’s showcase of Windows Holographic.

While nothing particularly new was announced in this section, Microsoft did show off its development to make the HoloLens VR headset compatible with browsers, allowing wearers to walk around and resize Windows 10 app screens and interact with them through the holographic computing technology. You can also use voice command to make browsers follow you around… if you want that.

Microsoft also demonstrated the use of HoloLens from a medical education perspective, and brought a student on stage to show how she can use the VR headset to study the human anatomy. She does so by examining the human body from various layers and zooming into specific bones and organs.

And that wraps up the big news from Day 1! Stay tuned for our continued coverage of the Build conference this week.