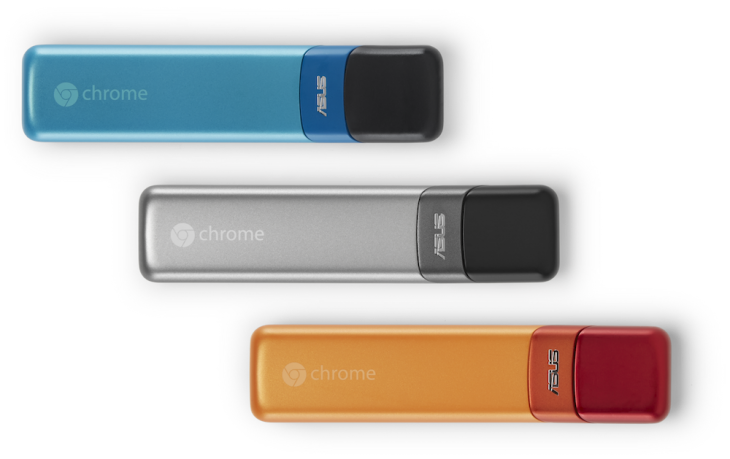 Google is making a big push into Chrome OS today. The company just announced a $100 TV dongle that turns any TV into a Chrome OS computer, as well as new Chromebooks.

The new ASUS ‘Chromebit’ is the most interesting announcement. Due this summer, the dongle attaches to your TV via HDMI and turns your screen into a full-fledged Chrome OS computer. Google says it will cost less than $100 and is smaller than a candy bar.

Otherwise, there’s a new $249 ASUS Chromebook Flip, which folds into tablet mode and, naturally, features a touchscreen as well. It’s all metal, 15mm thin and weighs less than two pounds.

Finally, it’s also introduced the cheapest Chromebooks ever, The Haier Chromebook 11 and the Hisense Chromebook, both of which cost $149.

➤  More Chromebooks, for everyone

Read next: Facebook's new Scrapbook tool makes it easy to collect all your kids' photos in one place