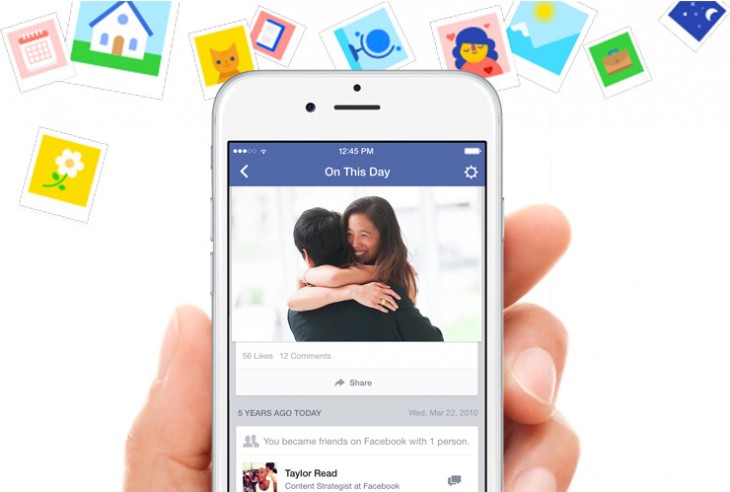 You know those times you look through old Facebook photos and start to feel nostalgic? Or perhaps you used to be exceedingly nerdy and want to look back at how far you’ve come. Well, Facebook now wants to make sure you’re constantly reminded of these beautiful memories.

The company is today introducing a new feature called “On This Day,” which pulls up old memories like photos, posts and statuses from the same calendar date in years past, looking back at one, two or more years ago. We expect February 29ths to be relatively uneventful.

The feature isn’t actually completely new though – the company first started trialing the On This Day back in 2013. Still, this is the first time it’s being officially rolled out for everyone.

By default, only you can see your On This Day page, although you can, of course, share it with friends. You can also subscribe to notifications so that Facebook alerts you when you have special Facebook memories to pull up.

The feature is obviously very similar to Timehop‘s nostalgia trips, but it’s understandable that Facebook would want a native version of that functionality, given its desire to be a hub for all your social memories.

You can try out the feature at facebook.com/onthisday. Although that link doesn’t appear to be live for everyone quite yet, Facebook says it’s rolling out the tool to users globally on both Web and mobile.

➤ Introducing On This Day: A New Way to Look Back at Photos and Memories on Facebook

Read next: White Label is a hip hop music discovery app that should be made for every genre