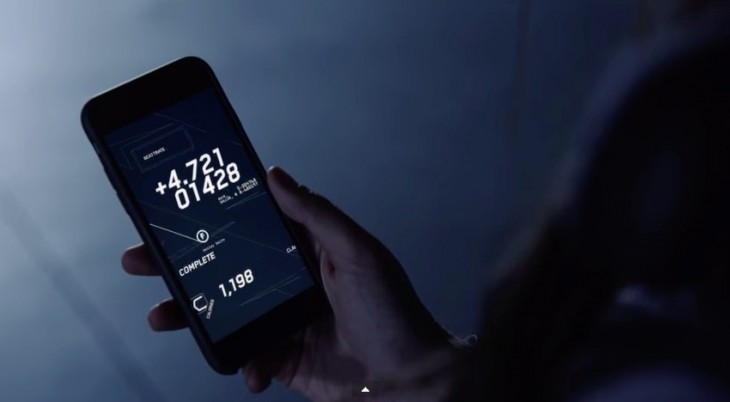 Last year, we saw cryptocurrencies break into mainstream news media with the launch of the ‘Coinye West‘ Bitcoin. The currency, originally slated for release in January last year, was shuttered after the Kanye West decided it was a copyright infringement to have his face on the promotional material surrounding Coinye West’s launch.

This year however, the crown for digital currency novelty could go to a development studio based in Austin, Texas for its FitCoin app. While most other cryptocurrencies require some sort of ‘mining’ to generate the currency, FitCoin relies on fitness tracking.

Chaotic Moon Studios built the app to work with wearable devices, such as Mio, Atlas and the Jawbone 3. The Mio and Atlas are currently ‘wearable’ with the app. The Jawbone 3 is imminent.

As the user exercises, the fitness tracker sends data such as heart rate and length of activity to the app, which then applies an algorithm to convert the effort you’ve put in with how much computer processing time your device shall spend mining currency.

In a demonstration, Grant Nicol, a designer on FitCoin wore a Mio band and ran on a treadmill for 40 seconds – and his smartphone mined nearly five cents.

Sounds great. But don’t expect to become rich off it. It’s more pocket money standards than anything else. Chaotic Moon hopes that with a few tweaks, the technology could help deliver lower health insurance rates for those who continue to stay more active. Another use is to generate enough money for to buy merchandise from sports organisations – if they choose to get on board with the concept.

While the technology is barely out of a development phase, FitCoin does mark a moment when cryptocurrencies appear to be moving out of the shadows and into the mainstream.

Last week, Intel announced its interest in exploring blockchain technology – that underpins cryptocurrencies. In the beginning of September 2014 the Bank of England published a report that describes blockchain  as a, “significant innovation’ that has ‘far-reaching implications”.

Karma, another cryptocurrency, issues digital money based upon people’s good deeds. IBM and Samsung have also entered the space, but with the idea of using blockchain technology to explore how to make a decentralised Internet of Things.

So while wearing a running shoe to earn Bitcoins might be a bit of a gimmick, the level of innovation, and the ensuing applications that emerge as a result, could be game changing.

Read Next: Why BitCoin is changing how banks do business

Read next: Netflix confirms pricing for Australia and New Zealand after its launch catalogue leaks