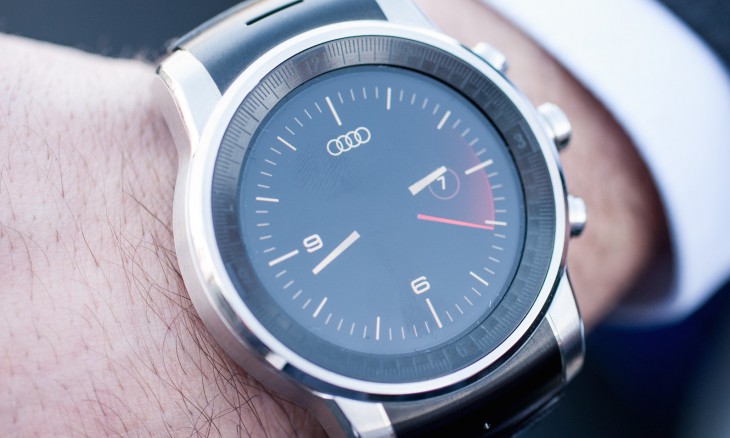 The watch was found on an Audi representative’s wrist at the event and it’s not only unique because it looks great, but because it’s running WebOS. The software certainly looks better suited to run on the device than something like Android Wear would.

There isn’t much known about the LG Watch — it doesn’t even have a name yet — but the device was built as a partnership between Audi and LG for use with the company’s car and even has a dialer to make phone calls from your wrist.

LG purchased WebOS off HP after the company failed to put it to real use. If the company does end up releasing this, it’ll be the most watch-like smartwatch on the market.

Read next: Hands on with Samsung's new Milk VR service