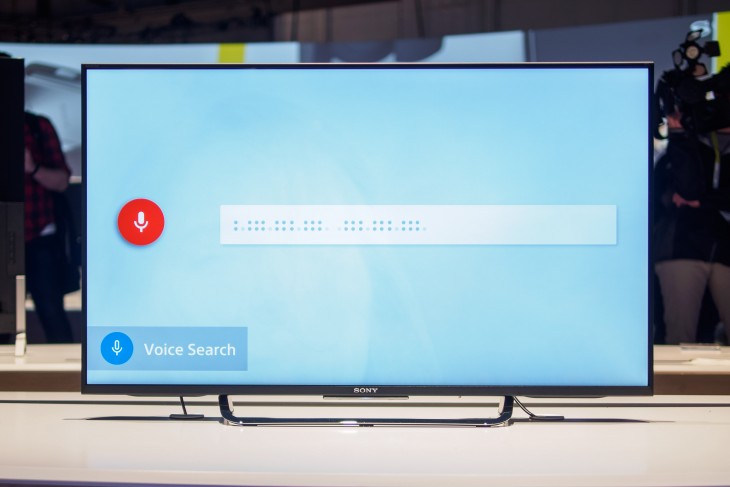 If there was one thing that stood out about Sony’s CES conference today – otherwise full of the expected iterative upgrades to established products – it was the announcement that every single one of its upcoming Bravia displays will feature Android TV integration.

We were able to try out the new displays, which came in a variety of sizes and types. And well, Android TV works as expected. You can easily browse through available titles and apps and have them displayed on your TV without the need for any display dongles or set top boxes – it’s all right there in the TV itself.

Trying out an Android game using the Google-sanctioned ASUS controller, we found that the game played smoothly with no hiccups or noticeable lag. The interface was overall responsive and intuitive. I wasn’t able to check out voice commands (there’s a voice button on the remote), but it would’ve been difficult to try given the ambient noise at the venue. I trust Google’s voice recognition, in any case.


According to a Sony representative, once you link your Android TV with your Google account, all the games you’ve downloaded onto your phone will automatically be synced with the television. In other words, there’s no need to reinstall the games you’ve already downloaded or purchased on your mobile device. Likewise, the TV set will link up with your PlayStation account to get all your Sony exclusive software.

As you’d expect from an Android TV device, the new displays are all Google Cast ready, so you can easily transmit and control video streams via your connected device – essentially a Chromecast integrated in your TV.


One interesting tidbit – Sony is also partnering with Netflix to bring you high dynamic range (HDR) video for upcoming content. Sony had one mini booth showing off the technology with a clip from The Amazing Spider-Man 2. It certainly looked better than the standard setting next to it, showing richer gradients and more details in the shadows; we’ll keep an eye on new content featuring the enhancement.

Of course, we already knew Sony was signing up as an Android TV partner, but had no idea how pervasive the partnership would be. Google’s been trying to get into the TV game for a while now, and while Chromecast has been successful, this is the first step towards making Andriod really be the main way you interact with your living room’s display instead of an occasional add-on.

It’ll be interesting to see how many other manufacturers follow suit; perhaps the next war of the operating systems will be fought in our living rooms.

Read next: The 6 coolest things at the CES Pepcom event that might even come out this year