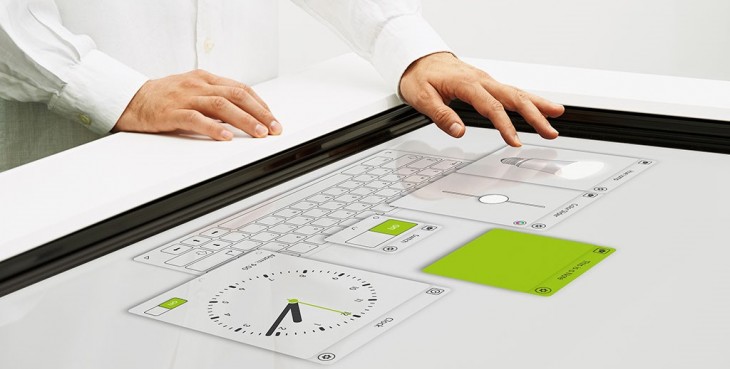 Dizmo, a successfully funded Kickstarter campaign that aims to turn any digital surface into an interactive work space, has officially launched today, opening the platform up to the public for the first time.

In a nutshell, Dizmo wants to draw together all the discrete Internet of Things and other digital devices and apps in your life to be manageable from one extended work space it’s called DizmoSpace. It’s not just a device or gadget management platform though, it’s a bit like a virtual pin board for anything you like – including working on documents, general Web browsing and anything else you do while connected to the internet.

“Dizmo breaks down traditional boundaries between device, operating systems, apps and software, transforming the way users work, play and live. It supports orchestration and collaboration in an unparalleled way enabling any data to instantaneously be accessed on any surface, anywhere and made interactive,” the company said in a statement.

In order to extend connection capabilities as widely as poissible, Dizmo has made the platform device and platform agnostic (it currently requires Mac OS X 10.7 or later, Windows 7 or later and Linux Debian) but unlike a lot of new platforms, it offers full support for control via touch surfances, gesture or voice activated devices, trackpads and the good old fashioned mouse and keyboard.

“As new digital-gizmos, or ‘dizmos’, are developed in the open community, more functions and data sources become available through Dizmo’s store. Once created, individual dizmos can be moved, rotated, resized, rescaled, overlaid, grouped, iconised, customised, shared live on other devices and with remote users.  Teams can also re-synchronise work done on projects they share.”

Oddly, despite trumpeting its multi-platform prowess, it’s not accessible from Android or iOS-based devices, which is a bit of a thorn in its side.

The idea of having a platform accessible from virtually any Internet-connected digital device with a screen is an appealing one. Never needing to have any of your devices with you to access your content and work space is the ultimate in convenience. And if we want to live in a future promised by things like Minority Report-style interaction or this Day Made of Glass video (below), then it’s easy to see how Dizmo could offer a promise of something similar.

But there’s a problem, and it’s a potentially huge one: all the services and devices that you want to control via your DizmoSpace will need custom-coded apps.

Sure, you can write them in a mix of technologies ( HTML5, CSS3 and Javascript), but you’ll still need bespoke apps – and as we’ve seen from the mobile space, that’s rather a chicken and egg situation. If the users aren’t there, there’s little incentive for developers to work on the platform, and if there are no apps to put Dizmo to use, consumers aren’t likely to jump in either.

What that means is that Dizmo and DizmoSpace are currently aimed pretty squarely at developers, which makes sense given the need for apps. What makes less sense initially is the $70 for a standard license simply to use Dizmo. In the spirit of its launch today, Dizmo will be giving away 100 free licenses to the first people to sign up after 9am PST. I just hope those first 100 really go to people who will build and develop the platform – they’ll be vital to its success.

Read next: T-Mobile won't be acquired by France's Iliad