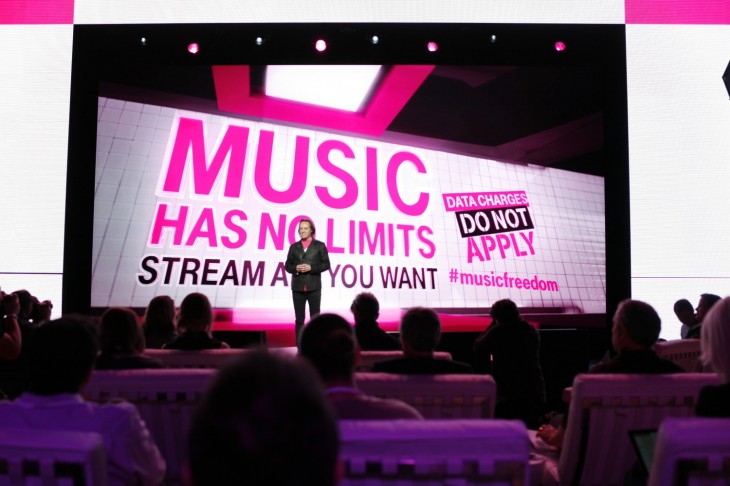 At T-Mobile’s Uncarrier event today, CEO John Legere announced that all of its customers would receive unlimited free music streaming from top services in the market. This includes Pandora, Rhapsody, iHeart Radio, Milk, iTunes Radio, Slacker and Spotify. Beatport is said to be coming soon, and users can vote at Music Freedom to choose which music services to add next.

The company also announced a music service of its own called unRadio, created in partnership with Rhapsody. For $4 a month, users can choose from over 20 million songs, with no ads and unlimited skipping and replays. The app will be made available “on all app stores”.

While T-Mobile offers unlimited data for all of its plans, low-tier plans were limited to 2G speeds after you hit your data cap; 500mb can run out quickly when streaming a lot of music. Now, all customers will be able to stream unlimited amounts of music from these services while on T-Mobile’s network.

See Also: T-Mobile announces ‘Test Drive’, a free service that lets you try the network on an iPhone 5s

Read next: Dropbox is blocked again in China, both apps and web-based service appear affected