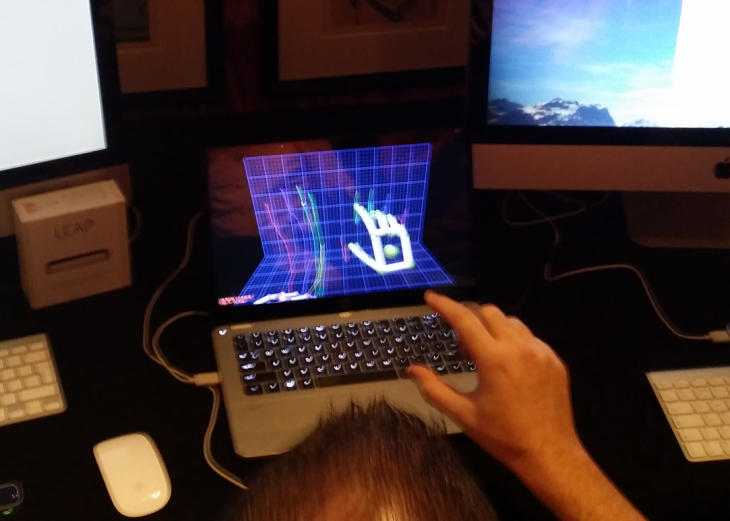 Leap Motion’s 3D gesture control has taken a big step forward today after the company made the second-generation version of its software available in public beta for developers.

Currently, the Leap Motion software can only track all five fingers, but Version 2 is able to track “the actual joints and bones inside each of the user’s fingers.” This means that it can detect fingers the sensors can’t see, allowing you to do things like fold your hands. The new tracking has been in the works for over a year, but today’s release is only the first of “several major updates” the company will be pushing ahead of its consumer release.

Leap Motion CEO Michael Buckwald said in the blog post announcing the availability of V2 that it makes it much easier for developers to build apps that are consistent. We spoke to Buckwald recently, who told us that currently each developer adapts a different way of abstracting the hand on screen, such as implementing cursors or fireballs, but being able to track the entire hand will make it easier for developers to “bring the hand into the app.”

V2 is a free software update, so no new hardware is required.

So far, Leap Motion gesture control has only been applied on PCs, with the first tablets and smartphones to use its technology still scheduled to arrive by the end of this year. Buckwald also previously told us that the company is keen to incorporate its technology in cars.

With V2 of the software now in public beta, it seems like Leap Motion could be inching closer to that.