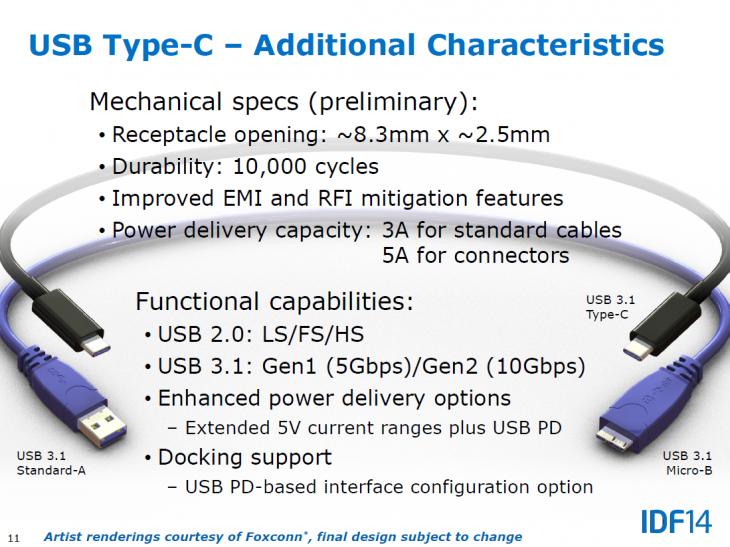 Although micro USB is growing in popularity, it will soon be succeeded with a new cable architecture called USB Type-C. It’s smaller than micro USB and it’s also reversible, so you won’t have to worry about its orientation when jamming it into your devices.

Details of the new connector were released last December, but slides from a presentation at the IDF conference in China have revealed what it could actually look like. The renderings were produced by Foxconn and in the slides, it makes clear that the design could still be altered before it hits the market.

It does provide a crucial look at what we can expect from USB Type-C though. The opening is just 8.3mm wide and 2.5mm tall, with a similar design to Apple’s Lightning cable. In line with USB 3.1, Golem.de reports that it’ll support tranfers of up to 10Gbps, roughly twice the common speeds found in USB 3.0.

According to the USB 3.0 Promoter Group, the design should be finalized by the middle of 2014.