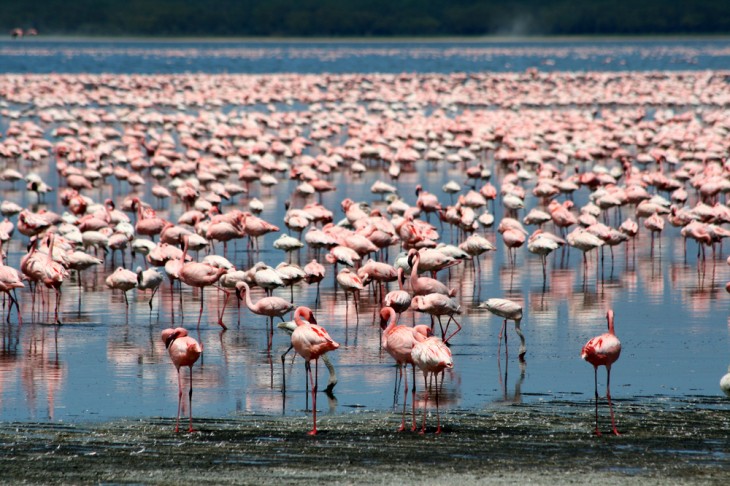 Google Hangouts is one of the best chat services around, but its lack of a native desktop client irks many users.

Unless you install the Hangouts extension and let Chrome run in the background all the time, you’ll likely miss out on chats regularly, a problem for many users. That’s where Flamingo for Mac comes in.

Flamingo is a third-party Google Hangouts and Facebook chat client that integrates beautifully with OS X and works as you would expect an official client to. It’s everything Google Hangouts should be, but isn’t.

Flamingo is simple, but extremely functional. It works with multiple Gmail addresses at the same time, so you’re able to be signed in to more than one account at once, unlike the official Google Hangouts extension.

Over time, the app keeps track of your conversations with friends and makes them available for searching quickly to find something you talked about previously, while rich media that has been shared are shown prominently.

The best part about Flamingo is its unique ability to quickly send files to friends using other cloud hosting services. You can use the direct connection to one another, or opt to use CloudApp or Droplr to deliver any files pasted into the window.

When not being used, Flamingo disappears into the background and hides in the tray as you would expect (which is far less annoying than Google’s official client that hides at the lower right area of the screen).

There is a drawback though — Google hasn’t opened the Hangouts API to let third-party developers open video hangouts, so Flamingo isn’t able to initiate or receive calls just yet. The developer is hopeful that the company will eventually allow non-official apps to initiate calls but Google is yet to budge in that area.

Despite this, Flamingo still comes in very useful, simply for the ability to be logged into multiple Google accounts in the background at the same time without the need for Chrome. It’s surprising Google still hasn’t built a better Hangouts client, but Flamingo’s done it for them.

Flamingo is available for $9.99 in the Mac App Store right now and while the price may be hard to swallow for many, I believe that it’s well worth the money — despite the current lack of video calling — to get a real desktop chat client.

Read next: Companisto extends its equity crowdfunding platform to the whole of Europe