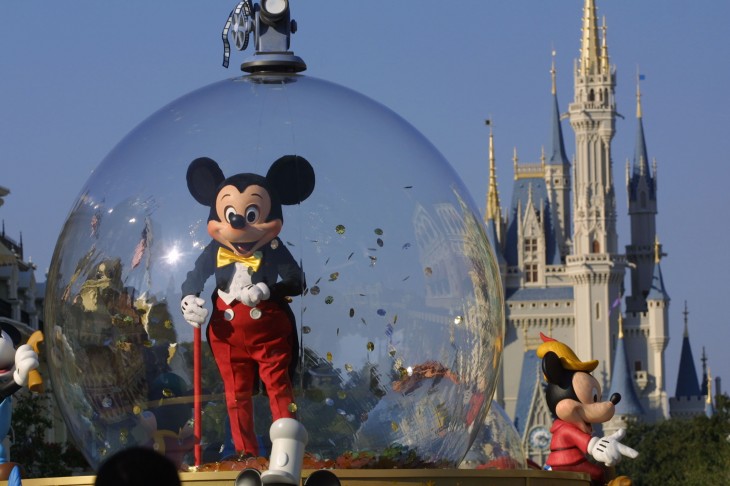 The Walt Disney Company is launching an accelerator program to help ten lucky startups succeed and give the media giant more insights into innovation and creativity. The Disney Accelerator will be run in collaboration with Techstars and will invest $120,000 in each early-stage startup.

Applications are now being accepted through April 16, 2014 for the inaugural program beginning June 30.

Kevin Mayer, Disney’s executive vice president for corporate strategy and business development, says the Disney Accelerator “offers a unique collaboration between some of the best creative minds in the entertainment industry and the modern-day visionaries who are starting businesses on the strength of exciting new ideas.”

Teams will be mentored by executives not only from Disney, but also from their subsidiary companies, including Pixar, Marvel, Lucasfilm, ESPN, and Walt Disney Imagineering. As an added treat, participants may also receive advice from Disney’s Chairman and CEO Robert Iger. Throughout the three month program, startups will be meeting with entertainment industry leaders, venture capitalists, and also fellow entrepreneurs participating in Techstar’s network.

Mayer says he expects to receive quite a few applications from companies involved in either ad tech, application ideas and technology, like HTML5, mobile, new business models, or even monetization techniques. Participants will be selected based on the concept and whether the idea matches up with something Disney can readily identify with.

This is the first accelerator program that Disney has done and it has asked Techstars for help. Mayer says that while establishing this type of initiative looked easy, the company didn’t want to follow through on a “half-baked” idea. It’s using a similar program that Techstars has done with other companies like Microsoft, Nike, Barclays, and Kaplan. It will be a joint partnership, meaning both Disney and Techstars will be equal investment partners. Techstars will also appoint someone to help run the accelerator full-time under the supervision of Michael Abrams, Disney’s senior vice president of innovation.

The Disney Accelerator will bring on board 10 startups to help jumpstart their business. Each one will receive $20,000 initially and an additional $100,000 in convertible debt. In return, Disney and Techstars will receive 6 percent equity (3 percent each) in the startup.

As mentioned earlier, Disney will kick off its accelerator program on June 30 in Los Angeles. However, it’s not the only media-focused program in town. It will also have to contend with Warner Bros. Media Camp, now in its second year. But Mayer isn’t deterred — he tells us that Disney shouldn’t have any problems driving a huge amount of interest in its accelerator as startups may want to take advantage of the Walt Disney Company’s huge library of intellectual property.

Part of Mayer’s role is to help with mergers and acquisitions. So the Disney Accelerator is also ripe with opportunities to make longer-term investments in some of these startups, which he readily admits. However, the main determining factor of success for Disney is whether or not the senior executives mentoring companies walk away energized and with insights about how to better run their own respective business units. In Mayer’s view: “that’s good enough.”

Read next: PayPal-owned StackMob to shut down on May 11 so team can focus on mobile payment technology