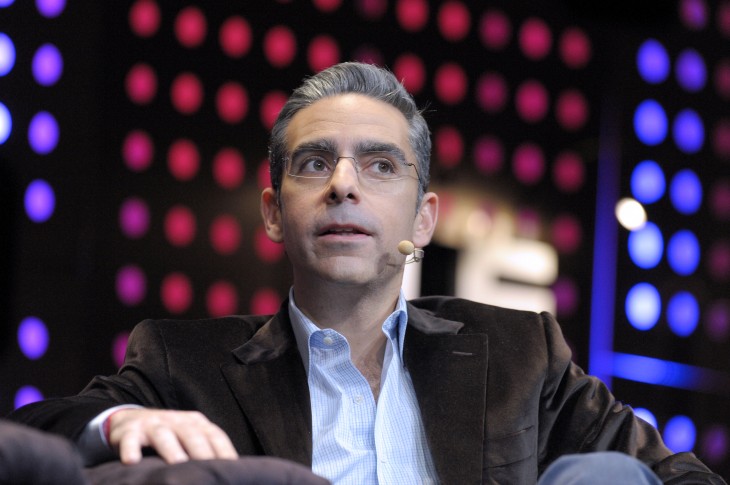 At the monthly ReadWrite Mix event, Marcus talked at length about how PayPal has been working to become the world’s payment operating system. There’s no question that PayPal has seen some significant progress since its founding 16 years ago. PayPal president David Marcus shared some insights into the payment processing company’s future and some thoughts about how he has taken certain actions to restructure the organization, seeking to fend off competitors and make full use of the growing ecosystem

At the beginning of the talk, Thomas asked Marcus about his history — the PayPal head was originally the founder payment company Zong, which was acquired by PayPal in 2011. He says that during his pre-president tenure, he was working to help expand PayPal globally. He was then approached by eBay Inc’s CEO John Donahoe to take over the company lead from Scott Thompson.

He spoke about the challenges of scaling a payments company — in particular mustering the resources and time to meet varying regulatory standards that differ across the world — and says that it is a much tougher ride than other Internet consumer businesses. In addition, the company experiences difficulties in managing its ecosystem, whether in fraud causes, dealing with shipping mismanagement, and other business issues. Marcus says PayPal gave him an opportunity to build something “meaningful” for the world that he and his team could leave as a legacy to the world.

Today, PayPal faces competitors including the likes of Square, Stripe, Dwolla, and others in the payment space. Marcus says that his company “sucked so badly” at some things that opened up an opportunity for startups to launch and take over. However, he says that things will be changing, and among them are two key issues: mobile and developer relations. Marcus says he isn’t worried about competition as he believes it will benefit customers in the end.

One of Marcus’s decisions has involved helping PayPal be more efficient. He believes that by moving quickly, “no one will be able to catch you.” Under his leadership, the company has streamlined some departments to help things be delivered faster. The end result? Marcus says that PayPal is shipping better products, including its most recent checkout process.

But while Marcus trumpets how he’s helping to re-engineer the payment processing company, it should be said that there’s a bit of work ahead of PayPal. It has a big battle ahead of it to win the hearts of developers and more merchants. Its recent Beacon product has yet to be fully vetted by the public.

Nevertheless, Marcus seems confident in his strategy, going as far to say his point of view in guiding PayPal is:

On the subject of mobile, Marcus believes that it will be “everything”: you’ll eventually authenticate high-risk everything on your smartphone or tablet. He thinks that over time, you’ll complete transactions through the use of biometrics. Eventually, Marcus said that wallets will be a thing of the past and that all processing will be done on the mobile. PayPal is looking forward to mobile, especially with the Braintree acquisition that was made in 2013. It wants to make all the companies that are disrupting their various industries have pleasant payment processing experiences.

Last month, millions of customers saw their financial security compromised at Target and Neiman Marcus. When asked whether this disaster would have happened if a PayPal-enabled transaction was made, Marcus said “no”. He says that his company doesn’t share a consumer’s personal information with a merchant … “ever”.

On the subject of Bitcoins, PayPal is taking a “wait and see” approach to see whether it will begin accepting it. Marcus says that since the company is in over 90 countries, it’s going to need to better understand how it’s being regulated in various countries. Therefore, it can’t make a universal decision without understanding its impact. The response is similar to past interviews Marcus has given expressing his fascination with the technology along with the uncertainty about whether it would be supported by his company.

In short, Marcus’s statement about customer support might shed some light on how he intends to steer PayPal: “It’s not enough about getting your customers to like you, they need to love you.” He says he understands that people get emotional about money — he wants PayPal to help make sure it’s the right one.