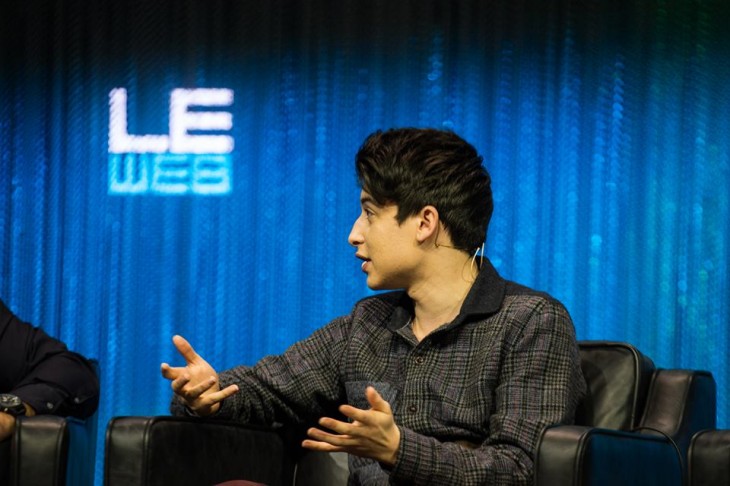 It should come as no surprise that Summly founder, teen millionaire, and startup darling Nick D’Aloisio loves Snapchat. Aside from falling into Snapchat’s bracket of primary audience, he believes the impermanence of disappearing messages truly represents today’s needs for a social network.

To D’Aloisio, the natural human behavior isn’t to journal everything. Rather, it’s the instinct to forget.

“When we talk to each other, we forget,” he told the audience today at the LeWeb Paris Conference. When you have a conversation with someone, most people forget the majority of the context days – if not seconds – after the fact.

“If I’m sending a text message to my friend that’s in the moment that I don’t necessarily want someone to read back to me in five years,” D’Aloisio said. “Snapchat is more natural as a private interaction.”

A likely thing for D’Aloisio to say, given the early days of Summly. Back when the summarization app was known as Trimit, the 15-year-old developer made headlines by poorly pitching his product to several tech blogs, only to have the entire experience forever documented on the Internet.

Now that he’s 18 and employed full time by Yahoo after the company acquired Summly this past March, D’Aloisio says the past few years have been a huge learning experience in developing a business. Having angel investors provide mentorship was crucial in moments when things went bad. “You need people to keep an eye on you,” he said.

D’Aloisio is a huge proponent of startup education, and believes entrepreneurship begins in the classroom. And not necessarily via IT classes, but rather the awareness that building your own company is possible.

“Learning coding can be helpful but the most important thing is to have the determination and drive,” he said. “Economically, if an entrepreneur is successful, it attracts people to the [company and country].”

As the 10th anniversary of the conference, LeWeb 2013’s theme is “The Next 10 Years.” For D’Aloisio, he aims to keep learning and hope to take another shot at building a second company.

“I am obsessed with knowledge and information,” he says. “[I don’t regret selling the company] at all because I’ve learned so much.”