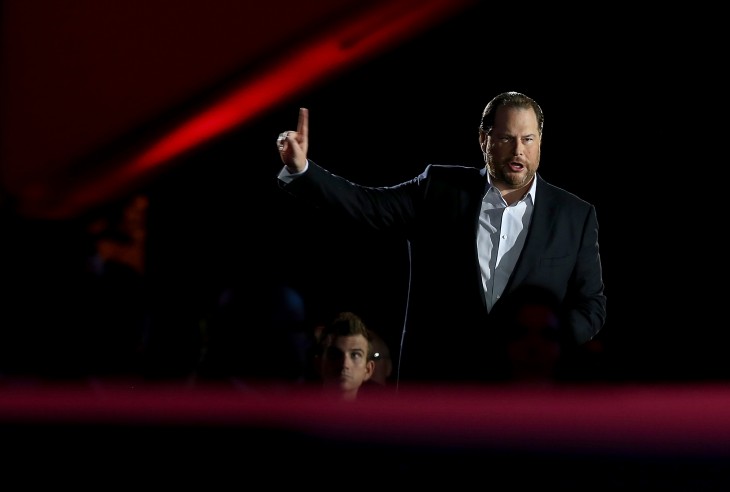 Salesforce is doing a bit of damage control following its developer hackathon held at its Dreamforce conference in November. In light of the controversy surrounding the winner of the $1 million grand prize, the cloud computing enterprise company announced that it will be awarding $1 million to each of the top two teams.

In its first hackathon, Salesforce hoped that developers would come eager to claim the top prize of $1 million. Each app was to be judged based on innovation, business value, user experience, and its integration with the Salesforce platform, or rather Salesforce1. However, when the winning team, Upshot, was named, there were some who questioned whether the team was eligible at all.

Salesforce’s Vice President of Developer Relations at Heroku Adam Seligman says that following an internal review, Upshot had met the eligibility requirements and that the app that was created “adhered too the rules of the hackathon.” However, he admits that the explanation of said rules just wasn’t clear enough for the final round of judges.

One of the big issues cited was the fact that a member of team Upshot was a former employee at Salesforce. However, this same criticism fell on the second-place finisher as well — turns out that Healthcare.love was made up of members from a company Salesforce owns “a small equity stake” in. In the end, everyone was deemed eligible to participate.

In the continuing hackathon post-mortem, Seligman acknowledges that the Salesforce event didn’t include live demos in the finals: “This was a mistake.” This oversight stole experience away from the competing teams and many walked away not knowing why they failed to advance in the competition. What’s more, Salesforce kept all judging private, which meant no teams were able to see what others submitted.

To help make amends for its faux pas, Seligman states that all teams are invited to participate in Salesforce’s AppExchange Accelerate program for an opportunity to receive funding and get their apps to market.