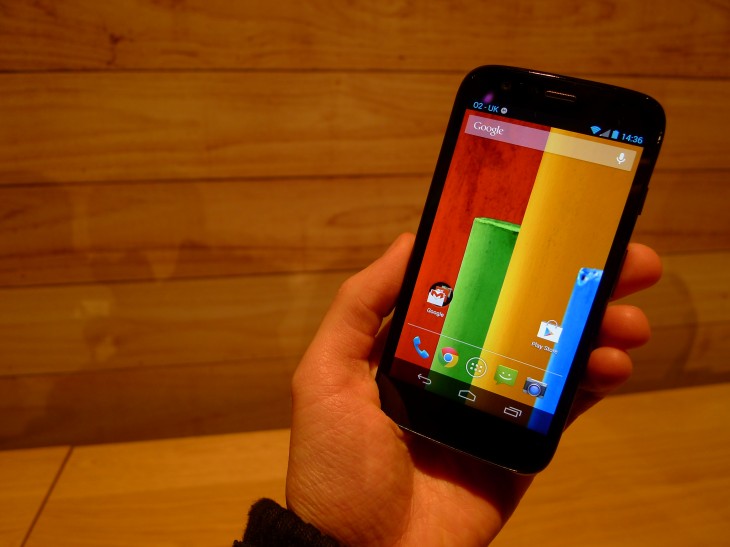 Motorola today announced the GSM version of the Moto G is now available for purchase in the US on Motorola.com, and will start shipping on December 2. The device comes with no contract, no SIM lock, and an unlockable bootloader for $179 with 8GB of storage or $199 for 16GB of storage.

In the US, the GSM version is already on sale through carriers, and the CMDA version will arrive in January. The device Moto G is also already on sale in Brazil, Mexico, Chile, Argentina, Peru, the UK, Germany, France, and Canada. Motorola promises it is “coming soon” to other countries in Latin America, Europe, and Asia, making it available in more than 30 countries with 60 partners by early 2014.