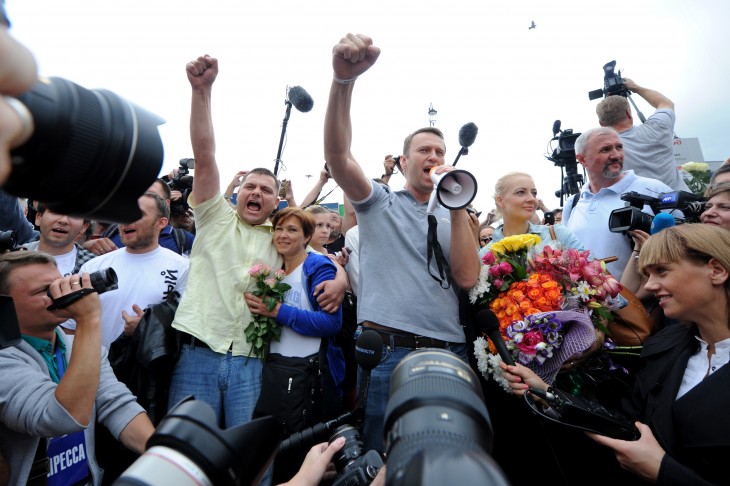 Addvocate is rolling out a redesigned web app this week along with making some in-roads into the enterprise space. The company recently signed a deal with ExactTarget and is now integrated with Salesforce Chatter through the CRM company’s launch of its Salesforce1 platform.

Marcus Nelson, Addvocate’s CEO, tells us that the redesigned was spurred as a means to make the platform more user friendly and informative. Among the many changes that have been made include a refreshed dashboard to help employees figure out which department has action items, improved analytics, consistent brand messaging, enhanced profiles, a company directory, moderation, and more. 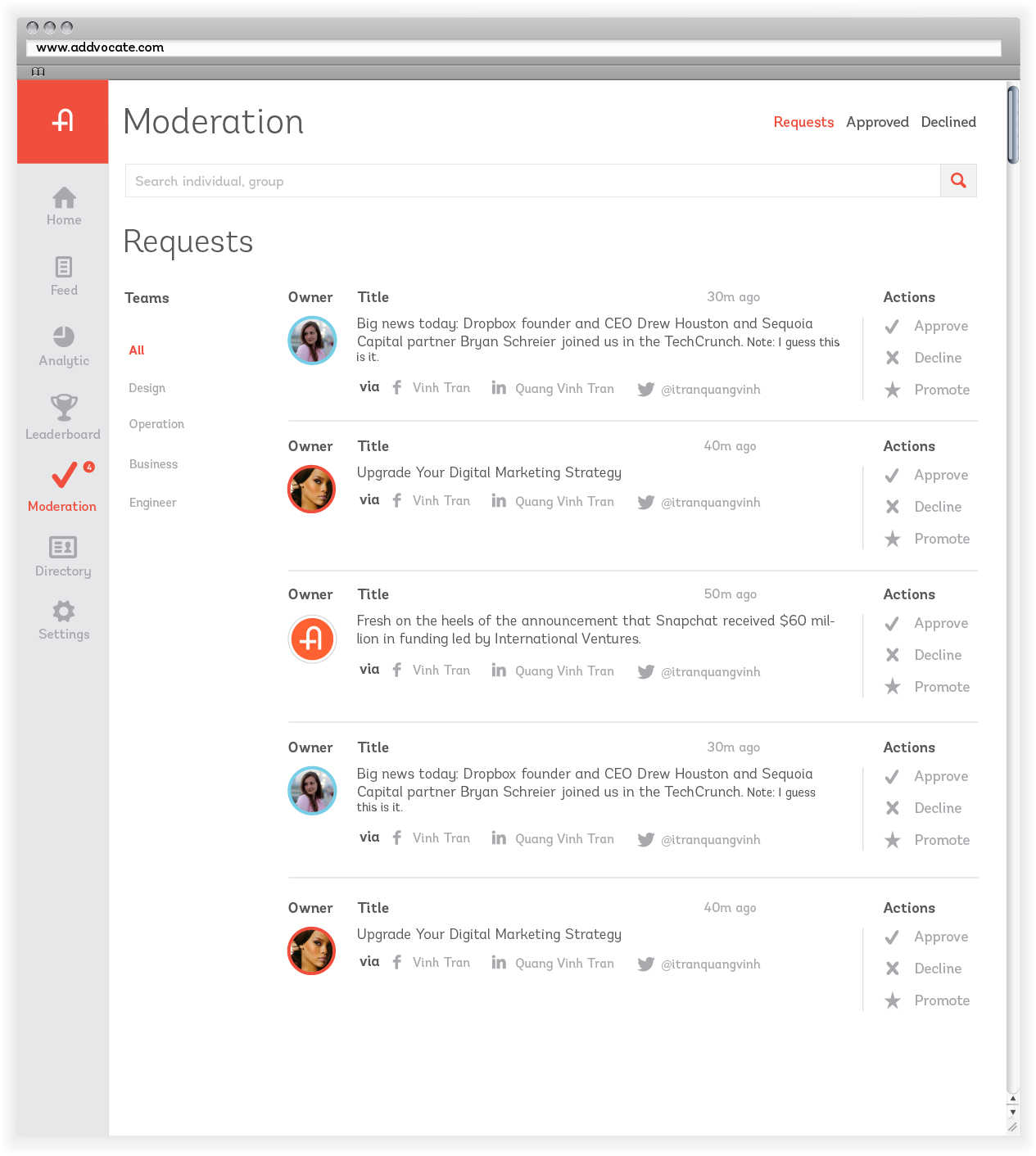 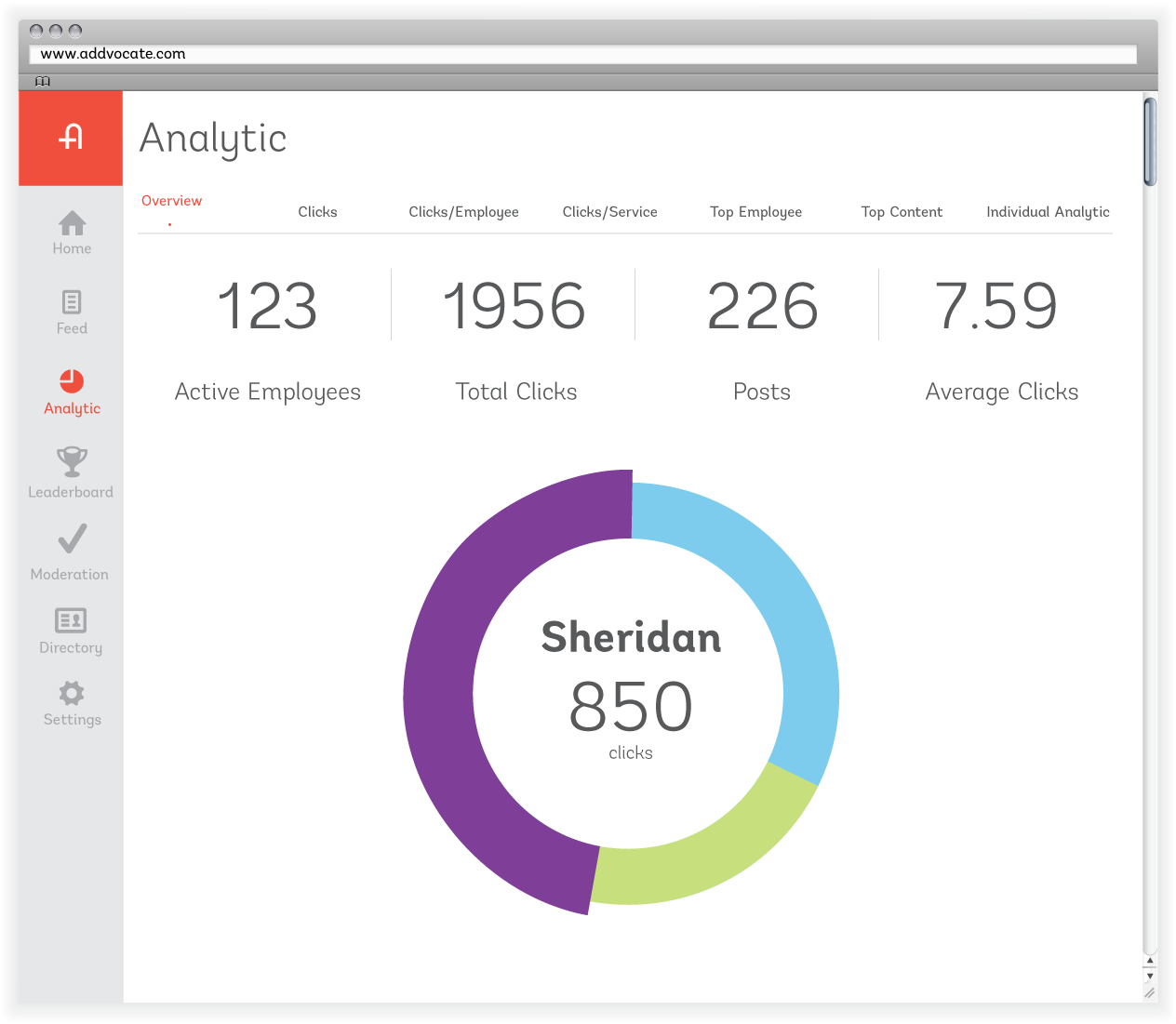 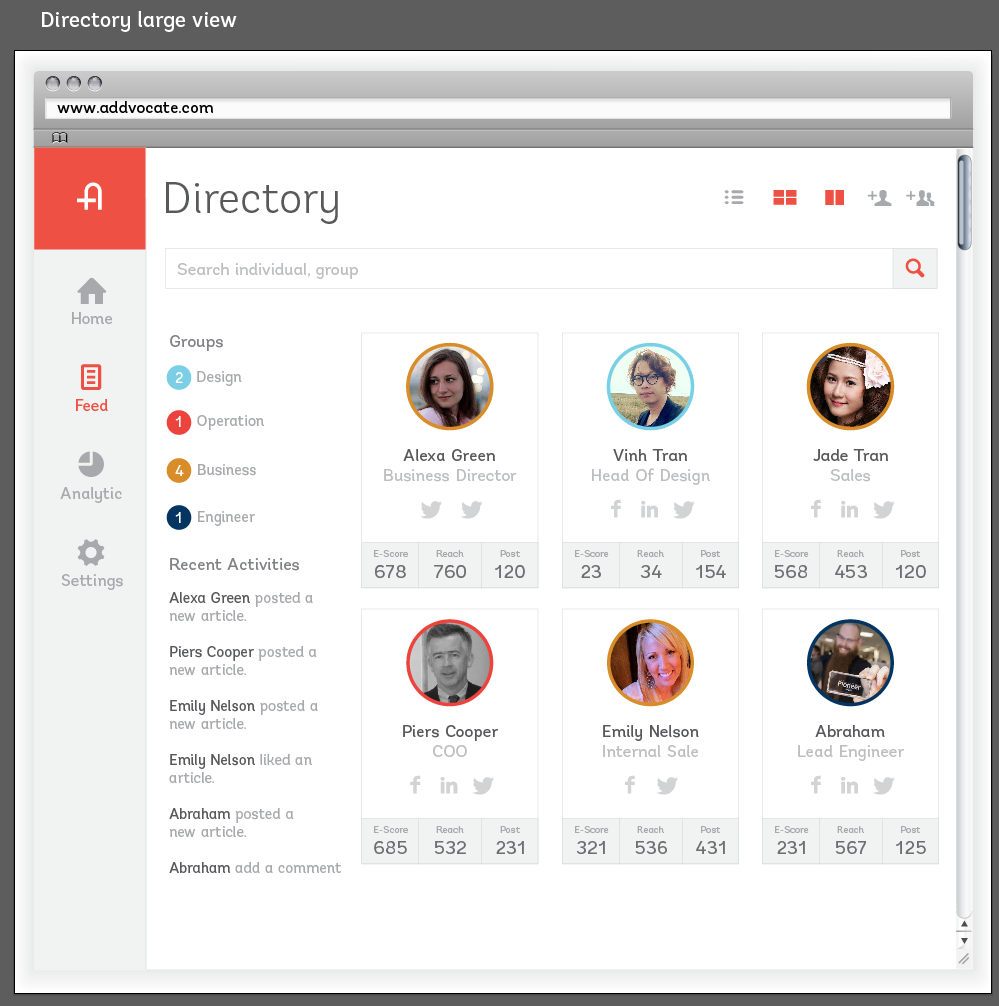 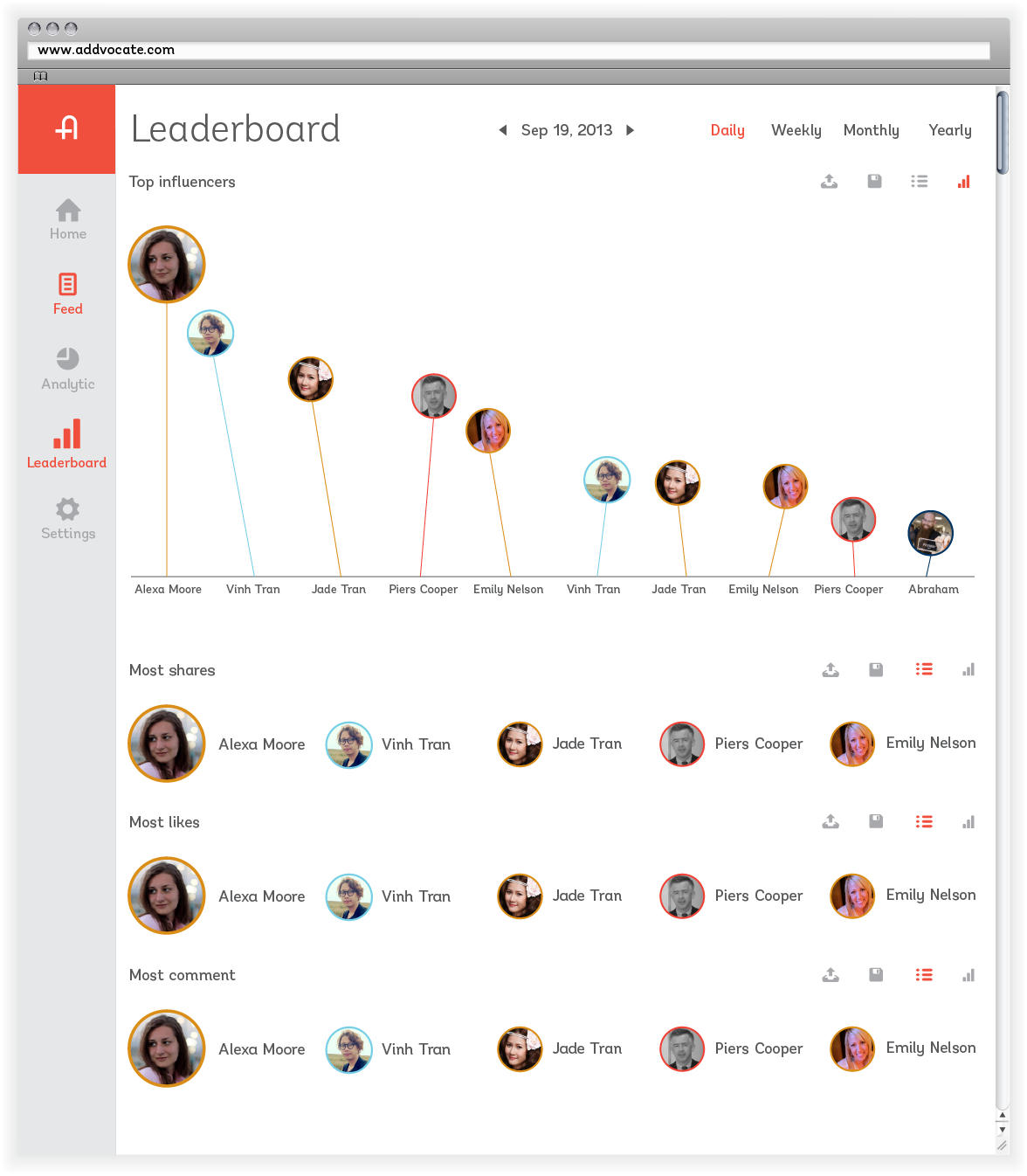 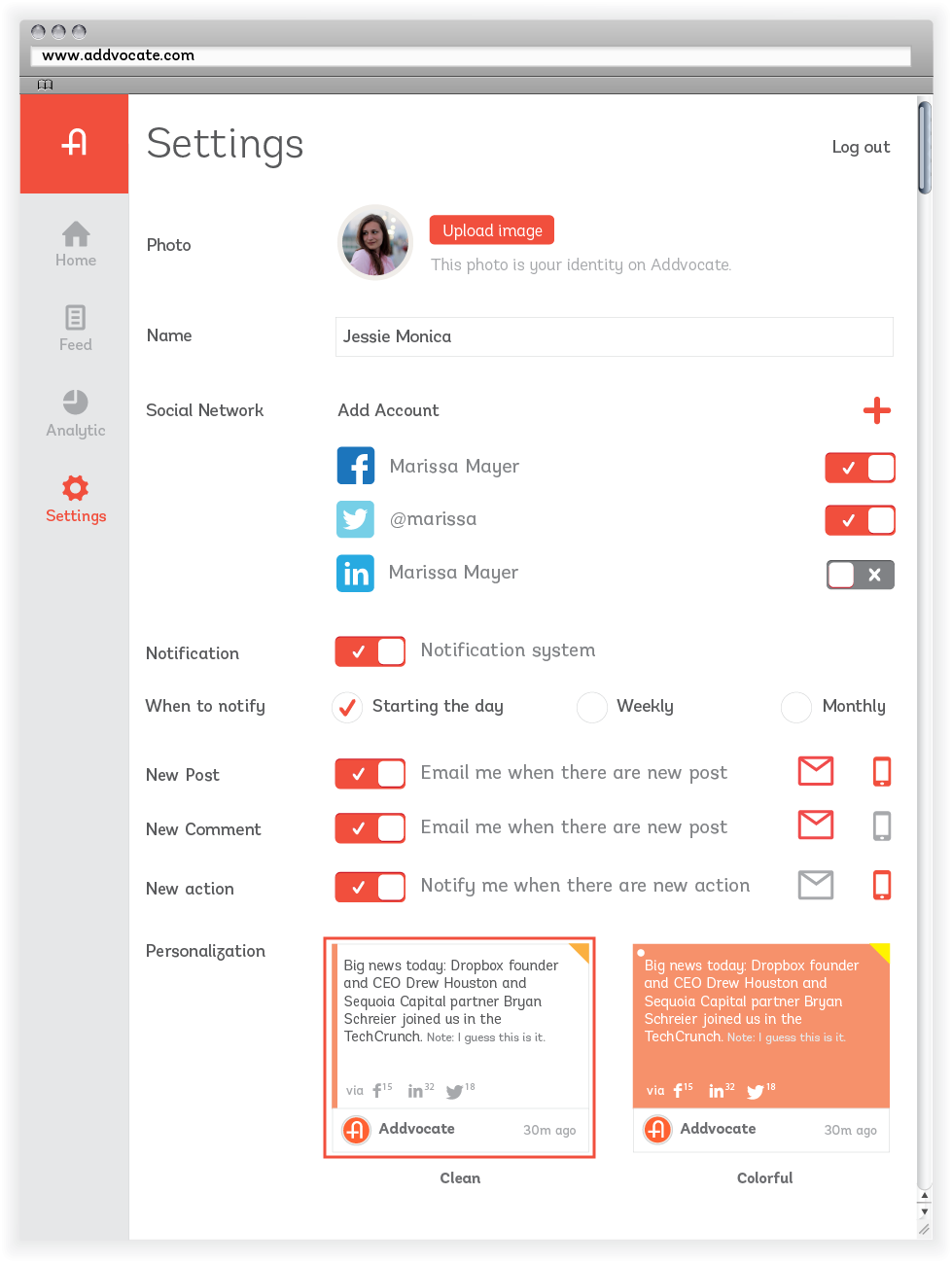 The company’s iOS application, which is pending review by Apple and Addvocate’s first mobile app, will also carry the same look and feel to match the website redesign, naturally.

All of the updates have been done to highlight the “human element” when it comes to advocacy and reflects Nelson’s vision as he spelled out in his manifesto “The Next Social Imperative” where the argument was made to shift focus back on the human side of things instead of the tactics.

The update also consolidates the various steps needed to access and manage content. Before, users who received links to share to their social networks had to open up a new browser tab or window in order to read the content. Now it’s been streamlined so that it opens up in the app itself without any advertisements or banners shown.

While the design is certainly appealing, some of the updates is an indication of Addvocate’s continued signs of maturity — it previously didn’t have a settings screen so now it’s been added with support for multiple accounts. In addition, a profile page actually displays information about the individual rather than an analytical score about them.

Aside from the refresh, Addvocate is now integrated with Salesforce Chatter so that users of the enterprise social network can access the advocacy service on its platform. Developers can also integrate Addvocate into their Salesforce app through the Salesforce1 platform.

It’s been nearly six months since Addvocate launched as platform to promote employee advocacy and coordination. In that time, it has locked in its pricing structure (after an interesting “pay what you want” model) and raised a $2 million Series A fund. It is also growing in adoption as well, with more than 600 global companies using it, including ExactTarget, Vertical Response, and BazaarVoice.