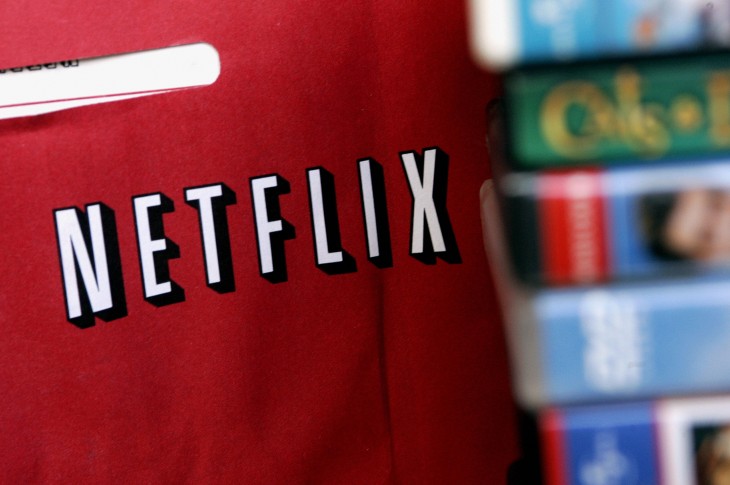 Netflix is bringing a significant front-end change to its interface today to create a consistent experience across all TVs like you have on game consoles, set top boxes, and Blu-ray players. The goal of this refresh is to bring the same level of enjoyment to par across all devices. This new cinematic experience rolls out today and will be available globally within the next two weeks.

For many years, the world of television has been about sitting back and watching what’s on the digital screen. Netflix thinks that there should be a way to change this perception and make it more engaging. Chris Jaffe, its Vice President of Product, tells us that the company’s goal is set on advancing “the state of on-demand television”.

Today’s new design was developed specifically for the big screen in your living room, bedroom, family room, or anywhere else you have a TV. Instead of having disparity of its interface among various devices (Roku, Boxee, Blu-ray players, etc.), Netflix decided to rethink everything so that the same experience would be seen on every device.

Jaffe tells us that the whole experience has been rebuilt to accommodate a “left, right, up, down” control system. What’s more, imagery throughout the entire service has been fully exploited to make you more involved in deciding what you want to watch.

One of the first things you will notice is that on Netflix’s home screen, the top half of the screen is your featured area. By default, it will pan through a series of shows and movies that are recommended for you based on past viewing history. The images displayed are either provided from the studio or a still clip from the movie or show.

Another new feature is the display of “notes” underneath the show’s description. These are hand-curated by Netflix’s team and a personalized selection is displayed for each user based on Netflix’s algorithm. For example, in the above image, the fact that House of Cards was the winner of three Emmys probably wouldn’t show up for everyone, but Netflix determined that it would appeal to this particular user.

In the bottom half of the screen, up to two rows of categories are displayed at a time. The thumbnails of the movies and shows are also no longer displayed in a portrait manner — they’re more landscape oriented. Instead of 10 thumbnails in a row, Netflix has added more choices, although no specific number was provided.

The home screen isn’t the only thing to receive an update. Netflix has also redesigned the show-specific screens so that it features a still clip of the particular episode and a synopsis. Overall, the company hasn’t added much more information to this page, but more emphasis has been placed on the imagery.

Searching has also been improved in a way that instead of showing you small thumbnails of a particular show, the new Netflix displays enlarged imagery in a 3-by-4 table. t is also more predictive now to better understand your query and show you more relevant results.

And yes, social integration is also included with the refresh.

Lastly, Netflix subscribers will now begin to see the service’s kids section coming to more devices such as smart TVs, Blu-ray players, and Roku. It has also undergone a refresh whereby it has a distinct color scheme to leave no doubt you’re looking at children shows.

Creating an experience that works across most devices certainly isn’t easy and requires a bit of creative programming. Jaffe tells us that Netflix needed to utilize a new technology stack because not every device can emit the same amount of power. As a result, it created something almost akin to a new standard. This new effort has been adopted by several of its partners. The work involved creating a whole new platform with Netflix’s own native code.

Netflix’s Chief Product Officer Neil Hunt said that the new platform will allow the company to “innovate even faster and continuously improve the Internet television experience for our members across multiple devices.”

While a new interface isn’t necessarily something you would give two thoughts about, it’s not something to shake a stick at. Netflix is moving in the direction of adding original series to its portfolio, and finding ways to keep viewers committed to the service is important to the company. It’s said that Netflix has more subscribers than HBO and it’s certainly making a name for itself as a major player of the online TV and movie space.

Netflix said that its members watched more than 5 billion hours of shows in the third quarter this fiscal year  — a majority of it was on TVs. Today’s update surely aims to increase that amount.

However, that’s not to say that it doesn’t have to worry about competition from the likes of Hulu, Amazon, and cable providers, all of whom are introducing original series and looking to enhance their social TV capabilities.

The new interface is designed to work with most devices connected to the television, with the exception of Apple TV. As that experience is defined by Apple, Netflix isn’t able to push the revamped service to those users. The overhaul won’t be available on mobile devices too. Through its rolling release, Roku 3 device owners will see the update starting today, while Roku 2 devices won’t receive it until later on.

It’s important to note that users don’t need to do anything to see this change. We’ve been told that it will be done behind-the-scenes.

Read next: Hulu reportedly wants its subscription service available on pay-TV as it competes with Netflix