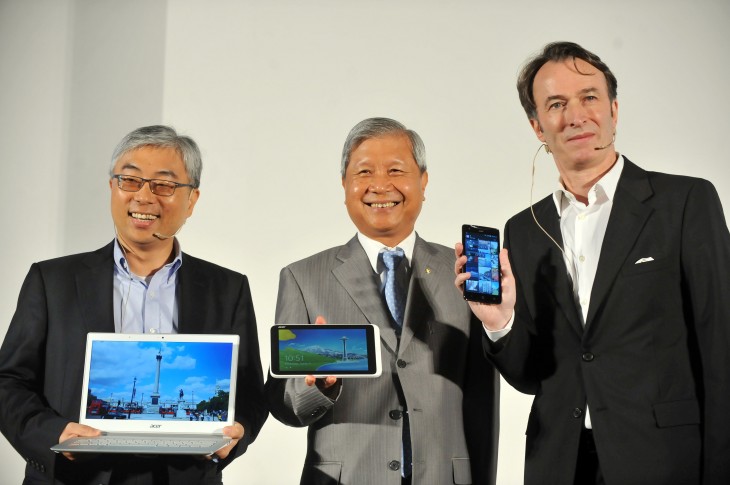 Acer CEO and Chairman J.T. Wang (pictured center) announced his resignation today. The firm’s current president, Jim Wong (pictured left), will take up the position of CEO on January 1, 2014. J.T. Wang will then step down as Chairman once his tenure ends in June.

In this year’s third quarter financial results, Acer reported revenue of $92.15 billion NT (or $3.13 billion USD), up 3.1 percent from the previous quarter but down 11.8 percent year-over-year. “Acer encountered many complicated and harsh challenges in the past few years,” J.T. Wang said. “With the consecutive poor financial results, it is time for me to hand over the responsibility to a new leadership team to path the way for a new era.”

Acer will now undergo significant restructuring, which will include laying off 7 percent of its workforce and cancelling some of the products it currently has in development. The company says this shift will cost $150 million USD, which it will report in its financial results for the fourth quarter of 2013.