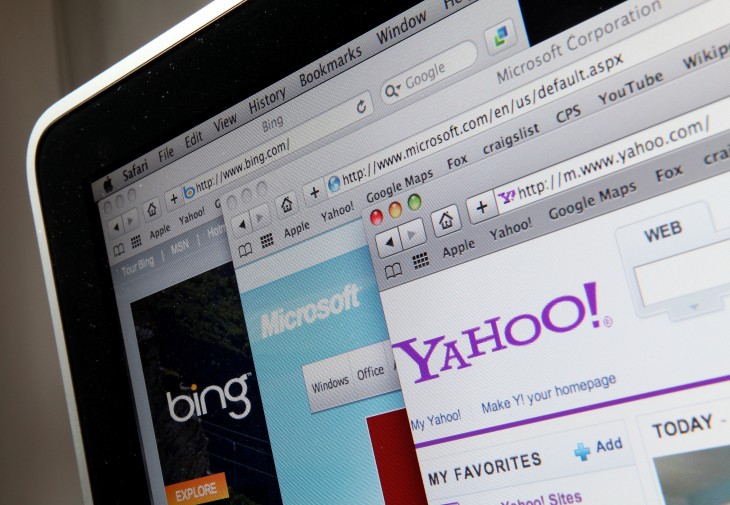 Yahoo has been ordered by a judge to cease delaying integration of Microsoft’s Bing search engine into its products in Hong Kong and Taiwan. As reported by Reuters, the instruction came from US District Judge Robert Patterson Jr. who said that the Sunnyvale-based company must adhere to an arbitrator’s decision that ruled in favor of Microsoft.

It was believed that following Microsoft CEO Steve Ballmer’s retirement announcement, Yahoo had some reservations about the deal, which came from Marissa Mayer. In February, she said that the 10-year partnership was underperforming and that it wasn’t generating the necessary revenue or delivering the market share everyone had hoped:

One of the points of the alliance is that we collectively want to grow share rather than just trading share with each other.

This perhaps helped lead Yahoo to sign a “global, non-exclusive contextual advertising deal” with Google that month. However, amid all of this, Mayer’s company still followed through on the deal with Microsoft, well except until the end. Under the terms, Yahoo was supposed to transfer its search advertising platform over to Microsoft in its 16 global markets. At issue with today’s court ruling are the last two: Hong Kong and Taiwan.

Reuters obtained a court filing that stated Yahoo Senior Vice President of Search Products Laurie Mann expressed concerns about Ballmer’s potential successor. At question was whether the new Microsoft CEO would have the same “commitment” towards search. Judge Patterson ruled against Yahoo, saying that the company was in breach that “established irreparable harm to Microsoft.”

Whatever is Yahoo’s concern about whether the deal is good for it or not, it’s finished now. Microsoft was expected to have its Bing search ad platform fully integrated by this month. Yahoo tried to slow it down by saying it wouldn’t be completely done until early 2014. Thanks to a judge, Microsoft could see things picking up soon.

Read next: How to skip the waiting list and begin using BBM on iOS and Android now.