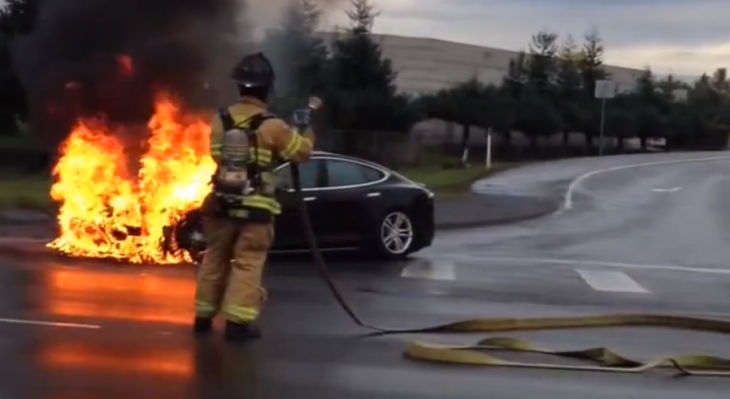 Tesla founder Elon Musk has posted a detailed explanation about the Model S accident that set the vehicle on fire earlier this week.

Tesla’s stock experienced high volatility after a video of the incident was uploaded to YouTube. In August, Tesla had trumpeted its car as having the highest safety rating ever, noting at the time that no production Tesla vehicle had experienced a fire.

Unfortunately, the company won’t be able to use that line anymore, but Musk has spoken out in hopes of setting the record straight about what happened.

Tesla maintains that the vehicle in question struck a large piece of metal that popped under the car and punctured its armor. Due to the impact, one of the battery’s 16 fire walled sections ignited. When firefighters arrived, they punctured the firewall in order to gain access to the fire, causing the fire to vent upward.

Musk noted that the fire at no point reached the passenger compartment. He also asserted that Tesla still has a lower incidence of vehicle fires than the average. This is the first fire reported for over the 100 million miles driven by Tesla owners, while the Department of Transportation reports an average of one fire per 20 million miles driven. Musk also highlighted the fact that Tesla’s electric vehicles have lower combustion potential than those of gas cars:

For consumers concerned about fire risk, there should be absolutely zero doubt that it is safer to power a car with a battery than a large tank of highly flammable liquid.

For those interested, Tesla has also reproduced its email conversation with the owner of the now-toasty Model S.

Read next: Samsung Galaxy Note 3 review: One of the best Android handsets money can buy, if you can hold it