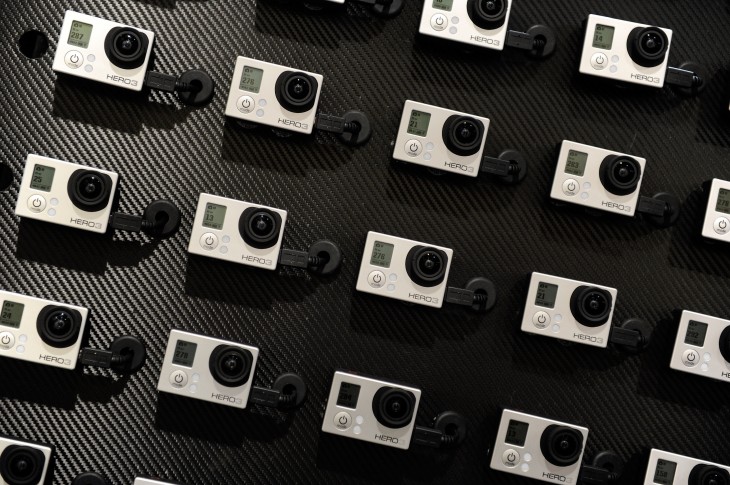 You might not be familiar with Nicholas Woodman, but you surely know the company he founded: GoPro. At TechCrunch Disrupt in San Francisco, the billionaire founder spoke about his product’s success and how it doesn’t need to go public — but it’s nice to have that option.

GoPro was the second startup that Woodman created following a disastrous falling out with his first company in which he lost $4 million of his investors’ money. He decided to escape from it all and embarked on a five-month surfing journey through Australia and Indonesia. It was during this trip that Woodman came up with the idea of having a camera strapped to a surfer’s wrist to capture the adventure. Instead of a welcome respite, it quickly became more of a research and development mission.

Woodman said that the company has predominantly been a bootstrapped one. It began with $265,000 borrowed from friends and family and has gone on to become a billion dollar venture. He bucked traditional business practices by building GoPro internationally rather than domestically. He discovered that international distributors would pay up front when shipping from Hong Kong and that helped bolster the company.

So would Woodman have used Kickstarter instead of bootstrapping, like what Pebble did, which saw the smartwatch company rake in $10 million? He says he’d prefer the bootstapped route because as long as you’re not at the sacrifice of competitive advantage, it’s a powerful thing. It allows you to be totally devoted to your vision. He cites the time when GoPro bought a race car — Woodman became the chief R&D person specializing in race cars to understand GoPro’s use in the sport. If the company had investors early on, it might have received some criticism because they would have wondered whether it was a prudent use of funds.

In December, the company raised $200 million from Taiwanese manufacturer Foxconn at a valuation of $2.25 billion. Woodman says that the deal, which gives a 9 percent stake to the makers of consumer electronics devices such as the iPhone, an opportunity to build better relationships with distributors and other partners. But, GoPro hasn’t used any of the investment, at least not yet.

So will GoPro go public anytime soon? It’s certainly been delayed and Woodman wouldn’t answer whether it was planning an IPO in 2014. However, he does admit that the company is preparing for that eventuality, but says it’s a matter of do we want to versus do we have to. To date, its success has been purely organic, but it does appreciate having the choice.

As the interview closed out, Woodman was asked whether technology like Google Glass and smartphones is a hinderance to its growth. He says it’s not — it’s going to help augment GoPro’s usefulness and applicability. The smartphone isn’t hurting GoPro — it’s hurting traditional cameras because it’s opening up retail shelf space for GoPro cameras. Smartphones are also incredible devices for controlling the GoPro, both in helping to record and handle playback of videos. With Google Glass, it could enable heads-up, hands-free usage for the GoPro, offering up a more versatile way to use it.

Read next: Valve announces Steam Family Sharing beta coming next week, lets up to 10 devices access your games for free